Snow White: The Origins and Meaning Behind the Name

In early July 2021, a debate ensued on TikTok regarding the origins and meaning of the name "Snow White" after Disney announced a new live-action movie. 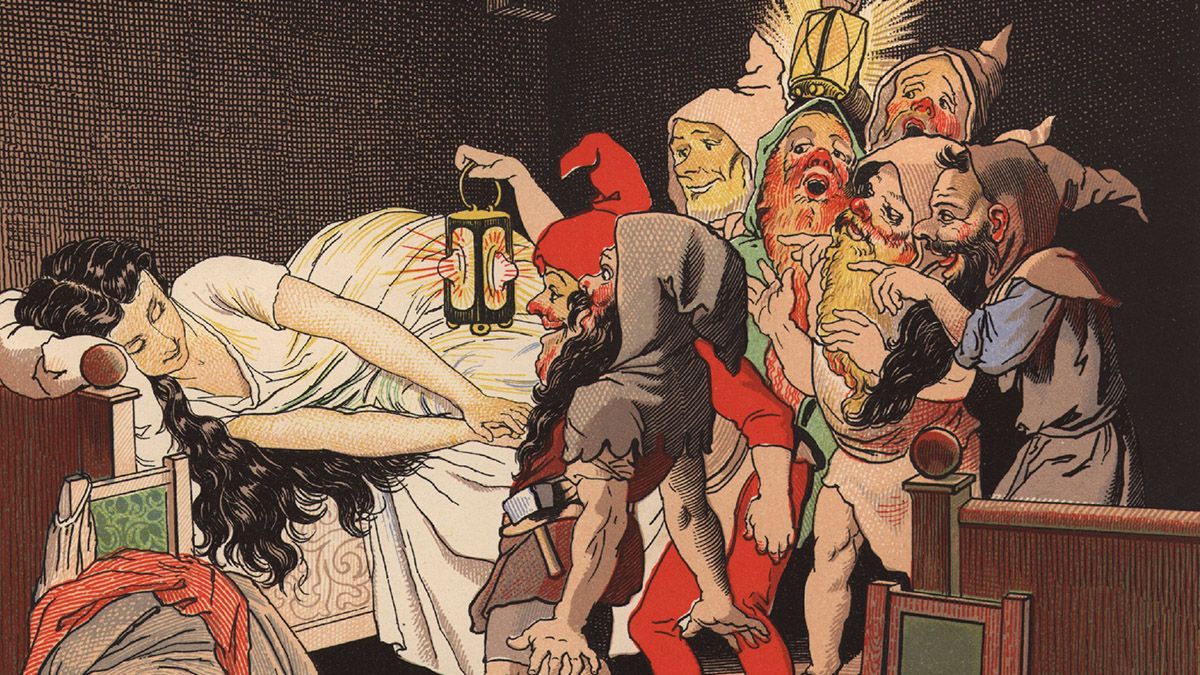 Claim:
Snow White was named for her physical appearance in the Brothers Grimm's tale from 1812.
Rating:

In early July 2021, creators in TikTok videos discussed whether the meaning behind Snow White's name was related to her appearance. In particular, there was debate over whether her name referred to her skin color.

We would like to note that Snopes.com does not agree with the offensive nature of the words from the first TikTok video below. They have simply been reprinted to lay out all the data for this fact check.

On June 22, 2021, TikTok user @definitelyaferret posted a new video, saying: "Oh. Disney is making another shitty live-action remake. This time of Snow White. Snow White. So let me guess. They cast a brown person to play Snow White even though the story originates from white cultural folktales and historically that would make fuck all sense."

At this point, @definitelyaferret appears to click on an article and asks: "Am I a psychic?" The video was viewed more than 400,000 times.

The TikTok user was referring to a story from the same day, first reported by Deadline, that announced: "'Snow White': 'West Side Story's' Rachel Zegler To Play Title Role In Disney's Live-Action Adaptation Of Animated Classic."

According to Decider.com, Zegler's casting marked "a step towards Disney diversifying its slate of Disney Princess characters." It also published: "Zegler, a New Jersey native, was born in 2001 to a mother of Columbian descent; her father is of Polish descent."

On July 1, TikTok user @blackbird451 responded to @definitelyaferret's video about Snow White and talked about the purported origins and meaning of her name, saying:

The adaptation that you know of, "Snow White and the Seven Dwarfs," produced by Disney in 1937 was actually adapted from the German Grimm Brothers folk fairy tale, "Schneeweißchen und Rosenrot." This translates to "Snow White and Rose-Red," written in 1812.

The characters' names in the Brothers Grimm's fairy tales is moreso a reflection of their circumstances than their actual names. Snow White is not called Snow White because she's white. Her name is "Schneeweißchen," or Snow White, because she dies, in the same way that Cinderella's name is Cinderella because she was forced to sleep by a fire.

The full remarks from @blackbird451 are available here. The video was liked more than 200,000 times.

It's true that the original story of Snow White was believed to be published in 1812, as @blackbird451 mentioned.

Readers interested in learning more about the unrelated tale, "Snow White and Rose-Red," can read it for free on Google Books.

The Meaning and Origins of Snow White's Name

As for Snow White not being "called Snow White because she's white," this appeared to be incorrect. While it's true Cinderella was named because of her circumstances, it's false to say that Snow White was also named for a similar reason.

Rather than simply consulting one source, we combed through various pages and book scans of the Brothers Grimm's tale to find the wording and verify the relevant part from the beginning of the story.

The beginning of the Brothers Grimm's original story of Snow White contained information about the meaning behind the name. It read as follows:

Once upon a time in the middle of winter, when the flakes of snow were falling like feathers from the sky, a queen sat at a window sewing, and the frame of the window was made of black ebony. And whilst she was sewing and looking out of the window at the snow, she pricked her finger with the needle, and three drops of blood fell upon the snow. And the red looked pretty upon the white snow, and she thought to herself, would that I had a child as white as snow, as red as blood, and as black as the wood of the window-frame.

Soon after that she had a little daughter, who was as white as snow, and as red as blood, and her hair was as black as ebony, and she was therefore called little Snow White. And when the child was born, the queen died.

In sum, in what is believed to be the original story from the Brothers Grimm, the meaning and origins of Snow White's name came from her mother and was based on appearance. The queen could have just as easily named her for the red she saw in her, or for her black hair. Instead, the fictional character named her daughter for appearing "white as snow," which seemed to refer to her skin color.