Do Snow Globes Contain the Antifreeze Chemical Ethylene Glycol, Which Is Dangerous to Pets and Kids?

A Facebook post about the tragic deaths of two dogs led to questions from readers about the dangers of the popular holiday tradition. 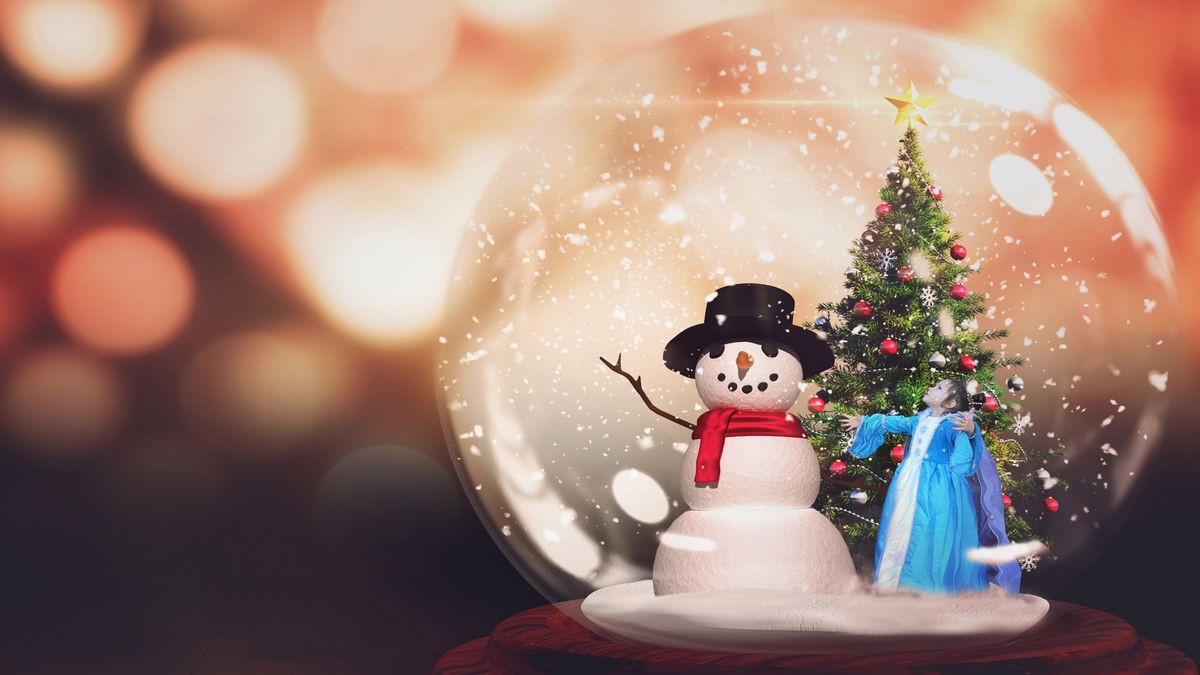 Claim:
Some snow globes contain the antifreeze ingredient ethylene glycol, which is dangerous to pets.
Rating:

The chemical is an ingredient in some, but not all, snow globes.

In December 2022, we received mail from readers that asked if the clear liquid inside of holiday snow globes contained the antifreeze ingredient ethylene glycol, which, if ingested, can be deadly to cats, dogs, and other pets. After a brief search, we were able to conclude that some snow globes do contain the chemical, and that it absolutely can kill animals, as well as children, too.

This wouldn't be our first fact check on the subject of snow globes. In the past, we looked into a rumor that claimed the first snow globe was created by accident. Was this true? Here's the answer.

We also previously published a fact check about a similar rumor that claimed a kitten died after ingesting ethylene glycol that had purportedly been sprayed on a Christmas tree purchased from Home Depot.

In this story, we'll lay out facts from credible sources and will talk about why readers chose this moment to ask about the subject. We'll also delve into the dangers that ethylene glycol poses to children.

As for the claim regarding ethylene glycol's dangers to animals, it's true that some, but not all, snow globes include a percentage of the chemical, which is "a highly-toxic substance to all pets," according to an article from the American Society for the Prevention of Cruelty to Animals (ASPCA).

A second article from the ASPCA educated readers that ethylene glycol is a chemical ingredient in antifreeze, and that "the sweet smell can attract pets to taste it, leading to potentially fatal intoxication."

We found a seemingly endless number of authoritative veterinary sources that expressed the same warnings about snow globes containing the antifreeze ingredient ethylene glycol and how ingesting it could be fatal to dogs, cats, and other pets.

For just one example, in 2007, Dr. Marc Smith of Natchez Trace Veterinary Services advised in The Tennessean newspaper that the liquid inside some snow globes contains 2 percent ethylene glycol. Smith also provided facts not just about the chemical in snow globes, but also the dangers of antifreeze:

Another source of ethylene glycol is decorative snow globes. The liquid inside contains 2 percent ethylene glycol. Shattered globes can be toxic to small dogs and cats. If veterinary treatment is not begun within a few hours of ingestion, one teaspoon of ethylene glycol can be fatal to a 10-pound cat, while one to two tablespoonfuls can kill a 10-pound dog.

Antifreeze poisoning occurs in stages. In the first stage the animal appears intoxicated, stumbling, depressed, and/or vomiting. The first stage can last from 30 minutes to a few hours. The second stage is characterized by intermittent seizures, increased urinations, and excessive thirst.

Finally, the kidneys will begin to shut down and 36-72 hours after ingestion the animal may slip into a coma. The longer treatment is delayed the more damage to the kidneys, thus the greater chance of the intoxication proving fatal.

If you suspect antifreeze poisoning, contact a vet immediately. This is not a "wait-and-see" situation.

More examples that expressed this very same guidance and sequence of symptoms can be found in newspaper archives from past decades on Newspapers.com.

The reason why readers were asking us about this subject in December 2022 was because of a story that had recently been posted on Facebook.

On Dec. 8, 2022, The Mirror reported on a dog trainer, Caroline Osbourn, who was "left heartbroken" after a Christmas snow globe killed her dogs.

I will be in touch with all clients at some point, but unfortunately all sessions this week are cancelled.

Yesterday we lost two of our dogs. One had managed to pull a Christmas snow globe from the shelf and as fast as I got to them and was wiping them and the floor, the liquid was everywhere.

The liquid didn't feel like water, so I googled snow globes and saw that some have antifreeze in them. I rang our vets who said to ring the toxology helpline. I did this and they said to get them to the vets straightaway, so I called them back and they saw them.

Treatment begun very quickly; induced vomiting, antidote and then they were put on drips as a precaution. With antifreeze poisoning the window for treatment is very slim, but we all acted fast.

Regardless 28 hours later Lexi passed away, followed by Milo 6 hours after.

I never knew some snow globes contained antifreeze. It only takes a very small amount to poison a dog or cat, and it's poisonous for us too. The liquid is apparently sweet, so pets will lick it.

Please if you have any snow globes be careful with them. I wouldn't wish this in my worst enemy.

We reached out to the Facebook page to learn more and will update this story if we receive additional details.

As for the chemical's dangers to humans, the National Center for Biotechnology Information (NCBI) published that the ingestion of ethylene glycol can also kill children:

Effects may be seen within minutes manifesting as inebriation, nystagmus, seizures, paralysis and coma. Sequelae include tachycardia, hypertension, calcium oxalate crystal formation in the urine and an anion gap metabolic acidosis. Hypoxia, congestive heart failure and acute respiratory distress syndrome can occur. After 24 h, renal symptoms typically predominate, which if left untreated, can lead to death from multi-organ failure.

In sum, it's true that some snow globes contain the antifreeze chemical ethylene glycol, which can be deadly to dogs, cats, and other pets, as well as children.

"Top Ten Holiday Dangers for Pets: What You Should Know." ASPCA, 29 Nov. 2016, https://www.aspca.org/news/top-ten-holiday-dangers-pets-what-you-should-know.