Such quantitative sounding claims are great for viral shares and page views but are meaningless when one digs into their origins. 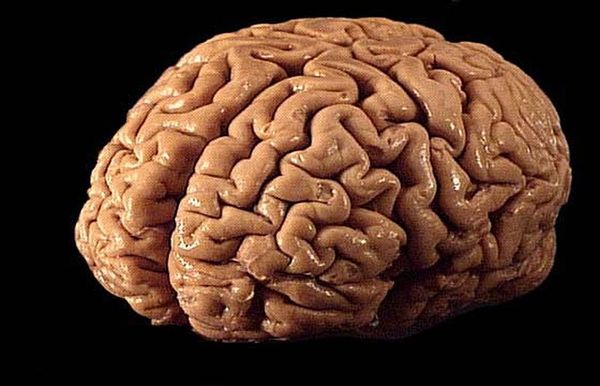 Rosemary has long been associated with memory enhancement in classical literature and in folklore. The herb makes a notable cameo in Shakespeare's Hamlet, for instance, when Ophelia describes the rosemary as “for remembrance.” More recently, the internet has been littered with a specific claim about rosemary and memory that purports to be scientific evidence in favor of this classically held notion: “Sniffing the herb can increase memory by 75%.”

This assertion -- that a scientific study demonstrated that sniffing rosemary can “increase” one’s memory “by 75 percent” (whatever that means practically) -- can be found on all the usual pseudoscientific natural health websites. “The results were remarkable: people had 60 to 75% chances of remembering things, compared with people who were not given rosemary essential oil!” Natural News exclaimed. “Study: Smelling Rosemary Increases Memory by 75%” proclaimed a David “Avocado” Wolfe headline<.

All of these claims have their origins in Daily Mail coverage of a 9 April academic presentation at the 2013 British Psychology Society annual meeting, given by a student working in the lab of professor Mark Moss, a psychologist at Northumbria University in Newcastle, U.K. Academic presentations are not peer-reviewed studies (despite Wolfe’s headline), and even when they are reported on in good faith (a stretch for the Daily Mail’s science desk), they need to be taken with grains of salt.

The talk at the 2013 meeting centered on a small-scale experiment in which a mere 66 participants were placed either in a rosemary-scented room or a non-scented room and asked to perform specific memory recall tasks, as described by the Daily Mail:

A team of psychologists at Northumbria University, Newcastle, tested the effects of essential oils from rosemary. Dr Mark Moss, who will present the findings today at the British Psychology Society conference in Harrogate, said the benefit of aromas was becoming clear through scientific investigation ...

Rosemary essential oil was diffused in to a testing room by placing four drops on an aroma stream fan diffuser and switching this on five minutes before people entered the room. Altogether 66 people took part in the study and were randomly allocated to either the rosemary-scented room or another room with no scent. In each room participants completed a test designed to assess their prospective memory functions ...

Researcher Jemma McCready said ‘The difference between the two groups was 60-75 per cent, for example one group would remember to do seven things compared with four tasks completed by those who did not smell the oil, and they were quicker.

The Daily Mail was one of several publications that covered this story back in 2013, most of whom appeared to have based their reporting on a press release put out by Northumbria University. In that press release -- and in all the other non-Daily Mail coverage generated by news outlets taking quotes from that press release -- researcher Jemma McCready did not make the statement about “the difference between the two groups was 60-75 per cent” in print. Unless she made that statement specifically to the Daily Mail, we cannot ascertain its source or its larger context. (We attempted to reach out to McCready to ask if she offered any formulation of this statement to the Daily Mail, but we were unable to reach her.)

Even if McCready did make this statement, however, it needs to be taken for what it is: an extremely reductive distillation of information that sounds good in a headline but means very little scientifically. It appears to stem solely from the observation that people in the aroma group — “for example” — “would remember to do seven things” while people in the other group only completed four tasks, and seven, mathematically speaking, is 75% more than four. The referenced tasks are part of a battery of tests used for memory research, and typically include challenges such as word recall, putting things in order, etc.

We asked Moss, the professor in whose lab the experiment was conducted, if it would be fair to rate such results as a “75% increase in memory,” and he responded via email that “I think [Daily Mail] missed a decimal point! 7.5% would be nearer the mark!”

A large part of Moss’ research, including the study at issue here, focuses on the chemical 1,8-cineole, which is a fragrant component of rosemary that, as Moss and colleagues found, can pass into the human bloodstream when sniffed, providing a potential chemical mechanism underlying rosemary’s memory effects.

Though research in this area remains active, many scientists have been moving away from the notion that specific chemical components in rosemary oil (or other essential oils) can affect memory directly. Rachel Hertz, a professor of Psychiatry and Human Behavior at the Brown University Medical School, who has authored several detailed reviews of the scientific basis for aromatherapy, told us via email that there is nothing special about rosemary or any other scent regarding memory, unless that memory is previously associated with a smell, in which case the aroma can serve as a “retrieval cue”:

"Rosemary can not in and of itself increase memory and the field has changed [away from that view]. Rosemary would be no better than any other scent to which an association to certain memories had been linked. However, if rosemary were linked to remembering certain information it would work as an effective retrieval cue."

Regardless of these debates, however, no robust scientific study has demonstrated that sniffing rosemary increases a human being’s memory by 75%.

British Psychological Society.   "Rosemary Aroma May Help You Remember to Do Things."     9 April 2013.