Was the Snapchat Crying Filter Inspired by Amber Heard?

Another rumor about the Depp v. Heard case makes the rounds. 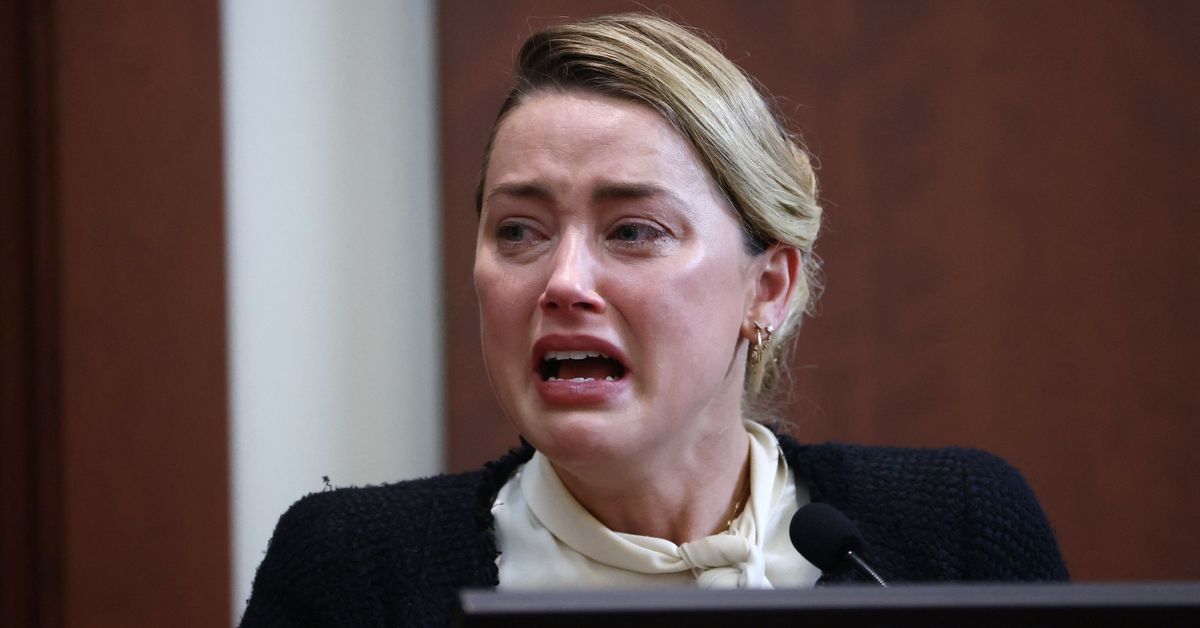 Claim:
The new Snapchat crying face filter is inspired by Amber Heard crying during her testimony about her relationship with Johnny Depp during their defamation trial .
Rating:

Photographs of Amber Heard crying during her testimony went viral as fans claimed it inspired a new Snapchat crying face filter, which the company quickly debunked.

In the spring of 2022, actors Heard and Johnny Depp, who divorced in 2017, went to trial to settle a defamation case pertaining to an article Heard wrote claiming that Depp had abused her during their marriage.

In the photograph, taken on the second day of her testimony, she is openly weeping, something online users claimed inspired a recent Snapchat filter that depicts users as crying, with their mouths turned downward in a similar way.

The claim is false however. A Snapchat spokesperson told gossip website TMZ there is no truth to the claim, and that the filter had been in development for six months. It was made available to the public in early May 2022. Snapchat also told the website that it would never “play coy” (TMZ’s language) in a domestic-violence case.

The filter has been widely popular across the internet:

In the second day of her testimony, Heard described volatile and violent moments in their relationship, including alleging that Depp penetrated her with a liquor bottle. "It [was] so easy for him to throw me around," Heard said. She also claimed that Depp threatened to kill her.

Since the high-profile trial began in April 2022, fans of Depp have engaged in online trolling of Heard, including spreading rumors surrounding her conduct and statements in court. While fans of both parties have displayed such behavior, the online campaign against Heard seems particularly heated.

Given that Snapchat directly debunked the claim to the press, we rate this as “False.”

“Among His Biggest Fans, Johnny Depp Has Already Won His Case.” Washington Post, https://www.washingtonpost.com/arts-entertainment/2022/05/04/depp-heard-trial-fans-devotion/. Accessed 13 May 2022.