Have Rattlesnakes Been Found Inside Pool Noodles?

In June 2018, an Arizona fire department warned local residents to check their pool noodles for rattlesnakes before taking a swim. 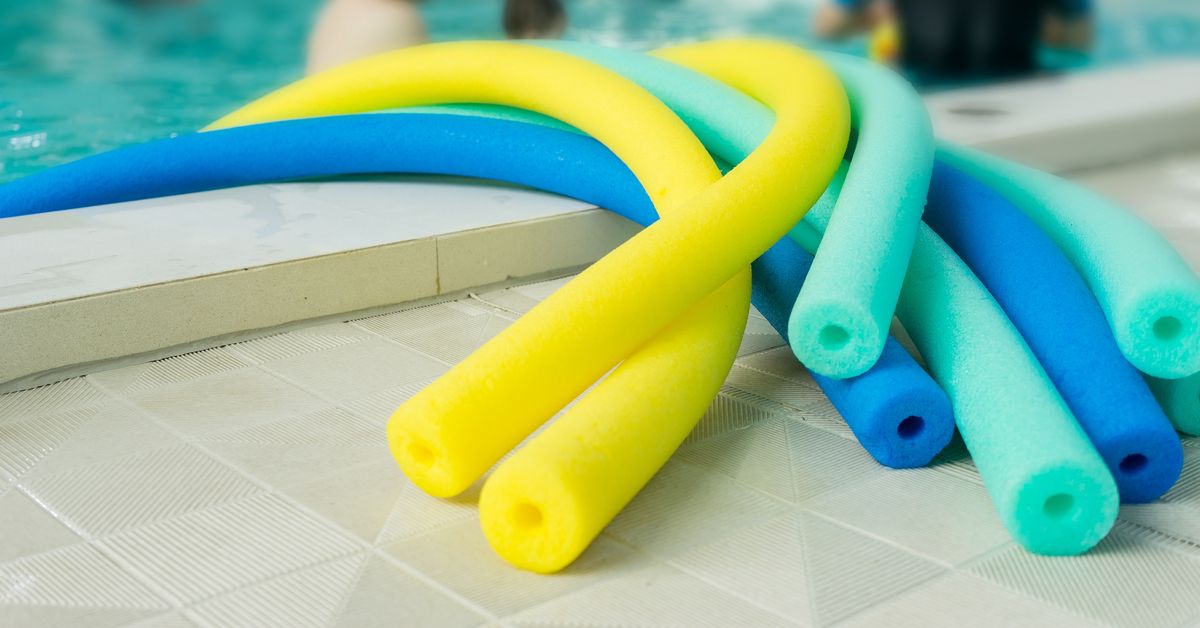 Image Via Have a nice day Photo / Shutterstock

In late June 2018, a number of media sources relayed a warning from the City of Buckeye (Arizona) Fire Department to the effect that residents should watch for rattlesnakes hiding in pool noodles (long, cylindrical pool toys, usually hollow, made of polyethylene foam).

According to USA Today, the warning — which was issued on Facebook — was based on a report the fire department received from a local resident:

Fire department officials in Buckeye, Ariz., warned on Facebook of the reptiles hiding inside pool noodles following a citizen's report claiming they discovered rattlesnakes and babies when they broke out the toy for use in the pool.

The department said following some research, they found reports of other types of snakes laying eggs inside the pool noodle or nearby pool noodles left outdoors near bushes or block fences.

"If you come into contact with a rattlesnake, or any other type of snake, stay calm," said the department.

The Facebook alert was posted on 23 June 2018, and was later edited to clarify a confusing statement suggesting that rattlesnake eggs had been found in a pool noodle (rattlesnakes don't lay eggs):

This story was passed on by one of our citizens-

After some research, we found that there have been reports of snakes (NOT RATTLESNAKES — they do not lay eggs) actually laying their eggs inside the pool noodle itself or around pool noodles that have been left outdoors near bushes or block fences.

If you come into contact with a rattlesnake, or any other type of snake, stay calm.

One of the worst things you can do when coming across a rattlesnake is to start panicking. Snakes rely on vibrations in the ground to determine where you are. If you start moving fast and abruptly, you’ll only scare the snake more.

If you’ve seen the snake before you came across it, give it a lot of space. You can easily walk around it without frightening it. Just keep in mind that rattlesnakes can coil up and strike at great lengths, so give it as much space as possible.

If the first indication of a rattlesnake’s presence is the sound of its rattle, you’ve already startled it. Instead of running, stay still. Chances are, the snake will stop rattling and slither off after it has calmed down. Humans are much bigger than snakes, so they don’t see any benefit in biting if it doesn’t need to protect itself. They’ll more than likely slither away to safety on their own.

If you have any questions relating to snakes and their behaviors, please contact Rattlesnake Solutions at 480-237-9975. They have some great tips and advice.

It was unclear whether the entire post was written by someone at the fire department, however, or parts of it were simply copied from the message passed along to them. It was also unclear whether firefighters had personally investigated and verified the details of the incident. (We reached out to the City of Buckeye Fire Department for clarification on these points but did not hear back by publication time.)

Rattlesnake experts interviewed by various news venues seemed to find it plausible that rattlesnakes would seek refuge from extremely hot weather inside pool noodles, though none cited specific instances of it having occurred before.

There is evidence that other kinds of snakes have been found in or near pool noodles, including a photo posted on the fire department's Facebook page showing what appears to be a harmless water snake under one of the pool toys: We also found a YouTube video uploaded in May 2018, which shows a snake (though it does not appear to be a rattler) being shaken out of a pool noodle:


At least one snake expert, Bryan Hughes, owner of Rattlesnake Solutions LLC. in Phoenix, Arizona, expressed skepticism about the accuracy of the initial report, suggesting in a blog post that it is best "taken with a grain of salt":

There are some aspects of the story that seem a little bit fishy, like a "very large" rattlesnake being in a space only a little larger than an inch in diameter, and the report of other snakes being in there, too. If it were mid-July, I can see how a rattlesnake could possibly be giving birth to other rattlesnakes in something like a pool noodle, but this early in the year, it’s very unlikely. I have personally found a mother Western Diamondback Rattlesnake with her newborn babies in pool toys several times, but if you do as the items above suggest, it shouldn’t be something to worry about at your house.

Hughes's safety suggestions included storing pool toys well off the ground or in a box, and installing snake fencing to keep snakes away from the pool in general. We asked Hughes how worried people ought to be, realistically, about encountering rattlesnakes in their pool noodles. He told us:

We do often find rattlesnakes at homes near pool toys and other pool equipment, including pool noodles. They are not attracted to the pool noodles, though, but to the moisture and cool shelter that is provided when pool toys are stored improperly on the ground or against a wall. During the hottest times of year, rattlesnakes estivate and seek out cool conditions where they can wait out the heat until monsoonal weather brings rain.

Home owners should be cautious and avoid creating such conditions that rattlesnakes could find attractive. While snakes can crawl into the opening of a pool noodle, it's something that should not be considered a serious threat and there is nothing in particular about a pool noodle that will attract rattlesnakes.

We have been advising that home owners focus on overall prevention measures, like habitat reduction and rattlesnake fencing, and not to worry about their pool noodles and enjoy their pools as they always have.

Cornett, Brandon.  "Which Snakes Lay Eggs, and Which Give Birth to Live Young?"   Reptile Knowledge.  2015.

Hughes, Bryan.  "Rattlesnakes and Pool Noodles. Do You Need to Freak Out?"   RattlesnakeSolutions.com.  25 June 2018.