Did Smugglers Abandon Two Young Children at the US-Mexico Border?

An image shared on Facebook purportedly showed two children after they had been dropped over a fence and abandoned in the desert. 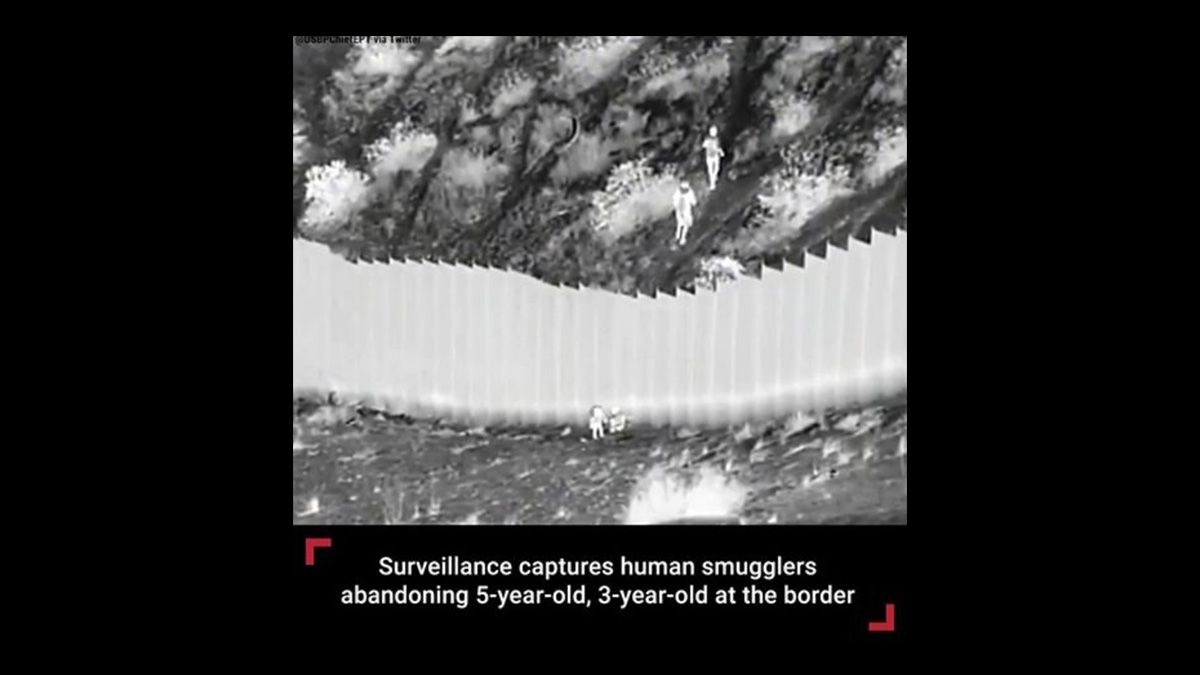 Claim:
An image showed a 3-year-old and a 5-year-old abandoned by smugglers at the U.S.-Mexico border in March 2021.
Rating:

On April 2, 2021, readers inquired about a picture shared on Facebook that purported to show smugglers running away from the U.S.-Mexico border fence after abandoning two young children. The image caption read: "Surveillance captures human smugglers abandoning 5-year-old, 3-year-old at the border." The top-left corner of the picture included a source: @USBPChiefEPT.

This was a genuine image. The source of the screenshot was a video tweeted by El Paso Sector Chief Patrol Agent Gloria I. Chavez.

The video was captured on March 30, 2021, in Santa Teresa, New Mexico. The young siblings, identified as Ecuadorian girls, were dropped over a 14-foot (4.27 meters) border barrier.

On Tuesday evening, a Santa Teresa agent utilizing camera technology observed a smuggler dropping two young children from the top of the approximately 14-foot-high border barrier. Immediately after both children landed on the ground, two smugglers immediately fled the area and abandoned the helpless little girls on the north side of the international boundary line.

The camera operator alerted Santa Teresa agents and directed them to the remote location of the incident. Responding agents found the three-year-old and five-year-old Ecuadoran children and rendered aid to them. The two toddlers are sisters and both were alert when agents made contact with them.

The minor children were transported to the Santa Teresa Border Patrol Station for evaluation by medical personnel. Agents contacted Emergency Medical Services and the toddlers were transported to a local hospital for precautionary reasons and further evaluation. The two girls were medically cleared and currently remain in Border Patrol temporary holding pending placement by Health and Human Services.

"I'm appalled by the way these smugglers viciously dropped innocent children from a 14-foot border barrier last night. If not for the vigilance of our Agents using mobile technology, these two tender-aged siblings would have been exposed to the harsh elements of desert environment for hours," said Chavez. "We are currently working with our law enforcement partners in Mexico and attempting to identify these ruthless human smugglers so as to hold them accountable to the fullest extent of the law."

The Associated Press reported that the number of migrants attempting to cross over the border into the United States "is at the highest level since March 2019."

In sum, it's true that a picture making the rounds on Facebook showed two young children abandoned by smugglers at the border.