Was Smithfield Foods Sold to China?

Smithfield Foods was sold to a Chinese company in 2013, but China won't be slaughtering and processing hogs raised in the U.S. and shipping them back to America. 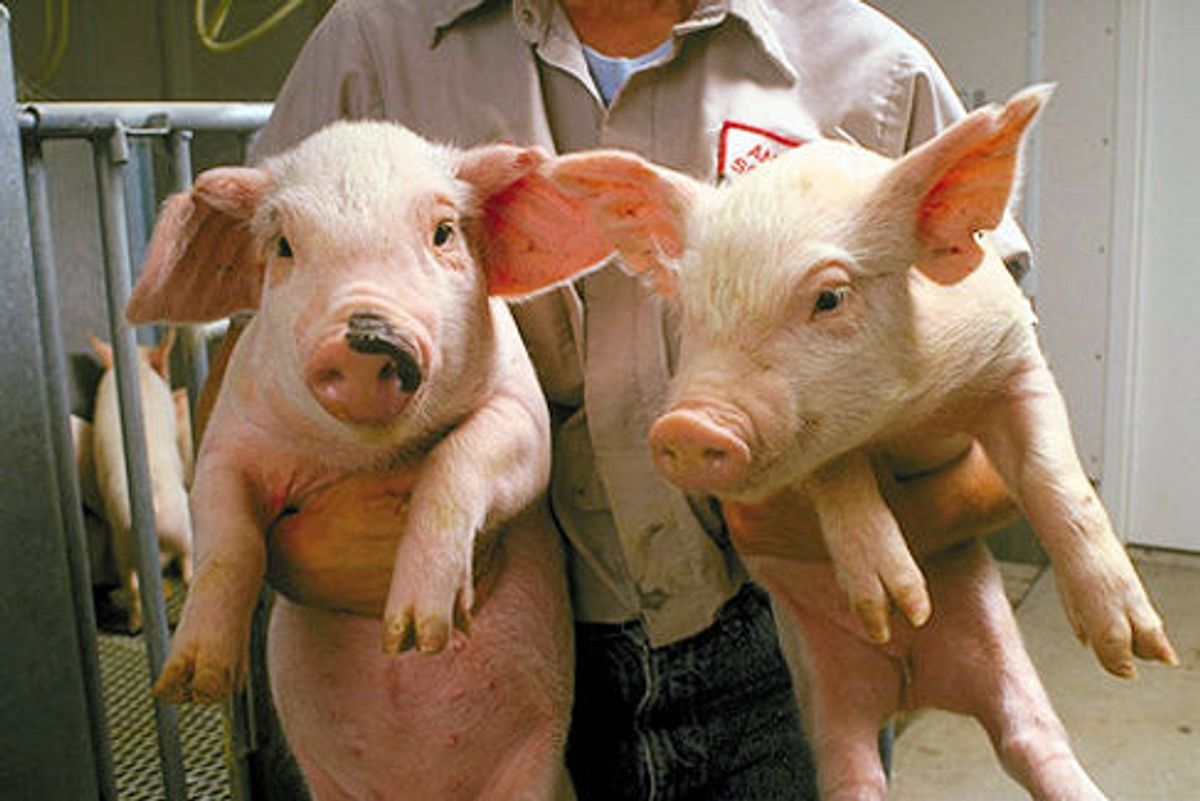 Claim:
Smithfield Foods was sold to a Chinese company, and China will be slaughtering and processing hogs raised in the U.S. and shipping them back to America.
Rating:

Smithfield Foods was sold to a Chinese company in 2013.

China will not be slaughtering and processing hogs raised in the U.S. and shipping them back to America.

In September 2013 Smithfield Foods was acquired by China's biggest meat processor, Shuanghui International Holdings, in the largest acquisition ever of a U.S. company by a Chinese one — a deal that raised concerns in America about a Chinese food company's controlling a major U.S. meat supplier.

In particular, alarmist messages shared via email and online message boards claimed that hogs raised in the United States would be slaughtered and packaged for sale in China before being shipped back to the U.S. to be sold to restaurants, supermarkets, and schools for consumption. Moreover, these messages claimed, U.S. Food and Drug Administration (FDA) rules would permit pork products handled in this way to be labeled "Raised in the USA," without specifying they were processed in a foreign country.

However, we could find no verification for the statement made in the item quoted above that henceforth, Smithfield "hogs will still be raised here [in the U.S.], but slaughtered and packaged for sale [in China] before being sent back here," labeled simply "Raised in the U.S.A." under FDA regulations. (The sale of domestic and imported meat in the U.S. is regulated by the Department of Agriculture, not the Food and Drug Administration.)

The major factor behind Shuanghui's acquisition of Smithfield was to secure a supply of pork to feed rising demand in China (a country that is now the world's biggest pork market), not to export pork products from China to the U.S.  Forbes magazine reported that:

The Chinese company is looking to reduce supply uncertainties that come along with the scarcity of livestock feed in order to be able meet the rising demand [for pork] at home. It also aims to reduce quality concerns at the same time by selling "American" meat to consumers in China.

Pork is the most popular meat in China as it forms more than three-fourths of total meat consumption in the country. The nation produced more than half the world's total pork in 2012, while consumers spent around $183 billion consuming it. Moreover, demand for the meat is only rising as disposable incomes of more than 1.3 billion people in China are rising.

As to the ultimate destination of the meat processed in China, Forbes reported that it would not be making its way back to America:

A Chinese acquisition of a U.S. processor doesn't mean that Americans will be eating crock Chinese cuts. The trade in pork is all the other way, and so is the technology transfer that Chinese firms crave as they seek to consolidate a fragmented, poorly run industry. Shuanghui isn’t looking to offload Chinese pork in Los Angeles. What it wants is to become the leading player in China.

Moreover, people engaged in that industry have told us that the notion of a Chinese-owned company raising hogs in the U.S., shipping them live all the way to China for slaughtering and processing, then exporting the meat back into the U.S. would be prohibitively cost-inefficient — especially since the slaughtering and processing infrastructures already exist in the U.S., and the Chinese domestic market for pork is far, far larger than the U.S. market for pork.