Is This 'Smiling' Sun with 'Smiling' Birds Photo Real?

A photograph seemingly captured three birds flying in a 'smile' formation in the sky with a 'smiling' sun. 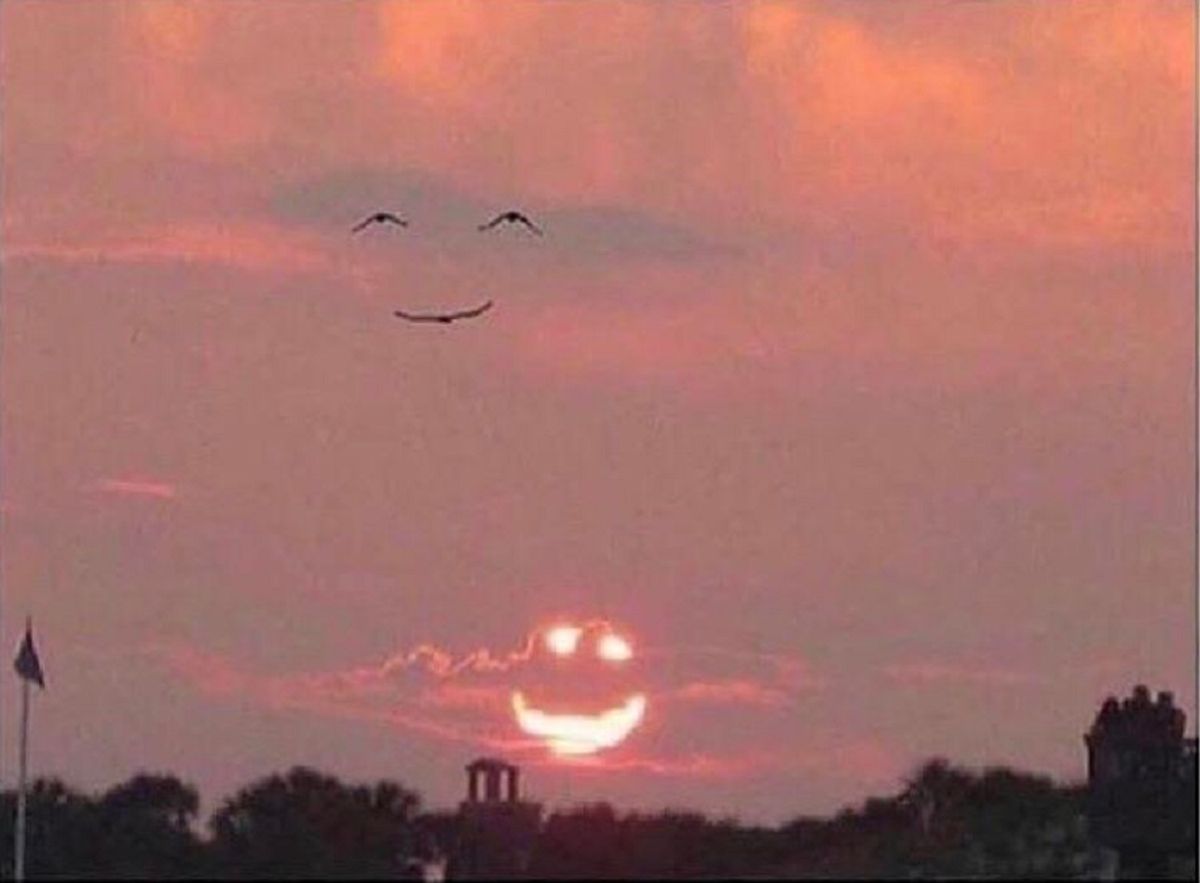 Claim:
A photograph shows three birds flying in a 'smile' formation in the sky with a 'smiling' sun.
Rating:

A photograph purportedly showing three birds flying with their wings in a position resembling a smile, near a partially cloud-covered sun that also resembles a smile has been circulating online for several years.

This image has been digitally altered, however, and is a composite of at least two different photographs.

The image of the sun first appeared online in 2010 when it was published to Reddit. The poster did not take the photograph but indicated it had been snapped in Sandestin, Florida: The image of the 'smiling' birds has been circulating online since at least 2008, when it appeared on the web site of Tokyo blogger Mari Kanazawa (although it's unclear if Kanazawa actually took the photograph): The image showing "smiling" birds near a "smiling" sun was clearly created from two other photographs, and since we were not able to track down the exact origins of those images, it's possible that they too were manipulated.