No, Sloan Kettering Scientists Did Not Discover That mRNA Vaccines 'Promote Cancer'

Reporters at Natural News would apparently be shocked to learn that mRNA molecules are already present in every cell of their bodies. 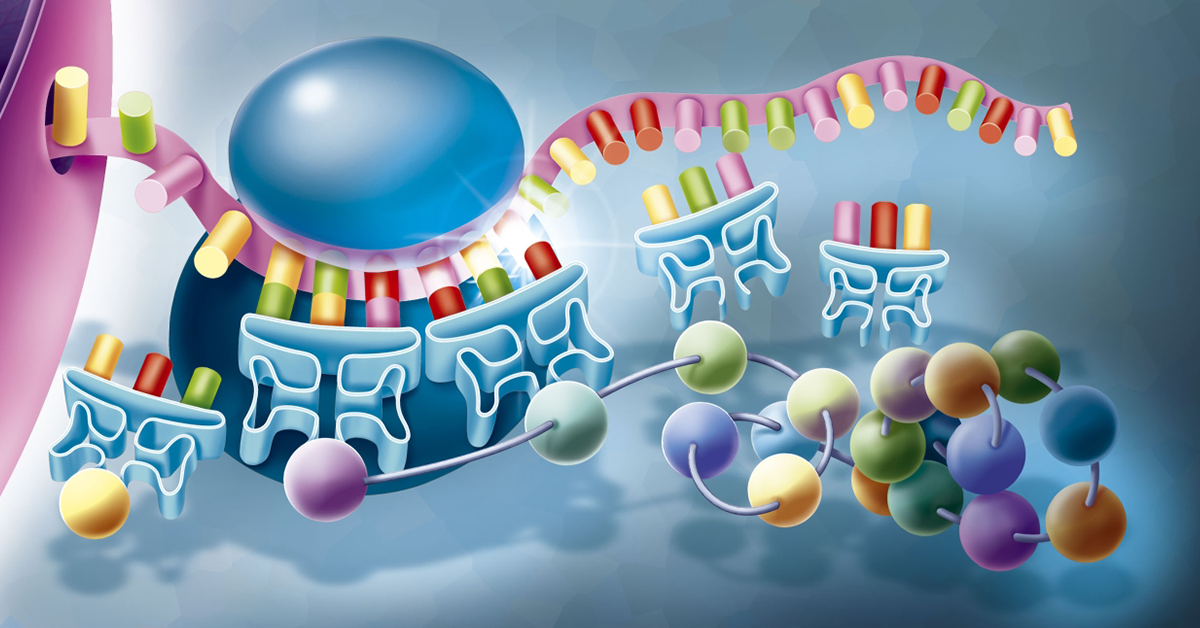 Image Via BSIP/UIG Via Getty Images

Claim:
According to research by scientists at the Sloan Kettering Institute, mRNA vaccines may interfere with tumor-suppressing genes in a way that could promote cancer.
Rating:

On March 2, 2021, the conspiracy theory and snake oil-promoting website Natural News published what it purported to be a "medical shocker" with direct relevance to COVID-19 mRNA vaccines. The story implied that the mRNA (messenger RNA) used in COVID-19 vaccines such as the Pfizer and Moderna shots could result in blocking or altering proteins that the body uses to fight tumor growth. Natural News based this comically flawed conclusion solely on a news release that described research performed by a team at the Sloan Kettering Institute on a wholly unrelated topic that was published in 2018 — well before the emergence of COVID-19.

The research that Natural News mangled in its story concerns a specific kind of blood cancer known as chronic lymphocytic leukemia. Cancerous cells in this disease do not always present many (or sometimes any) mutations or alterations in their DNA. This is counterintuitive, because DNA coding errors are broadly thought to be the cause of the uncontrolled cell division that characterizes cancer. The Sloan Kettering researchers proposed a mechanism to explain the discrepancy. The scientists posited that "mRNA itself may carry cancer-causing changes" through transcription errors that produce proteins which interfere with anti-tumor cells.

Natural News used this finding to suggest that all mRNA — a genetic molecule needed to create proteins which necessarily exists in all the cells of all the life forms that have ever existed on this planet — is itself a cancer causing agent. "In a medical shocker to the whole world of vaccine philosophy," Natural News wrote, "scientists at Sloan Kettering found that mRNA itself carries cancer CAUSING changes … This is the complete opposite of what the CDC and the vaccine manufactures are telling everyone right now about the Covid vaccines."

Here's the problem with authoring a fear-mongering article about a biologically necessary molecule: It might make you look like a charlatan who has never heard of RNA and who — perhaps on a deadline — typed the words "mRNA" and "cancer" into a search engine, found a press release, and decided that your work was done.

Below, we explain why this approach failed.

How Do mRNA Vaccines Work?

To understand a mRNA vaccine, as we explained in an earlier debunker, one first has to understand the basics of how cells and the genetic material they contain work. A cell contains a nucleus, which is separated from the rest of the cell by a membrane known as the nuclear envelope, and the cytoplasm, which contains several organelles floating around in the non-nucleus part of the cell. An organism’s primary genetic material is a series of DNA molecules known as chromosomes that are found in the nucleus. The code contained in these chromosomes, essentially a massive library of protein creating instructions, is what is passed onto new cells when a cell makes copies of itself.

The DNA, stored away safely in the nucleus, gives instructions to the rest of the cell on what proteins to build. To make a long story short, these instructions are sent from the nucleus of the cell in the form of messenger RNA (mRNA), which travels through the cell’s cytoplasm into an organelle called the ribosome. The ribosome is kind of like a protein-creating factory, and the mRNA is akin to a work order sent by floppy drive to the factory.

The goal of a mRNA vaccine is to get a "work order" to the cell's ribosome that did not originate in the nucleus. Instead, mRNA vaccines bypass entirely anything to do with the nucleus of a cell by introducing small bits of mRNA that are able to enter a cell's cytoplasm pre-programmed with a specific "work order" to produce a spike protein associated with the SARS-CoV-2 virus. By generating these proteins, a person's immune system creates antibodies against those spikes without being exposed to the virus itself.

Why Is the Sloan Kettering Research Not Relevant to mRNA Vaccines?

The only connection between the Sloan Kettering research and mRNA COVID-19 vaccines is that both areas of scientific inquiry use the word "mRNA." The Sloan Kettering researchers were studying specific kinds of gene transcription errors that occur during the transfer, via mRNA, of genetic information from the nucleus of a cell to the protein-factory that is the ribosome.

As described in the 2018 Sloan Kettering news release, the length of the gene-producing code transcribed by the mRNA is often shorter than the DNA found in the nucleus from which it was copied. "That’s because the useful pieces of information in DNA, called exons, are often separated by blocks of sequences that are not needed. These unnecessary parts, called introns, must be cut out to make a final product."

Problems can occur, however, if the mRNA copy is truncated — i.e., missing important protein-coding sequences found on a gene's exon. In those cases, "the protein made from that mRNA will also be truncated. It may no longer function properly."  The specific hypothesis proposed by the Sloan Kettering team concerned a blood cancer known as chronic lymphocytic leukemia. In that disease, they suggested, mRNA transcription errors could lead to truncated and broken tumor suppressing proteins and therefore the promotion of tumor growth.

Such a finding could be significant, as it would provide a mechanism for chronic lymphocytic leukemia specifically, and potentially other cancers in general, that would not show up on DNA tests. "These findings help explain a long-standing conundrum, which is that [chronic lymphocytic leukemia] cells have relatively few known DNA mutations," the news release explained. "In effect, the mRNA changes that [Sloan Kettering researcher] Dr. Mayr’s team discovered could account for the missing DNA mutations." The findings are significant for understanding cancer in general, and for cancer diagnostics specifically. "Cancer diagnostics may need to change to include these previously unknown cancer drivers," the news release concluded.

The mRNA contained in COVID-19 vaccines is a specific, synthetically created bit of code that is completely ready for the ribosome. The creation of synthetic mRNA has long been possible, and is a common part of genetic research. The process means we know exactly, down to the specific genetic sequence, what mRNA is being introduced in our body. Because this code requires no cellular-level copying before it performs its function, there is no chance for the aforementioned transcription errors.

Natural News appears to be under the impression it has uncovered a huge medical secret about mRNA. Its claim is comically simple: mRNA (doesn't matter what kind) causes cancer. In reality, the research Natural News invoked suggests that mRNA transcription errors — not the blanket appearance of a molecule in every cell in every organism on Earth — can create flawed proteins to suppress anti-cancer activity leading to or exacerbating one specific form of cancer.

Transcription errors hold no relevance to mRNA vaccines because the entire transcription process is bypassed at the cellular level. Further, the proteins created by the mRNA sequences studied at Sloan Kettering have no relevance to COVID-19 spike proteins. After Natural News published its piece, Sloan Kettering had to add a boldface disclaimer to the news release: "It’s important to note that mRNAs are a normal component of all cells and the specific ones discussed here are not involved in mRNA-based vaccines, like the one developed against SARS-CoV-2."

Because mRNA transcription errors invoked in a 2018 study on an unrelated disease refer to genetic sequences, proteins, and cellular mechanisms that are not present, created, or utilized in COVID-19 mRNA vaccines, and because the researchers who wrote the paper that Natural News exclusively relied on reject the interpretation made of their work, the claim is "False."