Was 'Slenderman' Spotted in Disney's 'Beauty and the Beast'?

Beauty and the Beast ... and the supernatural creepypasta character? 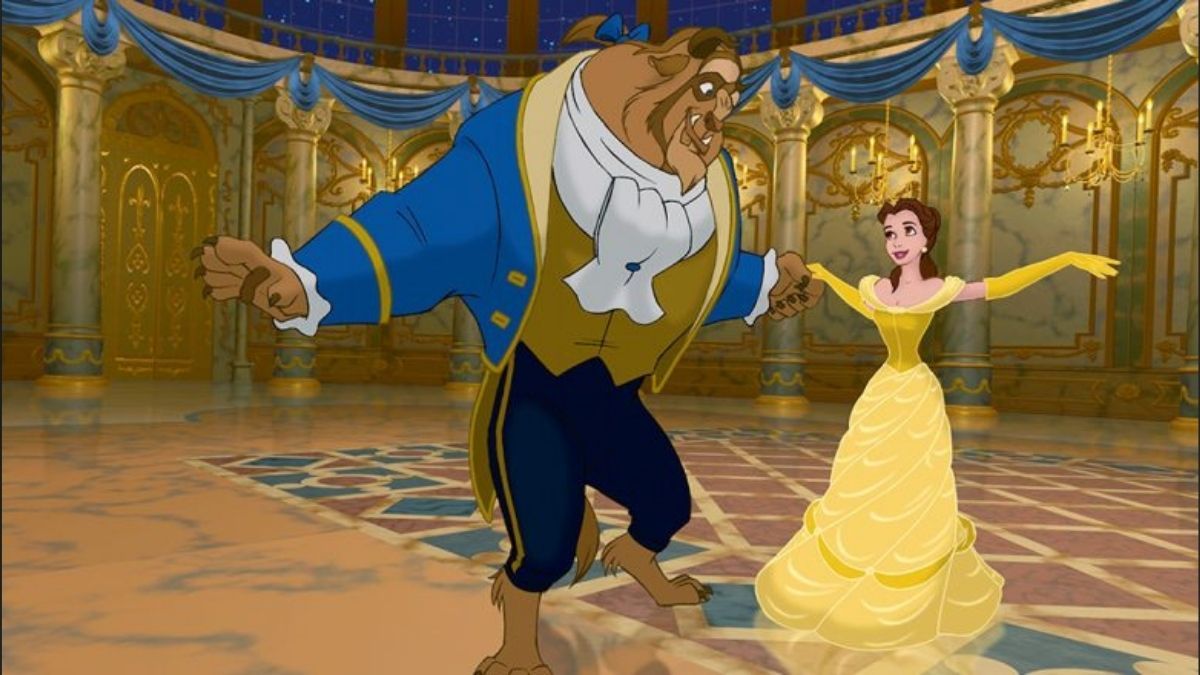 Claim:
An image of "Slenderman" can be glimpsed in the 1991 Disney movie "Beauty and the Beast."
Rating:

In February 2021, a viral video on TikTok supposedly showed "Slenderman," a tall, creepy, and entirely fictional horror character in the background of a scene from the 1991 animated Disney movie "Beauty and the Beast."

At the time of this writing, this TikTok had approximately 3 million views. Another version that featured the TikTok user reacting to their original video had another 3.5 million views.

These videos do not show a genuine clip from the movie "Beauty and the Beast" with Slenderman walking by in the background.

We viewed the ballroom dance scene on Disney Plus (as well as unofficial versions on YouTube) and did not find any trace of Slenderman. In May 2019,  Beauty and the Beast Movie Channel on YouTube posted a video that showed four versions of this scene from VHS, DVD, Blu-Ray, and 3D Blu-Ray. Again, no Slenderman.

The original TikTok video offered more clues. For instance, one of the included tags is "JankyFX." In other words, the viral video featured extremely poor digital edits.

Furthermore, this TikTok user, Matty Deaks, is well-known for digital edits and appears to have a penchant for superimposing Slenderman into old Disney movies. In February 2021, Deaks produced videos that supposedly showed Slenderman in "Moana," "Ratatouille," "Cinderella," "How to Train Your Dragon," "The Incredibles," and "Frozen 2."

A number of Disney movies truly contain some curiosities, but the videos of Slenderman lurking in the background of "Beauty and the Beast" are photoshopped creations.