Yes, Skittles Is Bringing Back Its Lime Flavor

And the internet had a few things to say about it. 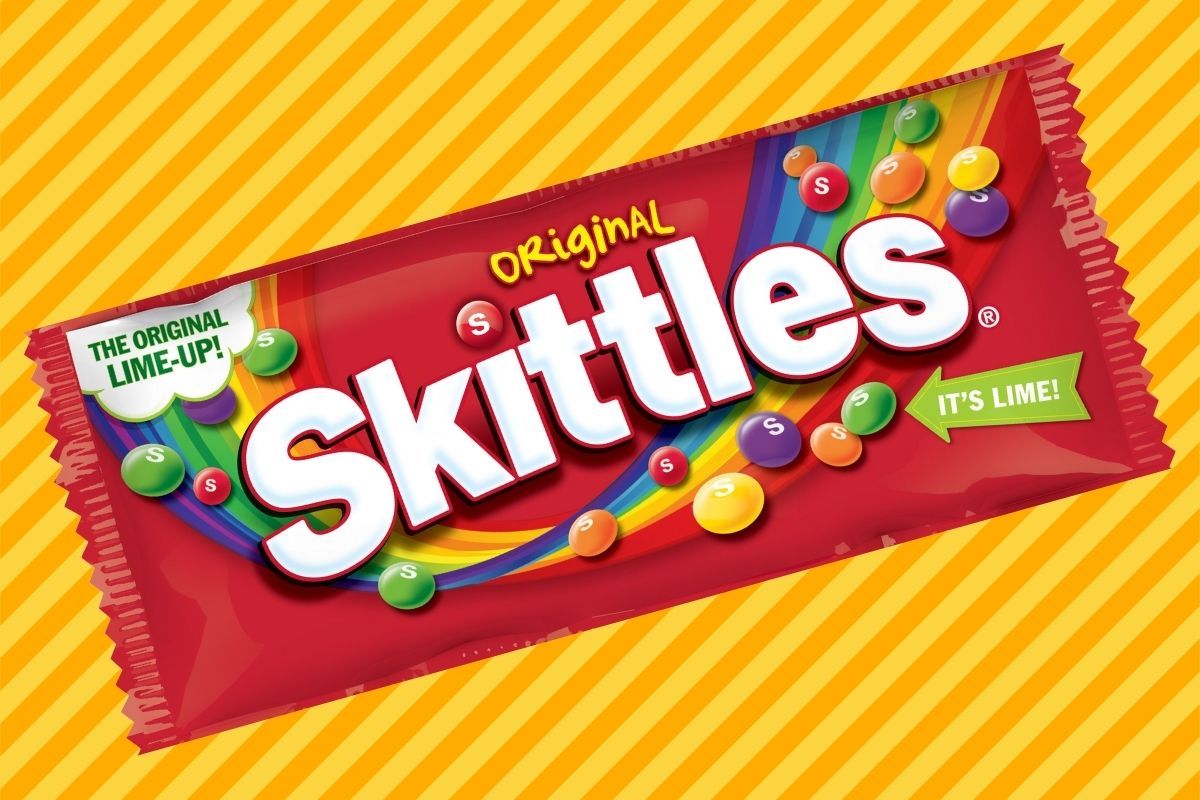 Here’s a Skittle something to sweeten your day: October marks the month that the rainbow-hued, bite-sized candies welcome an old friend back to the group. In late September 2021, Mars Wrigley Confectionery, the owner of Skittles, announced a decision to nix the green apple flavor in favor of reinstating lime.

Even the “unpaid intern” had something to say about it —

“It's the moment Skittles fans have been waiting eight years for. Today, the Skittles brand announced that its infamous Lime flavor candies are returning to the rainbow permanently in Skittles Original packs,” wrote the company.

Lime will rejoin its four other fruity comrades — strawberry, orange, lemon, and grape — on select shelves in October, with a national rollout over the following months.

“It's no secret that lime has been a hot topic for Skittles fans since we replaced them with green apple back in 2013. Green apple has had a good run, but the fans have spoken and it's time for lime to return to the rainbow," said Fernando Rodrigues, Mars Wrigley senior brand manager.

"What better way to bring better moments to our loyal fans, than with the return of the most asked about flavor? The joy of lime can't be denied anymore. It is back. This time for good."

And speak they did. An online petition started in 2016 on the platform Change.org asked the "people of Skittles" to "bring back the lime Skittles" and had garnered 6,790 signatures at the time of this writing. It read:

We've got a problem. Enough is enough. It's time to do away with this Green Apple bullsh*t and bring back the lime skittle. We know why you changed it, and we understand. We're not upset with you; we just want our darling lime back.

The other issue we have with Green Apple is that you tried to slyly change the flavor. Have a little more faith in us than that. You kept the green the same color, and you continue to market the product as "Original" even though it's certainly not. You could have given us some sort of warning; instead, each of us, sometime near the end of 2013, had the biggest let down of our lives. Nothing's worse than being prepared for a heavenly handful of Original Skittles only to endure the disgust of green apple.

Lime was among the original five flavors introduced in 1979 but was phased out in 2013 when it was replaced with green apple, which “broke the hearts of lime fans everywhere.” According to online rumors, lime was phased out after market research revealed that sour apple tested higher than the lime flavor. When asked why the company initially phased out the lime color, a Skittles spokesperson said that the company is "always looking for opportunities to give fans a variety of flavors and textures to enjoy the rainbow, which was why Green Apple was introduced in the first place – to give fans a new taste experience as part of the original packs!"

The spokesperson added that "over the last eight years, while many have loved their time with Green Apple, the majority of consumers have spoken and they want Lime back. We’ve actually had over 130K mentions of lime, so fans haven’t been shy about their desire for its return."

The decision to replace lime prompted a nearly decade-long debate over whether lime should return to the tasty rainbow — and a movement marked by its own Twitter hashtag.