A video showing a man haplessly wiping out on a hoverboard has been altered to portray him as an exploding suicide bomber. 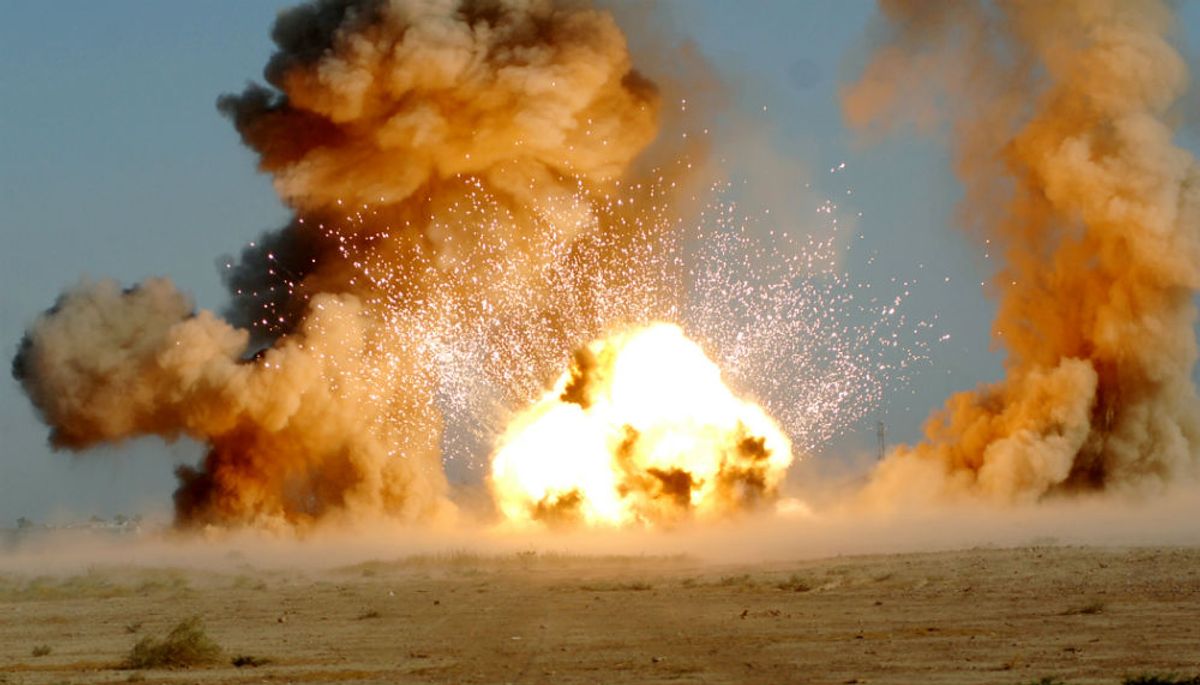 Claim:
A video shows a suicide bomber exploding after falling off a skateboard.
Rating:

A video purportedly showing a man exploding into a ball of flame after falling off a skateboard is frequently shared online accompanied by suggestions that the hapless rider was a terrorist or suicide bomber who was hoist by his own petard:

Who would ever expect a simple skate board would SAVE so many lives?

I COULD WATCH THIS ALL DAY!

The truth is I watched this several times, as it only lasts about 5 seconds. And, you do NOT have to turn up the volume. Just watch and enjoy. Praise Allah!

The claims attached to this video are wrong on many accounts. There's no evidence that the person depicted in this footage is a terrorist, suicide bomber, or a member of ISIS; he's actually riding a hoverboard (i.e., self-balancing scooter board), and not a skateboard; and the explosion at the end of the clip is an added digital effect.

The original video (tagged as having been shot in Dubai) features a man riding a hoverboard who simply loses his balance and is sent sprawling to the pavement (without exploding or bursting into flame):

Adding an explosion effect at the end of a video is a common tactic employed by online jokesters. For instance, this Pomeranian did not really explode after falling down a couple of steps: