Did Sinema Have 'Let Them Eat Cake' Moment While Voting Against Raising Minimum Wage?

Some compared her to the last queen of France before the French Revolution. 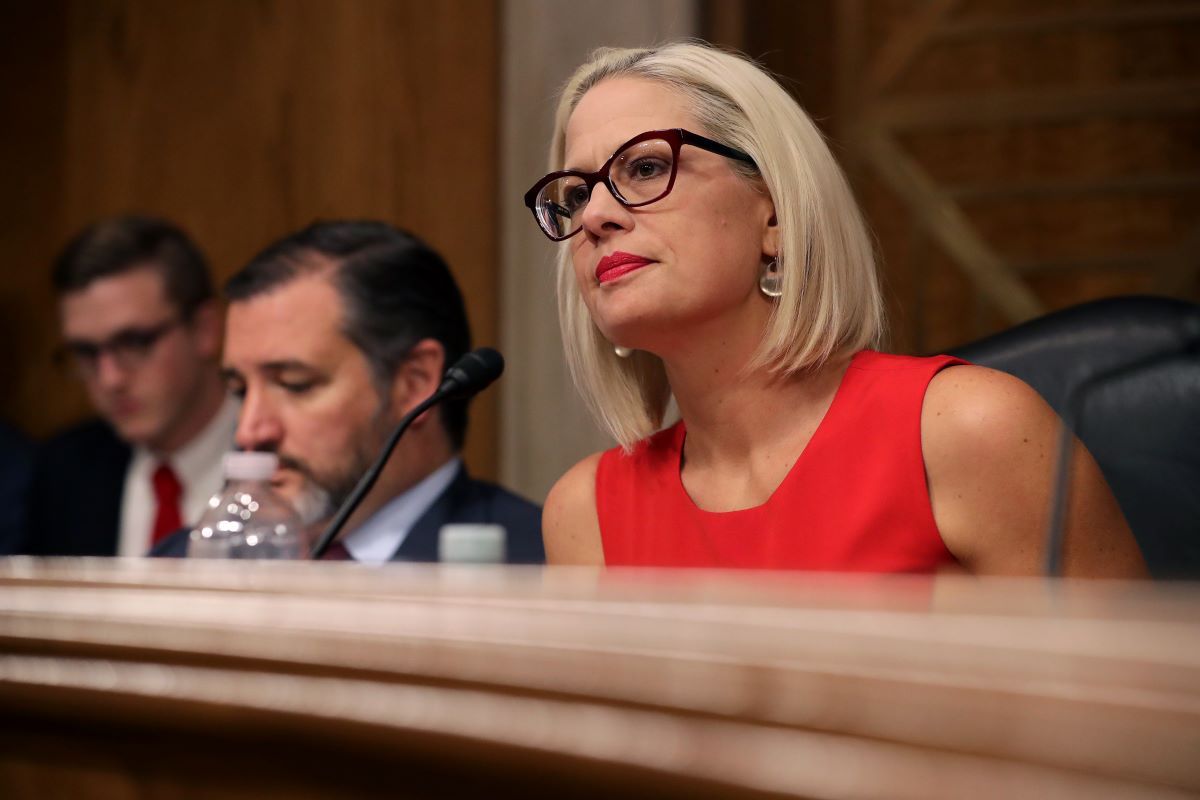 Claim:
U.S. Sen. Krysten Sinema brought cake to the Senate when she voted against including a federal minimum wage increase in a $1.9 trillion COVID-19 relief package, prompting comparisons to Marie Antoinette's alleged remark about her impoverished subjects, "Let them eat cake."
Rating:

It's true that Sinema voted "no" on including a federal minimum wage increase in a $1.9 trillion COVID-19 relief package being debated in the Senate. She also brought cake.

Although the cake offering reminded some people of Marie Antoinette's alleged "Let Them Eat Cake!" remark about her starving subjects, Sinema's cake was unrelated to her vote. It was reportedly for Senate floor staff forced to work through the night reading aloud the COVID-19 relief bill at the request of Wisconsin Republican Ron Johnson.

On March 5, 2021, Twitter users expressed anger that U.S. Sen. Krysten Sinema, D-Arizona, appeared to vote against including a minimum wage hike in a COVID-19 economic relief being debated in the Senate with what was viewed as too much panache.

Reports that Sinema also brought a cake to the Senate inspired some to compare her to Marie Antionette, the last queen of France before the French Revolution who was, as the story goes, reviled for obliviously saying "Let them eat cake" in reference to her starving subjects. (There is little or no historical evidence, however, that she ever actually said it.)

Sinema's cake was unrelated to her vote on including the minimum wage in the pandemic relief bill, however.

Igor Bobic, politics reporter for the Huffington Post, followed his earlier tweet with more detail about the cake, reporting that Sinema brought it for Senate staff who were forced to work through the night reading the COVID-19 relief bill out loud at the request of U.S. Sen. Ron Johnson, R-Wisconsin, to stall the bill moving through Congress.

Sinema released a statement the day of her vote communicating that she supports a minimum wage hike but believes it should be considered separately from the COVID-19 relief bill.