An image showing a cartoon Donald Trump in a coffin was purportedly featured on 'The Simpsons' animated TV series. 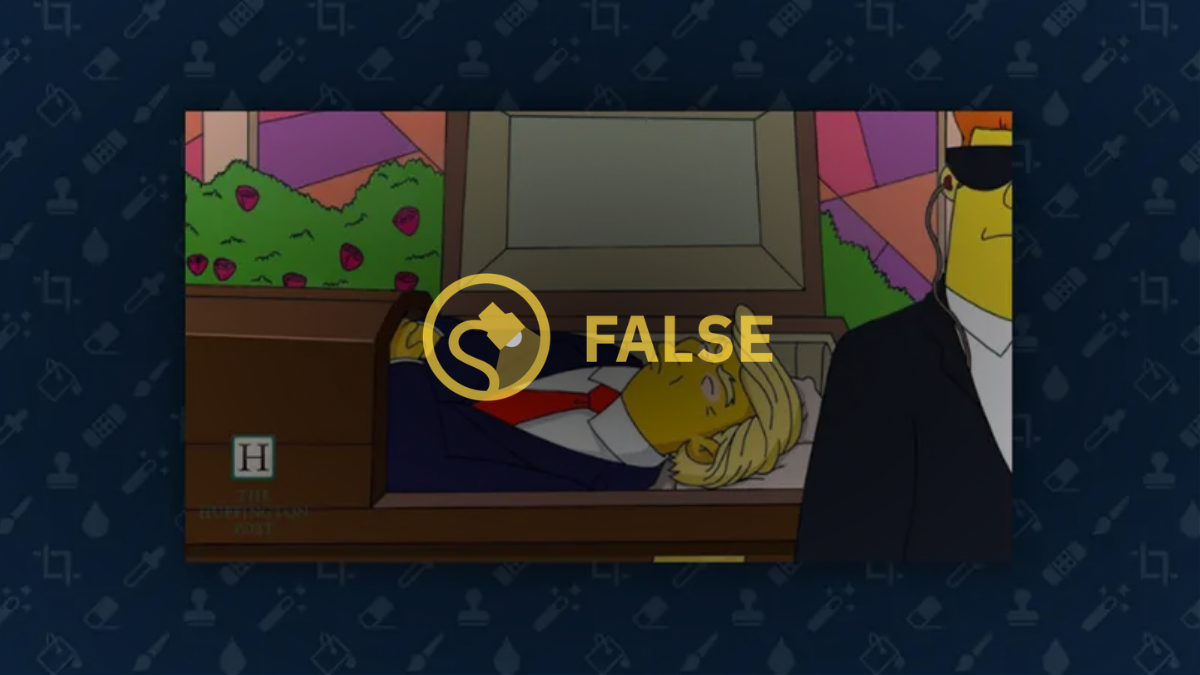 Claim:
'The Simpsons' predicted President Donald Trump's death and showed him lying in a coffin.
Rating:

In February 2017, an image purportedly showing a still shot from an episode of the long-running animated television series The Simpsons, featuring a depiction of President Donald Trump lying in a coffin, was circulated on social media: This image was frequently shared along with messages stating that The Simpsons were foretelling President Trump's death, since the show has reportedly predicted so many other major events:

The Simpsons have shown impressive ability to predict the future, we have witnessed horrifying events that have come true and that without doubt have passed into history, as in the case of the fall of the twin towers , The emergence of Ebola, video calls, the triumph of Donald Trump as President of the United States and this, just to mention a few, however, recently The Simpsons have brought to light a new prediction that could undoubtedly mark the world and Is the death of the current president.

There are several problems with this claim.

First, the above-displayed image was not taken from an episode of The Simpsons (nor did it appear in an article by The Huffington Post promulgating this rumor, as the watermark suggests). According to a Spanish-language video from Badabun, which had more than 1 million views at the time of this writing and was largely responsible for spreading this rumor, the image first appeared in a thread on a 4chan.org forum.

An English-language video was also circulated about this theory.

In addition to the unofficial origins of this image, these videos are questionable because they used previously debunked "Simpsons predictions" in order to lend credence to their claims. For instance, the clip of Trump's riding down an escalator aired after Trump had announced that he was running for president, not before.