Did 'The Simpsons' Predict Autocorrect? 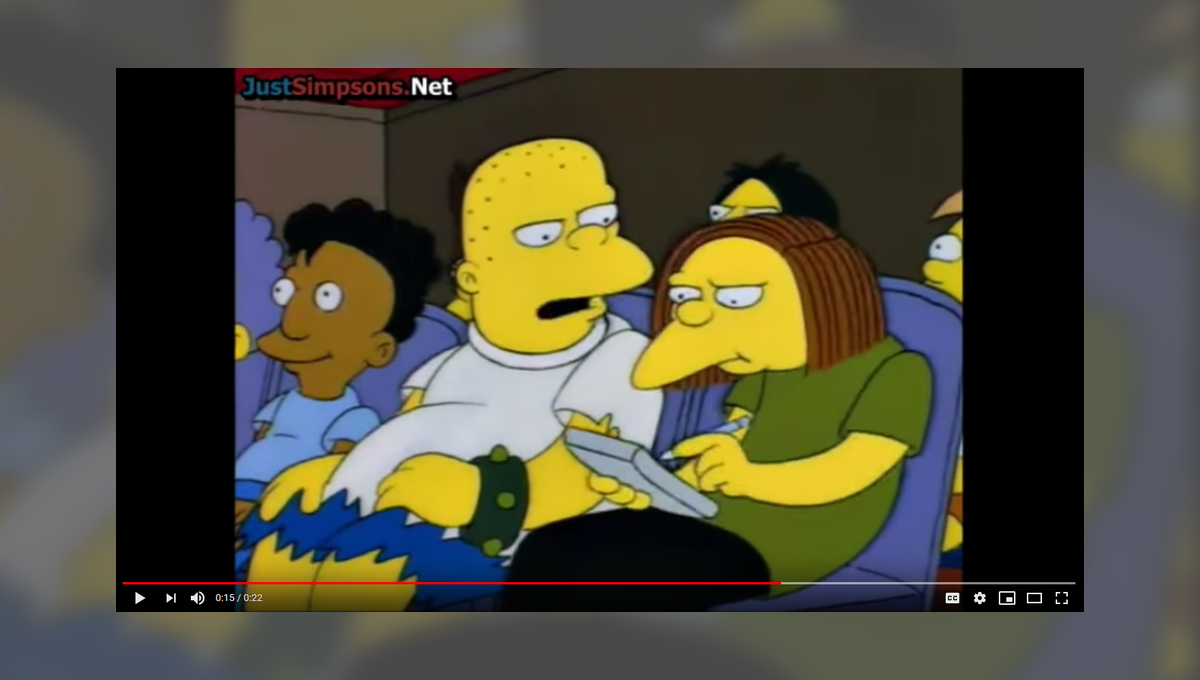 Claim:
The show "The Simpsons" predicted the common autocorrect feature on phones, tablets and computers.
Rating:

On Nov. 13, 1994, an episode of "The Simpsons" entitled "Lisa on Ice" aired on the Fox television network that featured a visual gag of text on a mobile device's screen changing from "Beat Up Martin" to "Eat Up Martha." This led many to claim that "The Simpsons" had "predicted" autocorrect.

Former NFL player and radio host Pat McAfee, for instance, outlined this claim in a popular episode of the "Pat McAfee Show":

“Auto correct errors. 1994. Before you could even play snake on the grey little box phone, they predicted that auto correct would happen ... Didn't happen until 2007.”

It would be pretty amazing if "The Simpsons" truly predicted the invention of autocorrect. However, that didn't happen.

When "Lisa on Ice" first aired in November 1994, autocorrect was already a feature available in Microsoft Word. According to The New York Times, Microsoft was advertising the feature as early as October 1993, more than a year before "Lisa on Ice" aired:

“How fast will new Word 6.0 fix typos? How fast can you make them?” asked an advertisement in a computer magazine from October 1993. The newest version of Microsoft’s word processor came with a brand-new feature called AutoCorrect. Type in “SHip teh cartons friday,” and the program would correct your text to “Ship the cartons Friday.”

While autocorrect existed prior to this episode of "The Simpsons" (severely handicapping the show's ability to predict it), the joke in "Lisa on Ice" is actually commenting on another technological innovation: handwriting recognition.

The Apple Newton was one of the first personal digital assistants (PDAs), which hit the market in 1993. While it was an innovative product for its time, it also had problems. The device's handwriting-recognition software, for instance, wasn't great at recognizing handwritten words. This led to critiques in the media (a 1993 article in the San Francisco Examiner was titled "Highly Hyped Newton Weak on Handwriting") and jokes on popular shows such as "The Simpsons."

In fact, school bully Kearney specifically mentions the "Newton Tablet" in the clip from "Lisa on Ice" used to further this "prediction" claim:

"The Simpsons" didn't predict autocorrect. However, this joke did have an impact on the autocorrect feature that would eventually find its way onto the first iPhone.

Apple's software engineers were so haunted by a gag in The Simpsons they spent years trying to nail the keyboard in the iPhone.

As part of an 'oral history' — essentially a lot of interviews sewn together — about the Californian company, Fast Company interviewed dozens of former Apple execs. One particularly juicy tidbit it's just revealed is that software engineers working on the iPhone were traumatised by the Simpsons making fun of the ancient Newton tablet's handwriting recognition in 1995 ...

..."In the hallways [at Apple] and while we were talking about the keyboard, you would always hear the words 'Eat Up Martha'," says Nitin Ganatra, formerly Apple's director of engineering for iOS. "We needed to nail the keyboard. We needed to make sure the text input works on this thing, otherwise, 'Here comes the Eat Up Marthas.'"

"The Simpsons" did not predict autocorrect. The visual gag in the 1994 episode "Lisa On Ice" featuring the words "Beat Up Martin" changing to "Eat Up Martha" on a mobile device was actually mocking the problematic handwriting recognition software on the Apple Newton PDA.

Autocorrect Prediction Summary: "The Simpsons" supposedly predicted the "autocorrect" feature in a 1994 episode. This feature wasn't invented until 2007.
Referenced Episode: Nov. 13, 1994. Season 6; Episode 8.  "Lisa On Ice."
Facts: Autocorrect has been around since at least 1993. The 2007 date likely refers to the release of the first iPhone. "The Simpsons" was actually commenting on Apple Newton Tablet's well-known problems with handwriting-recognition software.

You can read more about "The Simpsons" alleged predictions in the Snopes' collection "The Simpsons Didn't Predict That."