Two different episodes — and some altered audio — were cut together to make this "prediction." 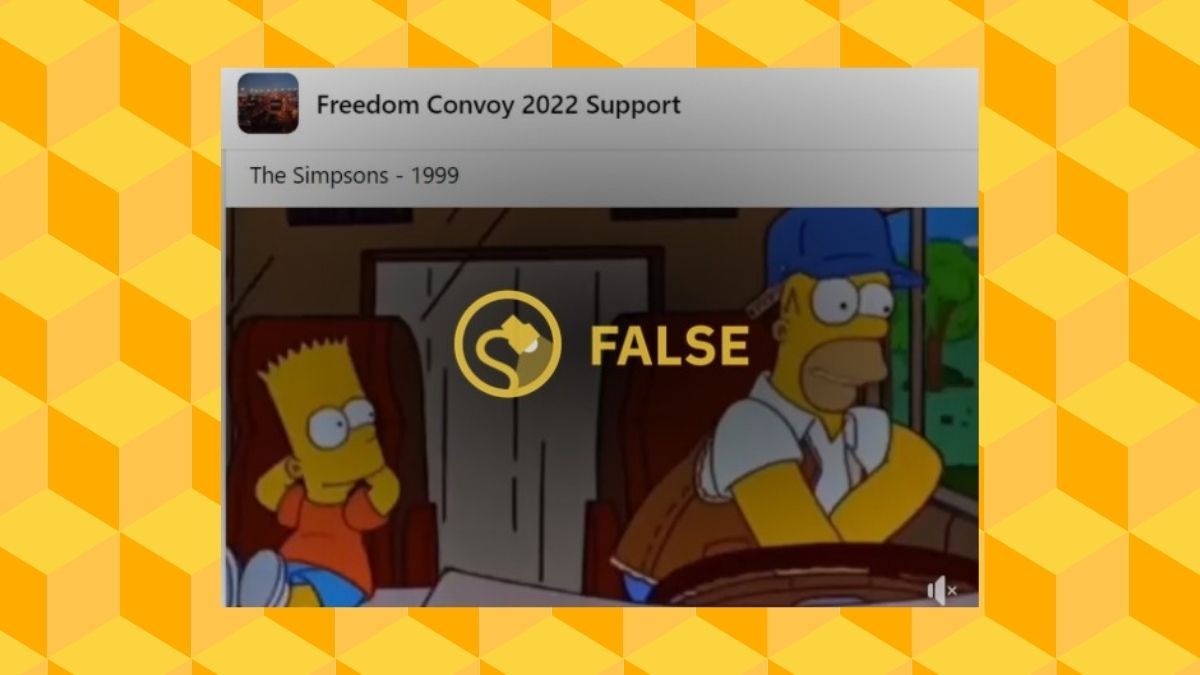 Claim:
An old episode of "The Simpsons" predicted the 2022 "freedom convoy" trucker protest in Canada.
Rating:

In January 2022, as a convoy of trucks drove across Canada in protest of the country's COVID-19 requirements, a video started to circulate online that supposedly showed an old clip from "The Simpsons" television series predicting these current events:

But this video edits together two different episodes of "The Simpsons" to make it seem like the show was predicting the protest in Canada when it actually wasn't. Furthermore, the audio in the clip showing Canadian Prime Minister Justin Trudeau was altered, and does not feature the audio from the original episode of "The Simpsons."

The first clip of Homer and Bart driving a truck comes from "Maximum Homerdrive," the 17th episode of the animated show's 10th season. In the original episode, the truck convoy is not part of any protest. Rather, the truckers are upset with Homer because he revealed the trucker's "auto-drive" secret:

The clip of Trudeau comes from "D'oh Canada," the 21st episode of the show's 30th season. In the original clip, Trudeau doesn't run away from truckers while screaming "oh no!" Rather, he meets Lisa via a video call and attempts to impress her with various feats of strength. Trudeau goes out the window and climbs down the building after Lisa asks him about the SNC-Lavalin scandal. Here's the original clip:

In short, "The Simpsons" did not predict the 2022 freedom convoy.

While "The Simpsons" is frequently rumored to have predicted future events, previous investigations have found that these rumors are almost always exaggerated.