This would certainly not be the first time we covered adult moments in classic animated films. 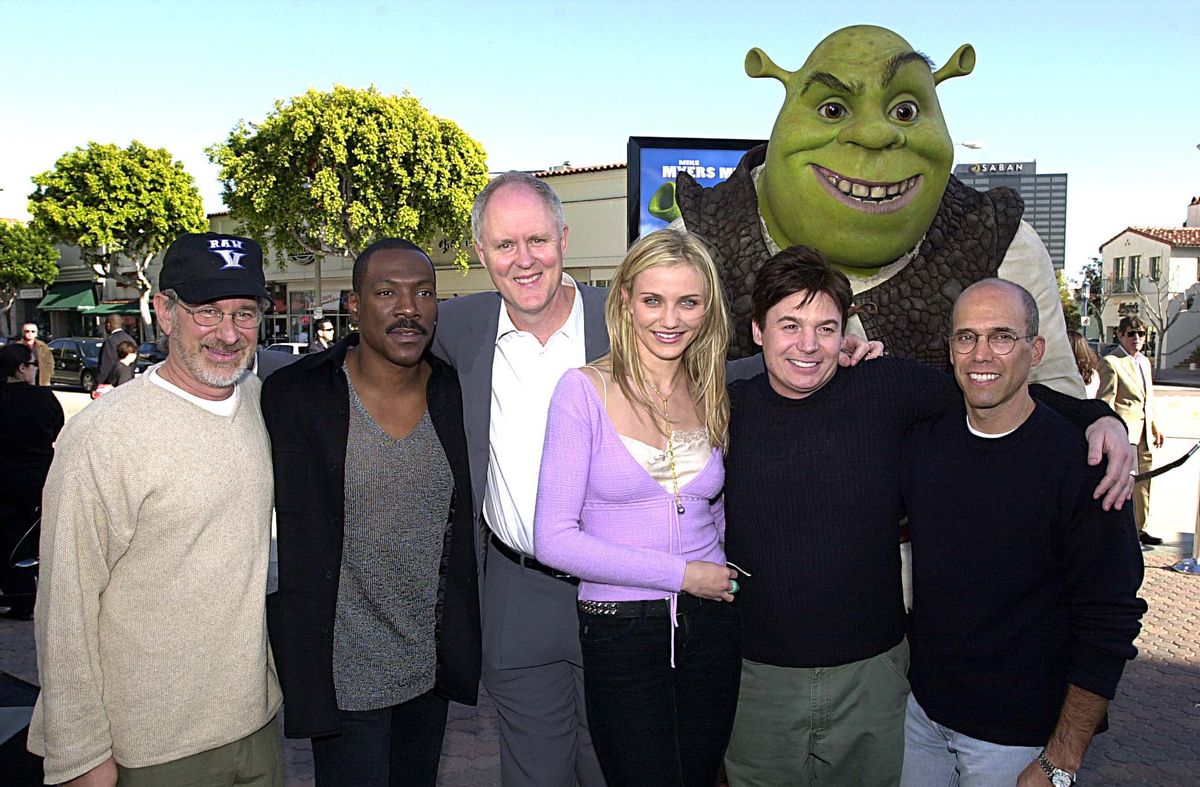 It's true that a blanket covering Lord Farquaad moves upward a tiny bit after he gets a glimpse at the princess, perhaps as if he was getting an erection.

However, news articles describing the scene as "X-rated" sensationalized a moment that contained no nudity or explicit sexuality.

In April 2021, news publishers reported on a scene from 2001's "Shrek" that purportedly showed an "X-rated Easter egg." The source of the story was a TikTok video that was published on April 14.

It was part of a series of videos that claimed to show clips from childhood films that had adult jokes.

A longer video of the scene was available on YouTube:

In the scene, Lord Farquaad sees Princess Fiona in his mirror. He takes a sip of his drink. "Ah, perfect," he says. The blanket down below him then rises slightly, the moment that the TikTok video highlighted. After the blanket rises, he inhales and quickly lifts the blanket, as if to hide something.

It appeared to be true that he saw the princess in the mirror, got an erection, and then lifted the blanket to hide it.

However, this was a bit of a stretch. A blanket rising a tiny amount in a not-so-obvious way to possibly imply an animated character had an erection was far from being "X-rated." If nothing else, the TikTok video got it right when it referred to the moment as an "adult joke."

This wasn't the first time viewers noticed the moment in the "Shrek" scene. In 2019, a discussion on Reddit received nearly 79,000 points, an extremely high amount for posts on the website. The top comment said of Lord Farquaad's blanker movement: "He even looks down at it and then looks at the camera sheepishly afterwards. Wow."

Other Animated Films With Adult Moments

We've previously reported on a number of animated children's movies that purportedly contained adult moments. For example, in 1999 we confirmed that a picture of a real topless woman was visible in "The Rescuers." The picture of the naked woman had apparently been visible in the film's 1977 theatrical release.

We also looked at a rumor that said the letters "SEX" were visible in a scene from "The Lion King."

In sum, there appeared to be an adult "Easter egg" in the 2001 film "Shrek," but calling it "X-rated" was quite the stretch for something so tiny.