Is This a 'Short-Tailed Weasel'?

An image of a felt doll is frequently shared as if it was a genuine photograph of a particularly toy-like weasel. 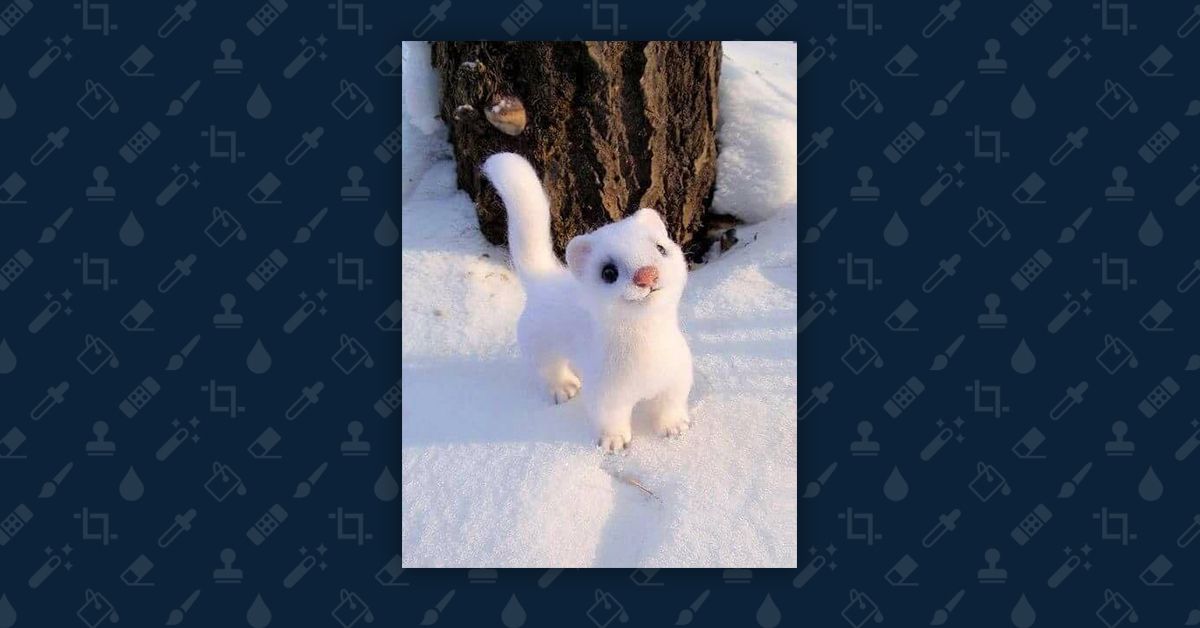 New visitors to our site may be surprised to learn just how often stuffed animals get mistaken for living, breathing creatures. We've previously published stories about inanimate objects resembling baby owls, the "world's cutest rodent," an adorable bunny, a tiny platypus, and a mythical "marbled fuark."

In March 2018, we came across another felt doll to add to our ever-growing list of fake animal photographs. This time it supposedly featured a stoat, or a short-tailed weasel: This is undeniably a very cute snow floof, and the photograph is real in that it has not been digitally altered, but the image actually shows a felt doll that was available via Alena Mordvinova's Etsy shop in 2013. Mordinova posted several other images of the stoat doll, along with a message that in Russia, their name, laska, also means "kindness"; incidentally, in their white phase, these same animals are also called "ermine": I never knew why in my country white weasels called laska.

In Russian language it means kindness.

I always liked that name, because in my opinion that's how this feeling could look - little, white and fluffy=)

Both the actual stoat (left) and the felt doll (right) would definitely fall under the "snow floof" category, but only one is real: