Is the Shoebill Stork a Real Animal?

Images and videos of the shoebill stork, a large African bird, are often met with skepticism. 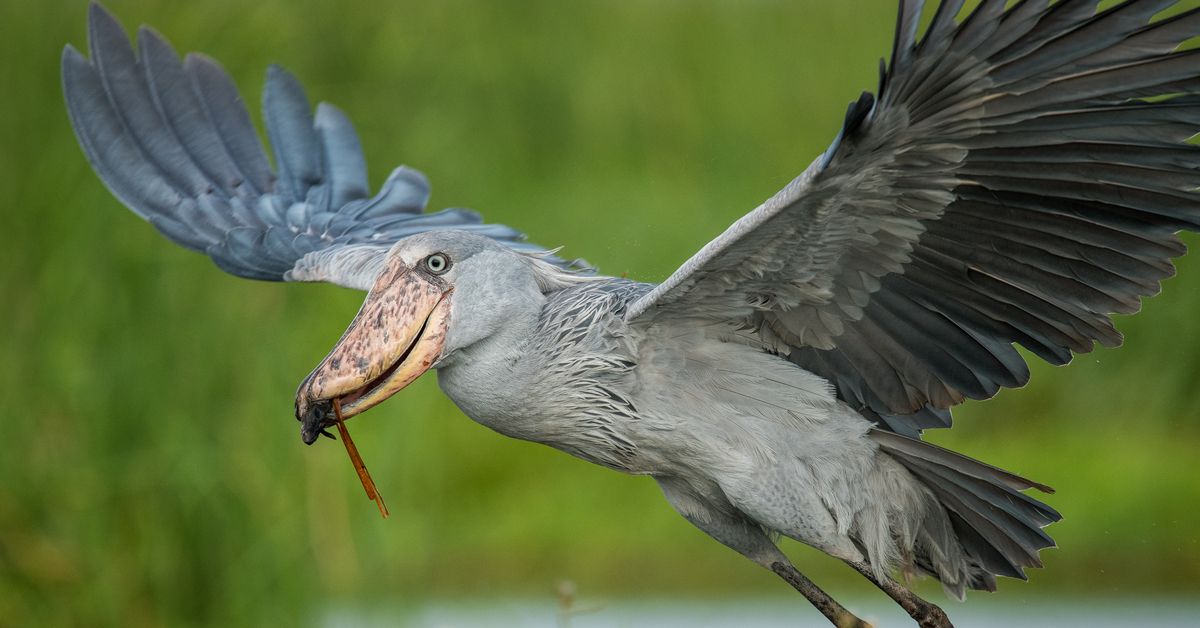 Our are filled with digital depictions of mythical, fictional, and imaginary beasts. But every once in a while, we cover a piece of media featuring a real animal that is so strange looking that viewers have a hard time comprehending that it is truly of this world. Case in point: the shoebill stork.

As the video went viral, many people chimed in with varying degrees of disbelief: The shoebill stork is also known as the whalehead stork, but viewers who think this bird has a distinctly prehistoric appearance will probably prefer its scientific title: Balaeniceps rex. According to the Audubon Society, the shoebill stork is a largely silent bird, but will occasionally engage in "bill-clattering," as shown in the video above, to greet other animals. It also offers up a few alternative names:

Of all the possible names, how on earth is it called the Shoebill? “Monsterface” would be better. Or “Death Pelican.” Or “Literally the Most Frightening Bird On Earth.”

So, anything cool about the bill other than that it’s gigantic, looks like footwear, and can decapitate crocodiles? Sure: It makes awesome machine-gun noises. Shoebills are silent most of the time but engage in “bill-clattering” around the nest or when greeting another bird. It’s loud and scary and the last sound that lots of poor monitor lizards ever hear.

Shoebills are large birds that can grow to nearly five feet (1.52 meters) tall. They primarily live in tropical locations in central Africa, such as Sudan, Uganda, and Zambia. The bird, which is listed as "vulnerable" by the International Union for Conservation of Nature and Natural Resources, subsists on a diet of lungfish, eel, lizards, snakes and even baby crocodiles: