Did Shinzo Abe Tumble Down a Sand Trap During Golf with Trump?

A video purportedly showing Prime Minister Shinzo Abe rolling down a golf bunker during a round with President Trump was widely circulated in November 2017. 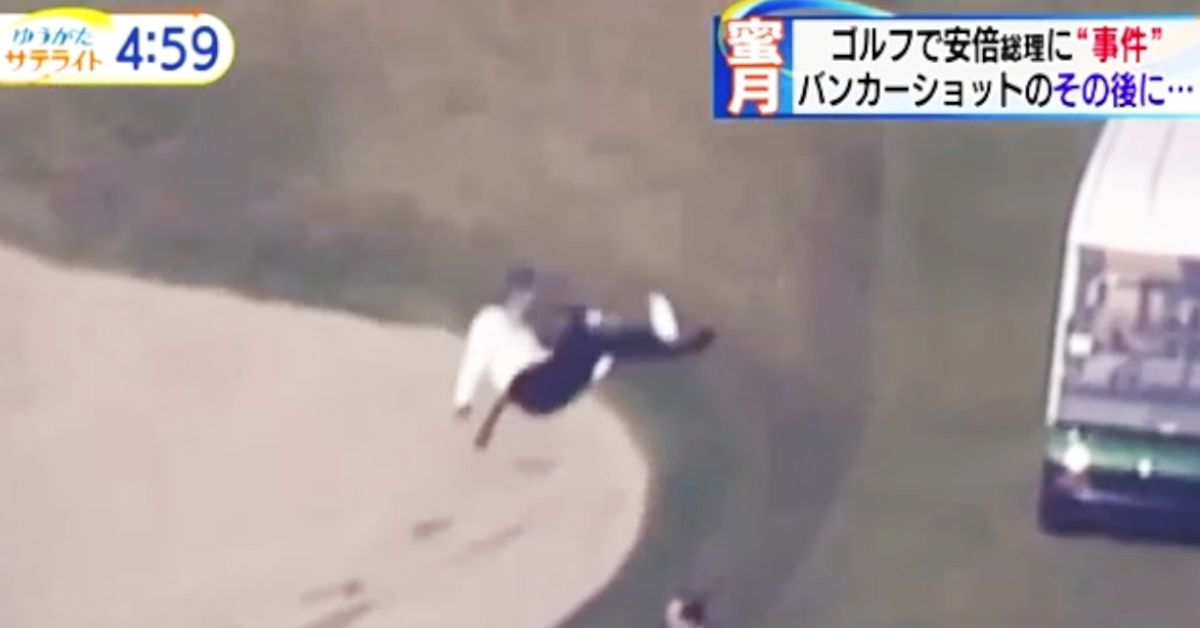 Another non-troversy emerged from President Trump's visit to Japan when a video surfaced purportedly showing Prime Minister Shinzo Abe taking a tumble down a golf bunker:

Although this video was widely shared along with the claim that it showed Shinzo Abe rolling down the sand trap, we're skeptical that the person featured in the video is actually Japan's Prime Minister.

President Trump golfed with Abe and professional golfer Hideki Matsuyama at the Kasumigaseki Country Club on 5 November 2017. This helicopter footage does not give a clear view of who fell down the bunker, but photographs showing the three men before their game of golf show that neither Trump, Abe, or Matsuyama were dressed in a similar fashion to the man featured in the video.

Trump wore a grey shirt, Abe wore dark blue, and Matsuyama wore a bright blue shirt during their round of golf. The man who fell down the bunker, on the other hand, was dressed in a white top: It's certainly possible that Abe changed shirts at sometime during his round of golf. However, we've searched through all of the images and videos that we could find from this round of golf (the general press did not tag along for the event so pictures of Abe were scarce) and didn't find any images of Abe in a white shirt.

So who fell into the sand trap? CNN reported that the world leaders did not keep score during their round of golf, so it's possible that either Trump or Abe asked someone take the bunker shot for them. Although this footage may show the Prime Minister of Japan taking a tumble after he put on a white jacket, we find it equally likely that this video features a caddie or some other unidentified individual.