Sharpie Pens ARE Allowed on Illinois Ballots, Despite False Rumor

The Illinois State Board of Elections responded to the false claim on Twitter. 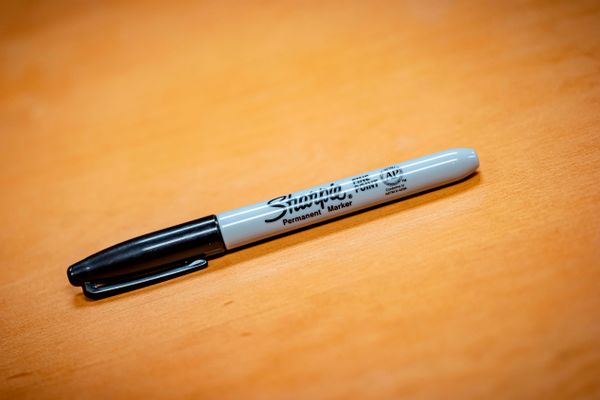 A Sharpie brand marker sits on a table in Phoenix, Arizona, on Nov. 5, 2020. (Photo by OLIVIER TOURON/AFP via Getty Images)

Claim:
The use of Sharpie pens is not allowed on ballots in the state of Illinois.
Rating:

On Nov. 8, 2022, as voters were headed to the polls for Election Day, the right-wing Awake Illinois Twitter account tweeted, "La Grange Precinct 89 voters report sharpies being used on ballots, which isn't allowed. NO SHARPIES ON BALLOTS." However, it's false that Sharpie pens are not allowed on ballots in the state of Illinois. 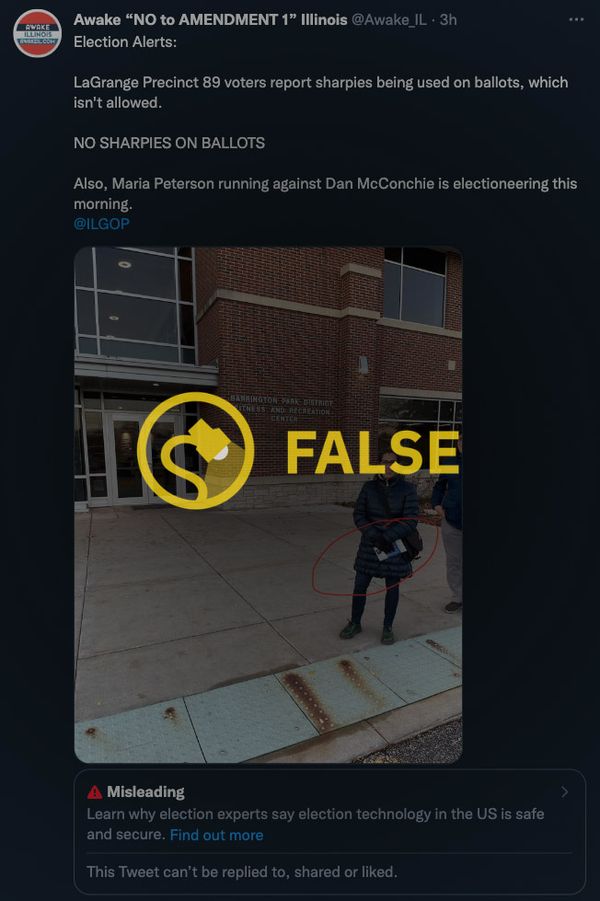 The Illinois State Board of Elections (SBE) was quick to respond to the rumor, tweeting, "Sharpies are an approved ballot marking device for many voting systems."

The Awake Illinois account replied, "Is it correct to say sharpies are NOT the office ink of the election booth?" In response, Illinois SBE said, "Each voting system has a different preferred type of marking device for their ballots/tabulators. You would have to check with your jurisdiction to see what their manufacturer recommends."

Another user said of Sharpie pens, "They bled through to the other side of the ballot!!!." Once again, the Illinois SBE answered, "The ballots are intentionally designed so that bleedthrough does not cause a problem. The target ovals on one side don't overlap on the other side."

On top of these responses, the Illinois SBE tweeted a special graphic about these facts:

The image read as follows:

IMPORTANT NOTICE: Sharpie pens are the preferred ballot marking method for many voting systems. There is no need to be concerned about the use of Sharpies in the polling place. They have been tested and approved to be used on these devices. In the event the ink bleeds through to the other side of the ballot, the ballots have been designed with timing tracks to offset the offices from front to back to prevent bleed from being an issue.

If this subject about Sharpies and ballots feels a little bit familiar, it's because this same non-issue was raised during the 2020 U.S. presidential election. The Illinois SBE had to debunk the rumor during that year, too, NBC Chicago reported. Snopes also published in 2020 that Sharpie pens were allowed for ballot-marking in the state of Arizona, and they still are in 2022.