Did a Shark Love a Fisherman Who Saved Her Life?

The story of a shark who supposedly developed an affection for the fisherman who saved her life. 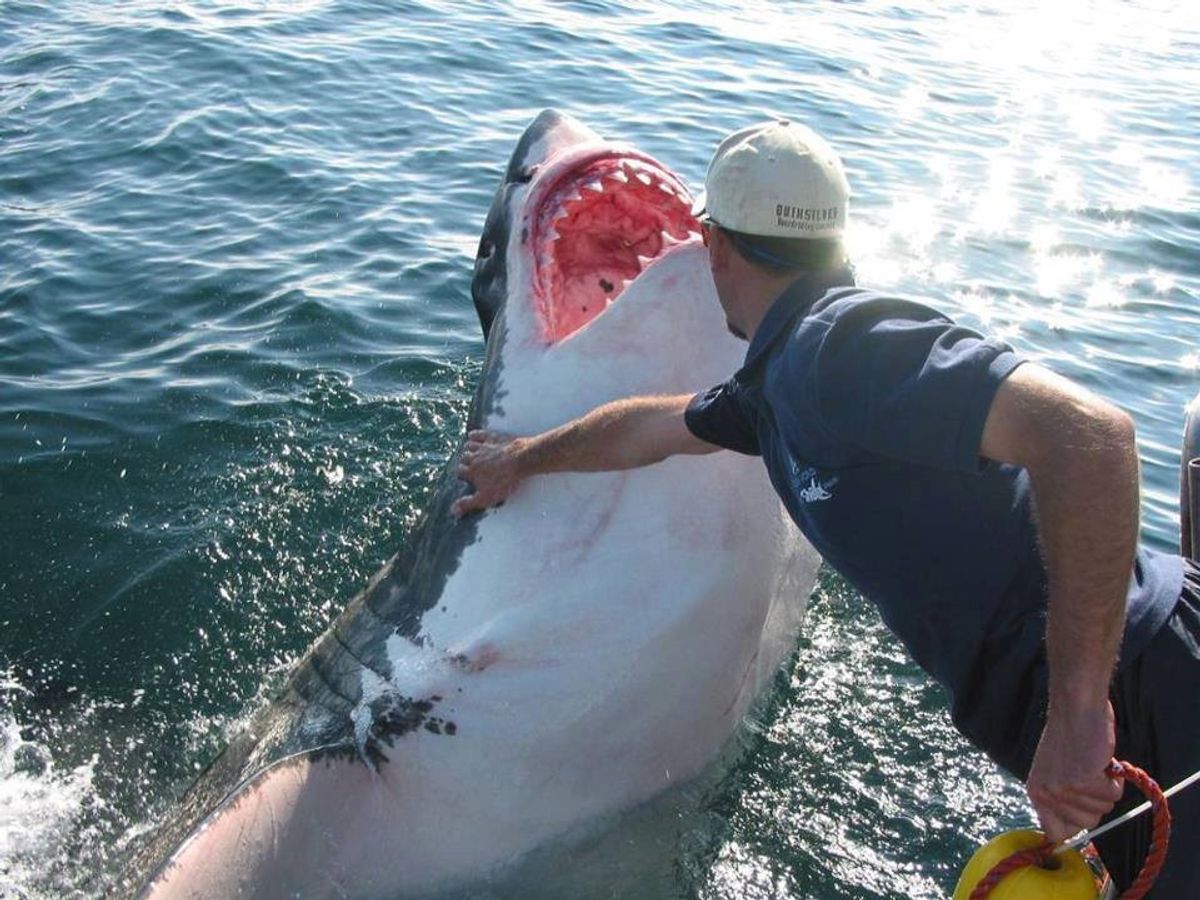 Claim:
A shark developed an affection for the fisherman who saved her life.
Rating:

The improbable tale of "Cindy," a female shark who developed a "mutual affection" with an Australian fisherman named Arnold Pointer after the latter saved her life by freeing her from a fishing net, was outlined in a PowerPoint presentation that was circulated widely via email back in 2008:

Arnold Pointer a professional fisherman from south of Australia set free from a certain death a big female White Shark that was caught in his fishing nets. Now the fisherman has a problem: He says: "It's been 2 years and she doesn't leave me alone. She follows me everywhere I go and her presence scares all the fishes. I don't know what to do anymore."

It is hard to get rid of an almost 17 feet long shark since the White Sharks are protected by the wildlife conservation, but a mutual affection established between Arnold and "Cindy". Arnold says: "Once I stop the boat she comes to me, she turns on her back and let me pet her belly and neck, she grunts, turn her eyes, and move her fins up and down hitting the water happily ..."

While the story was based on an article published in the French fishing magazine Le Magazine des Voyages de Pêche, that article was merely an April Fools' prank item from 2006 which was translated into English and presented as a factual account: The images used to illustrate the PowerPoint presentation originated with a pair of marine biologists who specialize in sharks, Michael Scholl and Thomas Peschak. The pictures were plucked from collections of photos taken in a variety of contexts, none of which had anything to do with a shark's being freed from a fishing net by an Australian fisherman, and they did not all depict the same shark.

One of the images used several times in the presentation was a photograph of a shark trailing a kayaker that accompanied Scholl and Peschak's "Shark Detectives" article, published in the September 2005 issue of Africa Geographic magazine. Another image used in the slideshow appeared in the December 2005 "Sharky Shores" article published in the The Big Issue. Other shark photographs can be found in the photo gallery section of Michael Scholl's White Shark Trust web site.