Will Over Half A Million Sharks Be Killed for COVID-19 Vaccine?

A natural oil produced in shark livers is often — but not always — used in the manufacturing of vaccinations. 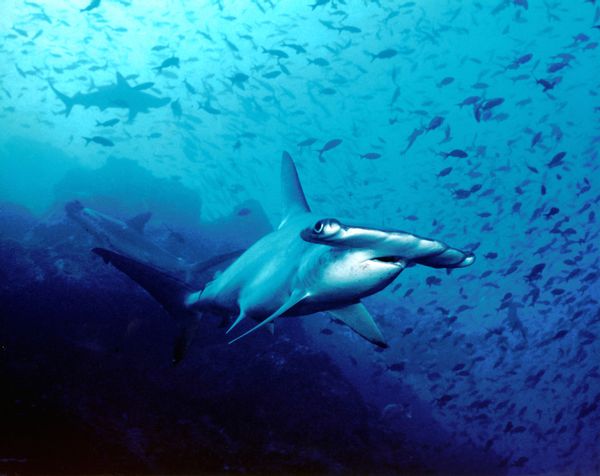 Claim:
Shark Allies, a shark conservation group, estimated that as many as 550,000 wild sharks could be killed for their squalene, a natural chemical found in their liver, to produce a COVID-19 vaccine.
Rating:

Sharks produce a natural compound called squalene in their liver, which is commonly — but not always — used to create some vaccines. An estimate by the conservation group Shark Allies suggested that as many as 550,000 sharks may be harvested in order to create enough COVID-19 vaccines to distribute globally. Some vaccine candidates would require squalene, but how much is needed also depends on which vaccines move forward in clinical testing.

Shark Allies did not claim 550,000 sharks would certainly be killed. The estimate had caveats, and may only come to fruition if researchers actually use shark squalene, which could either increase or decrease the number of sharks harvested to produce a COVID-19 vaccine. While known human population sizes can be used to estimate the number of sharks needed to manufacture a vaccine, it is not likely that every person within a population will need one. Furthermore, synthetic alternatives to squalene exist that may prove more beneficial to the production of a vaccine.

While scientists around the world raced to find a potential vaccine for COVID-19, the respiratory disease caused by SARS-CoV-2, misleading and misconstrued information continued to engulf the internet. Among these rumors was the claim that a coronavirus vaccine would result in the harvesting and death of as many as 550,000 wild sharks.

The claim originated from non-peer-reviewed research conducted on behalf of Shark Allies, a marine conservation advocacy group, that estimated the amount of squalene required to fulfill the demand of a global vaccine. Squalene is a natural compound found in the livers of sharks — among many other species, including humans — and is commonly used to create some vaccines. While it is true that some COVID-19 vaccine contenders in clinical trials in October 2020 contained squalene, the 500,000 mark was at the high end of projected estimates and did not account for a number of limitations and variables set forth in the research.

In an email, Shark Allies Founder and Executive Director Stefanie Brendl said that the reporting was a “big misunderstanding” and was largely based on misleading headlines.

“We did not claim that vaccine companies or fishermen would go out to kill 500,000 sharks right now to fill the vaccine demand,” Brendl told Snopes. That number, without the many caveats that came with the research, was published in The Daily Telegraph and subsequently picked up by several publications that reiterated the exaggerated claim.

Deep-sea sharks located at depths up to 5,000 feet have large reserves of squalene to help maintain neutral buoyancy. As much as one-quarter of their weight may be composed of squalene, compared to just 5% that of most mammals, according to a report published by Oceana.

Squalene is used as an adjuvant, a particular ingredient used in vaccines to elicit a stronger immune response to protect an individual from the disease, according to the Centers for Disease Control and Prevention (CDC). Applying an adjuvant to a vaccine makes it so that less of a particular virus is needed for production. Squalene-containing adjuvants, especially two known as MF59 and AS03, have been increasingly employed as an immunologic adjuvant in several vaccines, including the novel influenza A (H1N1) 2009 pandemic flu and FLUAD and Chiron seasonal influenza vaccines since 1997. In fact, more than 22 million doses of squalene-containing flu vaccines have been administered globally, according to the World Health Organization (WHO).

Josh Soll, a campaign researcher for Shark Allies, told Snopes that his research used previously prepared squalene quantities in adjuvants to estimate the sharks needed to fulfill COVID-19 vaccine demands based on human populations, which could equate to more than a half-million sharks. To come to his conclusion, Soll said that he turned to published findings that determined the amount of shark squalene in some vaccine adjuvants, as well as information of approximately how many sharks are required to produce one metric ton of squalene.

“Previous research that tested shark squalene-based adjuvants for diseases such as influenza and past coronaviruses such as SARS and MERS provided information on the quantity of squalene that is used in a single dose of an adjuvant, which is a component of some vaccines,” Sol said. Knowing roughly the amount of squalene needed to produce a given vaccine, Soll was able to estimate the approximate number of sharks that would be required either for a single or double dose, per each person in the world.

WHO noted that AS03 and MF59, the two adjuvants most commonly made from shark squalene, require 10.68 and 9.75 milligrams of squalene per dose, respectively. Based on these estimates, Soll determined that between 2,500 and 3,000 sharks would be needed to produce 1 metric ton of squalene-based adjuvant. With this information, Soll estimated that one round of a squalene-based COVID-19 vaccination given to the global human population would equate to the harvesting of approximately 450,000 and 580,000 sharks.

But that doesn’t account for variables and assumptions made by the research. Not only is it unlikely that every person in the world will require a COVID-19 vaccine, but the exact dosage and administration schedule are not known.

While it is true that the development and production of some vaccines, including future vaccinations against COVID-19, may require squalene, the estimates are based on a limited set of data. For starters, the estimate assumes that only squalene from sharks will be used rather than synthetic alternatives or squalene harvested from other sources, or that a vaccine will require squalene in the first place. These estimates may only come to fruition if a shark squalene-based adjuvant is produced and needed for vaccines in the first place, noted Shark Allies.

Many COVID-19 vaccines in the testing phase in October 2020 did not use either an adjuvant or squalene. As of Oct. 2, some 42 candidate vaccines were in clinical evaluation and 151 in pre-clinical evaluation. Of these vaccines, 19 used adjuvants and at least five were shark-squalene based, according to data published by WHO.

“We have no idea how many more coronaviruses we will have to deal with in the years to come. That number also doesn't reflect how many years we will be given COVID-19 vaccines. This is going to be the new normal,” said Brendl, noting that parsing out whether sharks are harvested only for their squalene or if there are other reasons will be “nearly impossible.”

“So, saying that 500,000 sharks will die only because of a vaccine is a tricky statement,” she added.

In late 2020, the squalene market continued to grow and was expected to reach $214 million by 2022. And as squalene demand increases, so does the need for its source. It is estimated that up to 3 million sharks are killed each year for their squalene — and Brendl suspects that number could increase if squalene is used in COVID-19 vaccines.

Frey, Sharon E. et al.   " Comparison of the safety and immunogenicity of an MF59®-adjuvanted with a non-adjuvanted seasonal influenza vaccine in elderly subjects."     Vaccine.   18 July 2014.

Jackson, Lisa, Campbell, James, Frey, Sharon.   " Effect of Varying Doses of a Monovalent H7N9 Influenza Vaccine With and Without AS03 and MF59 Adjuvants on Immune Response."     JAMA Network.   21 July 2015.