Does This Picture Show a Shark Swimming Down a Highway After a Hurricane?

A much-repurposed photograph of a shark swimming down a flooded highway after a hurricane is a fake. 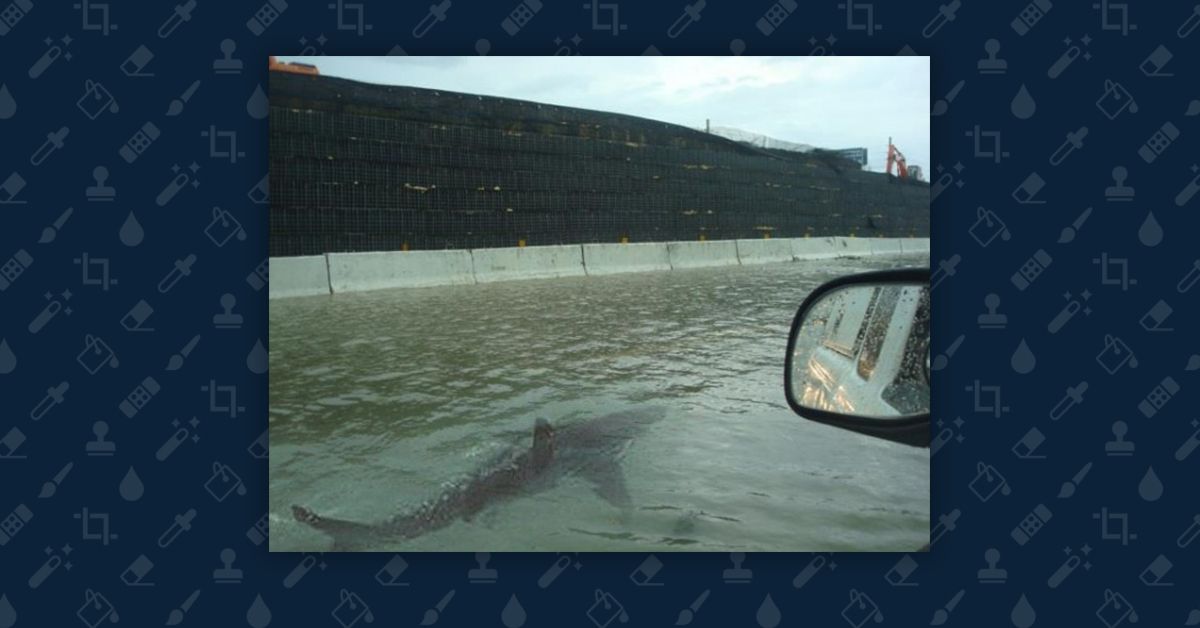 Claim:
A photograph shows a shark swimming down a highway after a hurricane.
Rating:

An image purportedly documenting a shark swimming down a highway flooded by hurricane-related heavy rains was originally circulated as showing a street in Puerto Rico just after Hurricane Irene hit that island in August 2011:

Why You Shouldn't Swim After a Hurricane

This picture was taken in Puerto Rico shortly after Hurricane Irene ravaged the island. Yes, that's a shark swimming down the street next to a car, and this is exactly why authorities in NYC are warning people not to go swimming in flood waters after a hurricane. Sharks go where fish go, and fish go where water goes, and if that water (and those subsequent fish) happen to be right outside your front door, then guess where that freakin' shark's going to be?! Since then the same image has been recirculated several times over, typically localized to some big city in the United States that has just experienced a hurricane or other weather event producing heavy rains and floods. Its most recent iterations assigned it to Houston after heavy rains pounded portions of Texas over Memorial Day weekend in 2015, Daytona Beach after Hurricane Matthew approached Florida in October 2016, and Houston again in August 2017 after Hurricane/Tropical Storm Harvey caused massive flooding throughout the city.

Then and now, the photograph is a digital hoax. The image of the shark was lifted from a 2005 photograph of a kayaker being trailed by a great white shark and pasted into a photograph of a flooded street: