Did Sharifa Alkhateeb Talk About Using Public Schools to Convert America to Islam?

"Our final objective is to create our own Islamic systems." 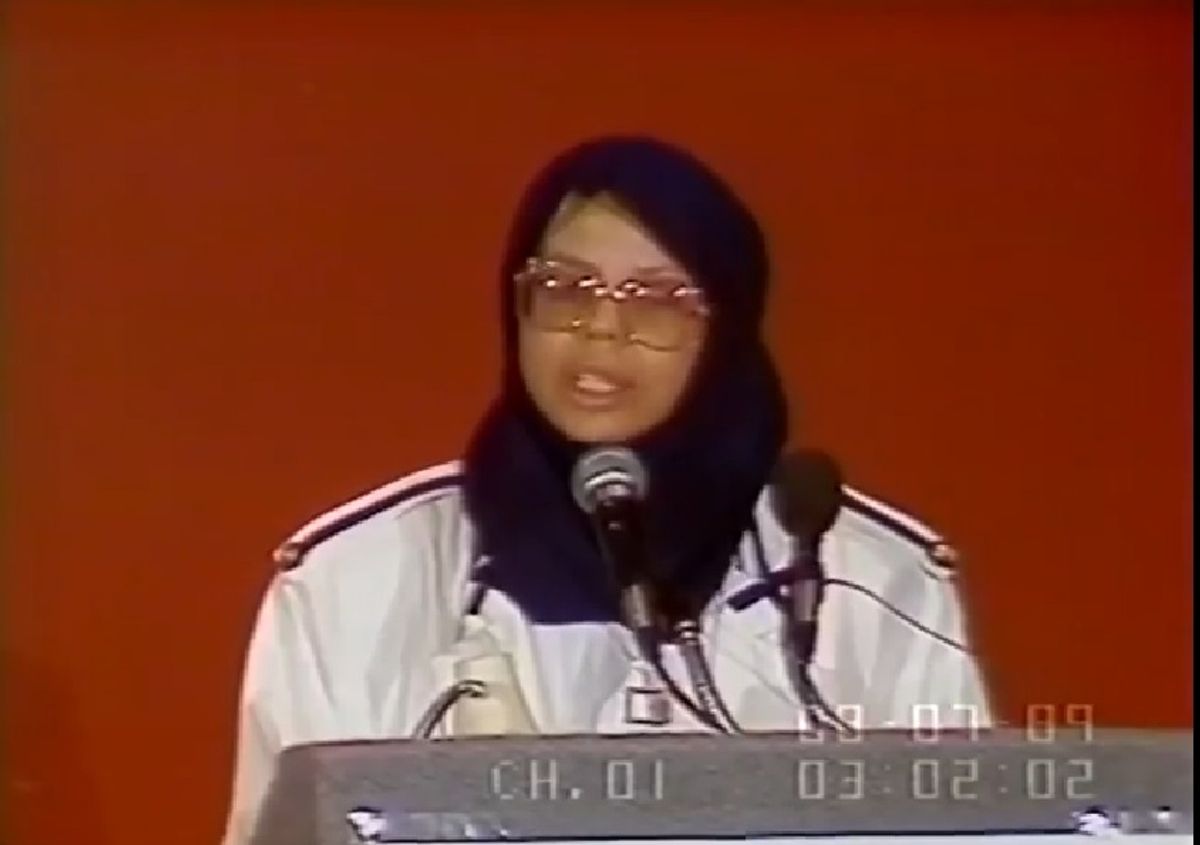 On 6 January 2018, a Facebook user posted to the "Donald Trump for President 2020!!!!!!" page a link to a C-SPAN video that supposedly showed Sharifa Alkhateeb, an advocate for Muslim culture in the United States who helped place courses in Middle Eastern cultures and Arabic in public schools, talking about her goal of using public schools to convert students to Islam: Every PATRIOTIC AMERICAN better listen to this so you can understand what the DEMOCRATS and their new MUSLIM friends have planned as their final objective for our children & this GREAT NATION!! YOU BETTER START EDUCATING YOURSELF AMERICA, and if you think this cannot happen you are fooling yourselves because the Democrats are so hungry for power they will support this to maintain control.

The linked video does show Sharifa Alkhateeb talking about her goal of converting Americans to Islam:

However, the footage is not recent but is nearly three decades old. This video was presented as if it were shot recently and related to Democrats and their "new" Muslim friends, and when the same video was promoted by Front Page Magazine, it was again presented without any mention of the year it was captured.

The video shows Alkhateeb, who passed away in 2004, speaking at the Muslim Americans Political Awareness Conference on 5 August 1989 and is available via C-SPAN.

We have transcribed the most relevant portion of her address below:

While our objective, our final objective, is not just to become part of the system that we experience now and that we see, our final objective is to create our own Islamic systems, and not only create Islamic systems for Muslims but to look at all the other people who are sharing this country with us as potential Muslims. And if we look at them as potential Muslims, and if we feel that we have the obligation, which Allah has told us, to try and bring them into the same style of thinking and the same way of behaving and the same objectives that we have then we need to have some way to communicating with them, and someway we can work with them. And in that long range process of making America Muslim, all of America Muslim, we have to have some actual short range goals.

While Alkhateeb's views may sound extreme, it should be noted that proselytism, the act of attempting to convert others to a different religion, is not unique to Islam. In fact, it is one of the practices that is shared between Islam and Christianity:

Do religious individuals and groups possess a right to share their beliefs with others in the hope that those beliefs will be embraced? For many, including most Muslims and Christians, religion represents an objective and universal Truth, one that comprehends the temporal good and the eternal destiny of all persons. For those who believe they have access to such a Truth, the desire to offer it to others is both natural and rational. After all, if the claims of Islam are true, should we not all want to be Muslim? If the claims of Christianity are true, should we not all seek to become Christian?

In May 2019, the politically conservative musician Ted Nugent posted this video to his Facebook page, in the process misidentifying Sharifa Alkhateeb as "the new congresswoman from Michigan" -- apparently having mistaken Alkhateeb for Rep. Rashida Tlaib: