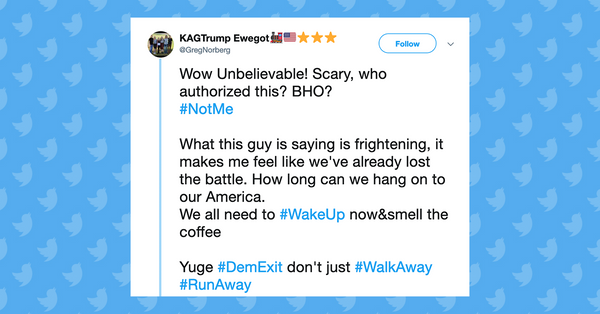 Claim:
A new housing project is being built in West Virginia that will house 321 Syrian refugees at taxpayer expense while displacing Americans currently living there.
Rating:

On 5 March 2019, a conspiracy-minded Twitter account shared a video purporting to be from the site of a construction project funded by West Virginia taxpayer money for the purpose of housing 321 Syrian refugees. The video also claimed this was being done at the expense of “regular” Americans who, the man claims, were being pushed into “substandard housing.” He asserted that the area he was standing in will be a “sharia zone,” and no non-Muslims will be allowed to enter:

Several factual problems exist with assertions in this video. Chief among them is the fact that this video shows the Littlepage Terrace housing project, a low-income, housing tax-credit property allocated through the West Virginia Housing Development Fund, which houses zero Syrian refugees and many “regular” Americans. Several lines of evidence support this conclusion. First, someone who works next to the project refers to it as Littlepage:

Second, a wider, composite view of the man’s video shows clearly identifiable markers of the Littlepage housing complex, including a tell-tale smokestack and buildings that exactly match the structures built at Littlepage: Third, Mark Taylor, the chief executive officer of Charleston-Kanawha Housing Authority, which works with the Littlepage Terrace project, confirmed to us by email that the suspect video was taken at that site during renovations that likely occurred in May 2017. He also confirmed to us that the community houses no Syrian refugees.

It is true that Littlepage was torn down and rebuilt, but that decision had nothing to do with refugee housing. Instead, the renovations aimed to “reduce crime and revitalize the area,” as reported by West Virginia’s WCHS television station in 2016:

The Charleston-Kanawha Housing Authority is now on the last phase of revitalizing three housing projects. Similar to Orchard Manor and Washington Manor, Littlepage Terrace will be demolished and rebuilt as two-story town homes. … This housing project was built nearly 80 years ago with no air conditioning and poor visibility. Now it is simply not a secure living space. … The goal for these new developments is to reduce crime and revitalize the area.

Because the housing complex displayed was not built for Syrian refugees, and because the state has taken virtually no Syrian refugees at all, we rank the claims made in this video as aggressively and demonstrably false.