'Share the Safety' Web Site Not Affiliated with the NRA

A web site asking people to "buy a gun, give a gun" to families living in at-risk neighborhoods is not affiliated with the National Rifle Association. 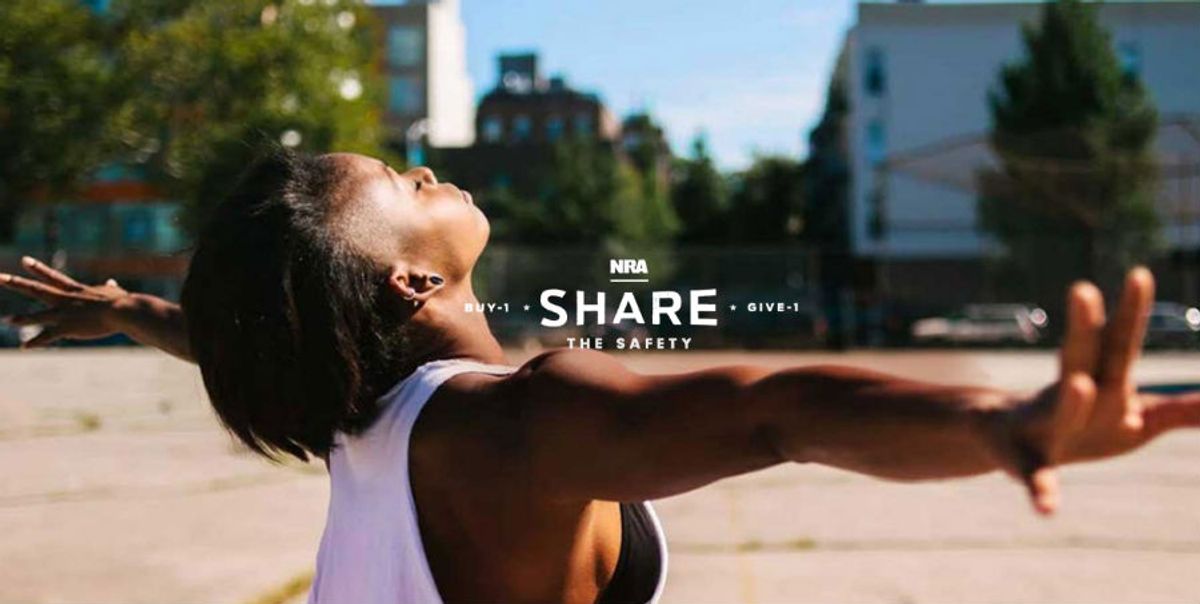 Claim:
The National Rifle Association launched a "Share the Safety" campaign, enabling people to donate guns to those who live in at-risk neighborhoods.
Rating:

In June 2016, after the mass shooting at an Orlando nightclub that prompted renewed debate about gun regulations in the U.S. — a subject in which the National Rifle Association (NRA) is always in the forefont — many Internet users reported that they had received an unusual press release from the NRA announcing "Share the Safety," a "revolutionary" online gun store that would allow people to donate guns to poor residents in at-risk neighborhoods:

American cities are hotbeds of crime, from gang violence to police brutality, but a major part of the problem is that the most vulnerable populations cannot afford to defend themselves. A new program from the National Rifle Association, in partnership with Smith & Wesson, seeks to change that.

Share the Safety is a revolutionary online store that will open its digital doors on July 4. Taking its cue from other “buy one, give one” retailers, customers of ShareTheSafety.org will have the pleasure of knowing that for each handgun purchased, one will be donated to an at-risk American citizen in the urban center of their choice.

“We know that the only protection from bad guys are good guys with guns,” said Hensley Cocker, Program Director of Share the Safety. "But tragically the people who need to protect themselves the most — the urban poor — are often unable to afford a lifesaving firearm. We’re excited to watch the impact this will have on our nation’s undeserved communities.”

In addition to the above-quoted press release, the ShareTheSafety.org web site was launched to inform people how they could participate in the new program:

Make an underprivileged American safer while treating yourself to that Smith & Wesson you’ve always dreamt of. (After all, giving is supposed to feel great!)

However, neither the web site nor the press release is affiliated with the NRA. Amber Niblock, the digital media manager for the NRA, confirmed that the "Share the Safety" web site was a hoax: The ShareTheSafety.org web site used several tactics to fool users into thinking they were viewing an official NRA web site. For instance, all of the social media links on ShareTheSafety.org pointed to official NRA accounts, and the fake press release was published on a web site nearly identical to that of the National Rifle Association's lobbying arm, the Institute for Legislative Action (NRA-ILA):

One obvious difference between the two web sites to knowledgeable viewers was that the fake press release was published on  NRApress.org  (not affiliated with the NRA) while the NRA-ILA's web site resides at nraila.org.