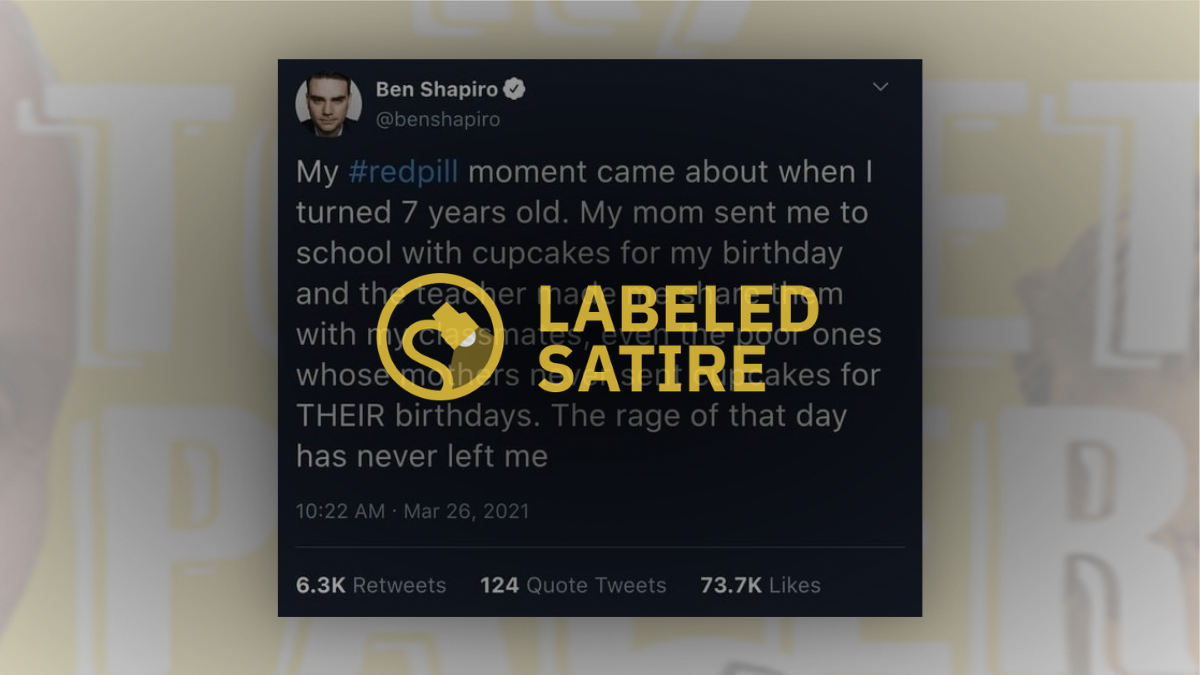 Claim:
Ben Shapiro tweeted that his "#redpill moment" came about when he turned 7 years old and his teacher made him share cupcakes made for him by his mother with his classmates, "even the poor ones whose mothers never sent cupcakes for THEIR birthdays."
Rating:

On March 29, 2021, a screenshot of a tweet purporting to have been sent by conservative media personality Ben Shapiro was shared widely on Twitter: "My #redpill moment came about when I turned 7 years old. My mom sent me to school with cupcakes for my birthday and the teacher made me share them with my classmates, even the poor ones whose mothers never sent cupcakes for THEIR birthdays. The rage of that day has never left me."

Shapiro did not write this tweet. The screenshot shared in that tweet was first posted to subreddit named ToiletPaperUSA that is "dedicated to the mockery of Turning Point USA and conservative pseudo-intellectuals in general." The subreddit allows for both fake and real screenshots, but requires fake ones to be labeled as such. The Ben Shapiro screenshot is identified as "fake news,” which means "the post is fake and is most likely satire."

Because Shapiro never wrote the tweet in question, and because it first appeared on a satirical subreddit, we rank his purported tweet as "Labeled Satire."