Is 90% of Serotonin Found in the Gut?

The chemical messenger is a hormone key in stabilizing mood, feelings, and happiness. 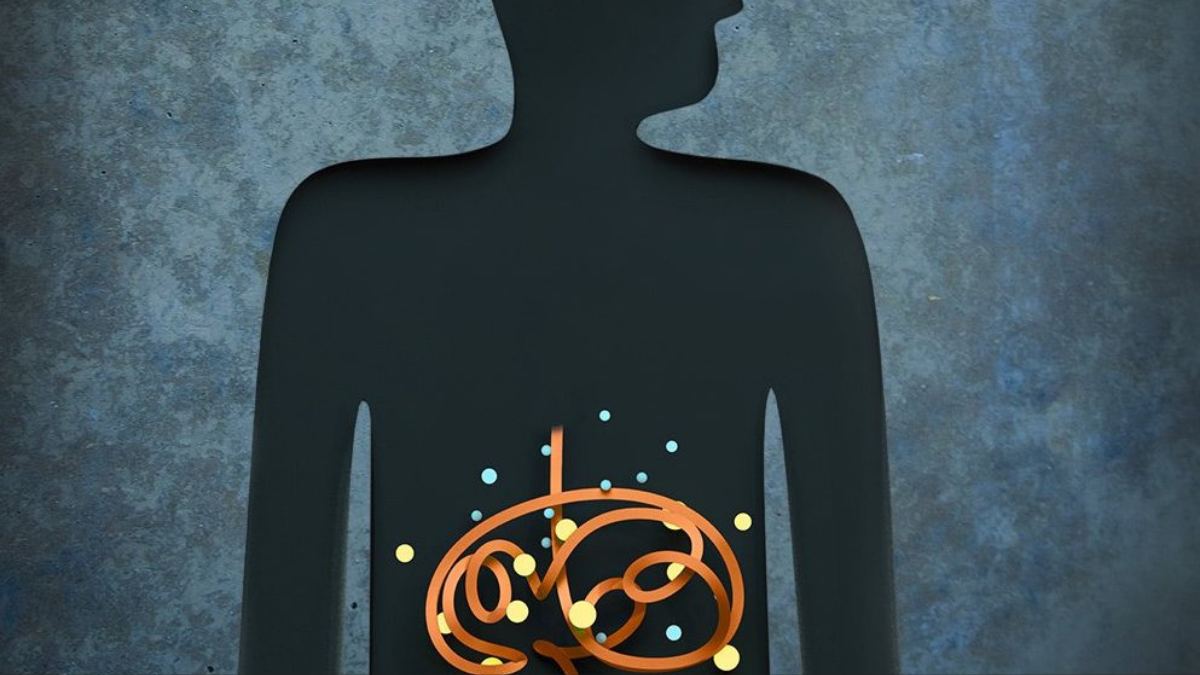 Claim:
At least 90% of the neurotransmitter serotonin is found in the gastrointestinal tract.
Rating:

Serotonin is known to regulate digestion at multiple levels within the human gastrointestinal, and up to 95% of the mood-regulating hormone is released into the gut by certain intestinal cells.

Scientific literature suggests serotonin may also be produced in the gastrointestinal system. However, most of the research exploring production has been conducted in mice models, not humans.

According to a now-viral TikTok video posted on Dec. 8, 2020, as much as 95% of serotonin — a key neurotransmitter that plays a role in regulating mood — may be produced in the gastrointestinal tract:

“The bacteria in your gut produce about 90% of the serotonin in your body,” said social media user gianusystem, a self-identified online community dedicated to bringing awareness to dissociative identity disorder, or multiple personality disorder. The woman goes on to cite an article in Discover Magazine, adding that she was skeptical of new information that she hadn’t heard before.

“So, I went and looked this up. That’s the low number,” said in the video, which at the time of writing had been shared more than 20,500 times.

Snopes also looked up the information and found that the claim is mostly true: Estimates suggest that up to 95% of the serotonin in the body is released in the gut through certain intestinal cells. But there is an important caveat to note: Most studies that link serotonin production to the gastrointestinal system have been conducted in animals. According to an article titled “Gut Bacteria’s Role in Anxiety and Depression: It’s Not Just in Your Head,” which appeared in the November 2020 issue of the science magazine Discover, author Elizabeth Svoboda reported that about 90% of serotonin produced in the human body is done so in the gut.

Serotonin is a hormone and neurotransmitter responsible for sending chemical messages between cells to play a key role in stabilizing mood, feelings, and happiness. In the brain, serotonin allows cells of the nervous system to communicate with one another and when too little serotonin is produced, a person may experience anxiety, depression, and other emotional and behavioral disorders. Such conditions are typically treated with selective serotonin reuptake inhibitors (SSRIs), or antidepressants, that the Mayo Clinic said work by increasing levels of serotonin by blocking the reuptake of serotonin into some neurons, making the hormone more available to improve the transmission of messages.

While serotonin is most well-known for its role in the brain, the hormone is also found in the stomach and intestines where it helps to maintain bowel movements and function, noted the Hormone Health Network, an affiliate of the Endocrine Society. And some researchers postulate that a greater understanding of serotonin production in the gut may inform the treatment of certain mental health conditions in the brain.

In 2015, researchers at the California Institute of Technology demonstrated that bacteria normally present in the gut can stimulate the intestinal cells to produce serotonin — as much as 90% of which is made in the digestive tract. In mice, a particular mixture of bacteria also found in the human gut produced molecules that signaled to gut cells to increase the production of serotonin. Modified mice that did not have the bacteria had more than 50% of their gut serotonin missing. Adding that bacterial mixture — which contained Turicibacter sanguinis and Clostridia — increased serotonin back to a normal level. Though the study was conducted on mice, the scientist wrote in the journal Cell that the findings lend important insight into how the gut microbiome can influence the nervous system.

Four years later, those same researchers set out to inform how the 100 trillion or so bacteria and hormones that live in the human intestinal system may produce serotonin. This time around, researchers added serotonin to the drinking water of some mice and raised others with a mutation that increased the levels of serotonin in their guts. An analysis of the mice microbiota showed that the presence of T. sanguinis and Clostridia increased significantly when there was more serotonin in the gut. As part of the study, mice were also given fluoxetine, or Prozac, which was shown to block the serotonin transporter in the T. sanguinis, which slowed the transport of serotonin.

"Previous studies from our lab and others showed that specific bacteria promote serotonin levels in the gut," said study author Thomas Fung at the time in a news release. "Our new study tells us that certain gut bacteria can respond to serotonin and drugs that influence serotonin, like anti-depressants. This is a unique form of communication between bacteria and our own cells through molecules traditionally recognized as neurotransmitters."

So while it is true that a large proportion of the body’s serotonin is produced in the guts — and serotonin-targeting drugs can have a major effect on the gut’s microbiota — the exact mechanisms behind the production are not yet known. Furthermore, it is important to consider that many of the studies have been conducted on mice and not necessarily in humans.

Regardless, because most treatments for depression deal with serotonin receptors in the brain, understanding how and where the hormone is produced may help to inform future treatments into emotional and behavioral disorders such as anxiety and depression.