Not one of the better schemes for those who need cash in a hurry. 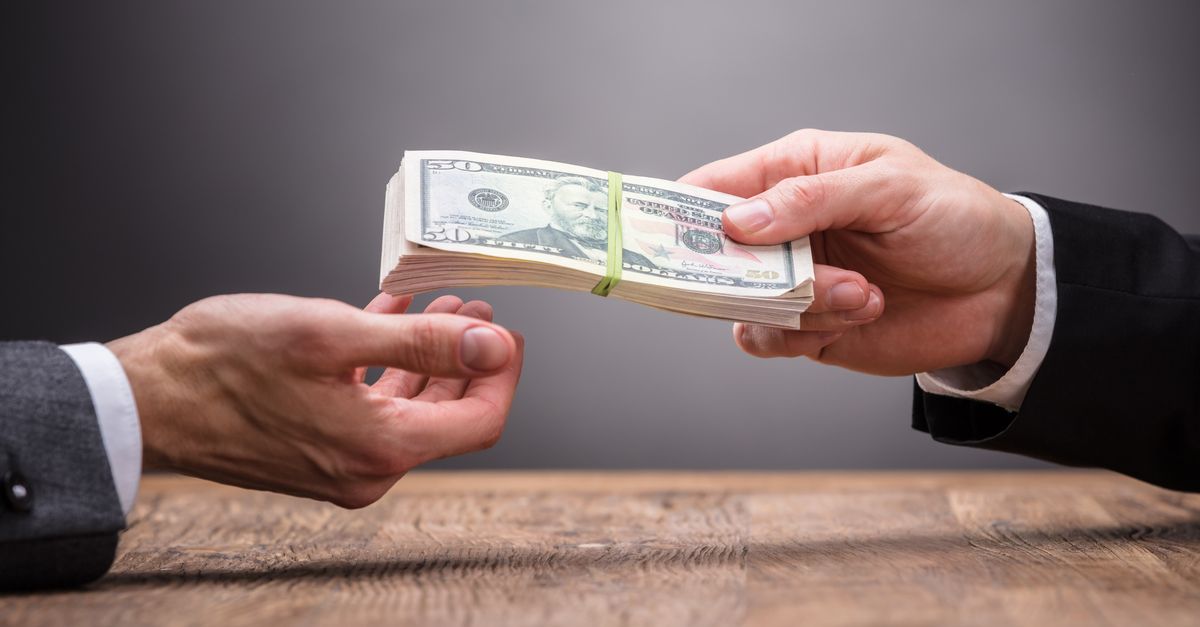 Claim:
A university medical school will pay you upwards of $50,000 for the donation of a testicle.
Rating:

Several decades ago, those in desperate need of cash to provide for themselves or their loved ones sometimes clung to the notion that if all else failed, they could always "sell their bodies to medical science." A common rumor that took root after World War II had it that anyone (of sound body) could arrange to sell his remains to Harvard Medical School — the school would pay such a donor $500 in advance, tattoo the words "Property of Harvard Medical School" on the bottom of one of his feet, and arrange upon his death for his body to be immediately shipped to the school for dissection.

That the Anatomical Gifts Program at Harvard didn't pay for bodies (it accepted anatomical donations only from persons who specified such a desire in their wills and whose wishes were supported by surviving relatives) didn't stop it from receiving several inquiries every week from people interested in obtaining pre-mortem cash payments. (If for no other reason, paying for bodies in advance would have been a bad business practice because the school had no way of stopping people from taking the cash and then fleeing somewhere they couldn't be found, or from deliberately arranging for their bodies to be mutilated in a way that would make them useless to the medical school.)

Since the 1960s, however, the rise of transplant technology has caused a shift in this class of rumor. Now the emphasis of "body sale" rumors is on selling organs that have value as transplant material, a scheme that putatively allows a donor to enjoy the proceeds of his sale immediately, as the buyer runs no risk in shelling out the cash since he gets to collect the merchandise at the time of payment.

Of course, these anatomical donations would be limited to the small set of in-demand organs that one could spare and still remain alive — that is, organs we have two of. Kidneys are an obvious choice (being much sought after for transplant into dialysis patients), but most potential donors are aware that U.S. law prohibits the sale of such organs. (The same restriction applies to other less-desirable donor options, such as corneas or lungs.)

So, somewhere along the rumor highway, the "body sale" rumors morphed into the idea that men could sell one of their testicles to a university medical research group (to be used for dissection or transplantation) for a hefty fee:

Someone in my sister's EMT class told her that one may sell their left testicle to Vanderbilt University for $50,000. They told her it had to be the left one.

I keep hearing about a rumor that claims you can sell a testicle for $80,000. I live in VA, and often hear that it is The University of VA offering this deal, but I recently spoke to a friend in Florida, and the topic was brought up (don't ask how). They said they had heard the same rumor, for the exact same amount, but that it was a hospital in Gainesville.

I heard that there is a medical place in Texas that will pay any male $50,000 for there Testicles, can you tell me if this is true and where I can go for this? I have been hearing this for over 11 years now and can't find where it is at.

My grandson tells me that the University of Tennessee is conducting a study on male sexuality and is offering to purchase testicles from willing donors. I explained that this sounded like an urban legend, and he assured me that a friend of his called the college, found out that it is true, and that the payment for such a donation varies from $100,000.00 to $160,000.00 depending on size.

It sounds like a great scheme: the removal of a testicle presents little in the way of health risks and doesn't interfere with function (i.e., a man can still obtain an erection, engage in sexual intercourse, and produce sperm with only a single testicle). The only significant drawback might be a cosmetic one, but even that could be overcome through the implantation of a prosthetic testicle.

Unfortunately for men seeking quick windfalls, universities and other medical organization don't regularly buy testicles. The National Organ Transplant Act of 1984 prohibits the sale of human organs and tissues for use in human transplantation, and that prohibition applies to testicles just the same as kidneys and other organs. Nonetheless, this rumor has run rampant in the last several years, with those desirous of selling portions of their male anatomy believing someone out there really and truly will pay for donated testicles. Such claims often identify a particular school that supposedly will pony up a hefty fee for these items, and they often include small details that seem to lend the rumors an air credibility: that only left testicles will are accepted, or that the purchase price increases with the size of the donated organ.

One interesting change in the form of this legend is that while "body sale" rumors of years past specified a relatively modest fee (e.g., $500 to $1,000) for the sale of a whole corpse, modern rumors claim that a testicle donation will bring the seller anywhere from $50,000 to $160,000 for a single organ. Perhaps the increase in dollar figures reflects a modern awareness of the premium value of organs to our medical and biotechnology industries, or perhaps it's a tangible representation of just how highly men prize their family jewels.

In November 2013, Las Vegas resident Mark Parisi claimed, in anticipation of appearing on an upcoming episode of TLC's Extreme Cheapskates program, that he was hoping to garner $35,000 by participating in a medical trial during which one of his testicles would be removed and replaced by an artificial one. But that plan did not involve the sale/donation of a testicle (researchers were only interested in the effects of removing it and replacing it with a prosthetic testicle, not in keeping or using it), it was a one-time trial (rather than an ongoing program in which anyone could participate), and there have been no subsequent reports indicating medical researchers and Parisi actually went through with the trial. Nonetheless, this item is often erroneously cited as an example of how one can make "$35,000 by donating a testicle."