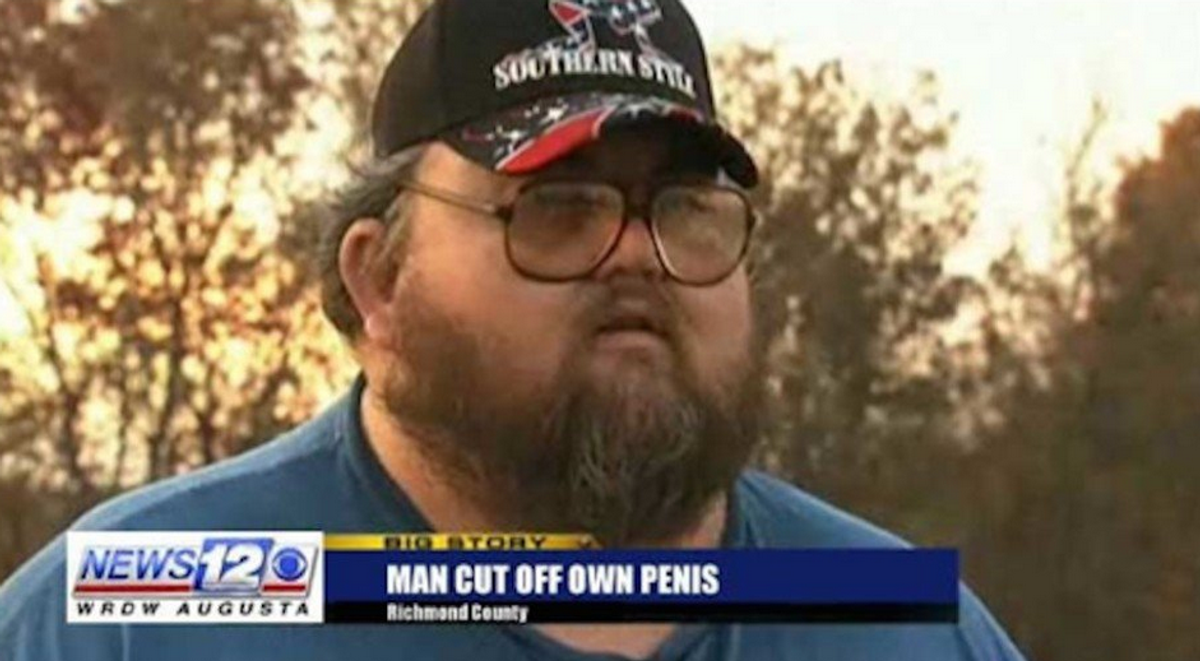 Paramedics and police were called to Jonas Etcher's mobile home Tuesday night after a frantic call came from his mother saying her son had sawed off his penis with an electric carving knife.

There is no truth to the above-displayed story. Although the web site Sick Chirpse does not contain a readily available disclaimer, there are several ways to determine that this account is fake news — primarily no other publication has reported on Jonas Etcher's supposed decision to castrate himself and that Sick Chirpse has published several other fake news stories (including a fictional yarn about police discovering 30 cow eyeballs in a DUI suspect's rectum).

As well, the photograph included with the Sick Chirpse article was taken from an unrelated 2010 news report about a man being forced to eat his own beard: