While warnings on Facebook about "sea lice" garnered skepticism, news reports have confirmed that small stinging jellyfish are present at some beaches. 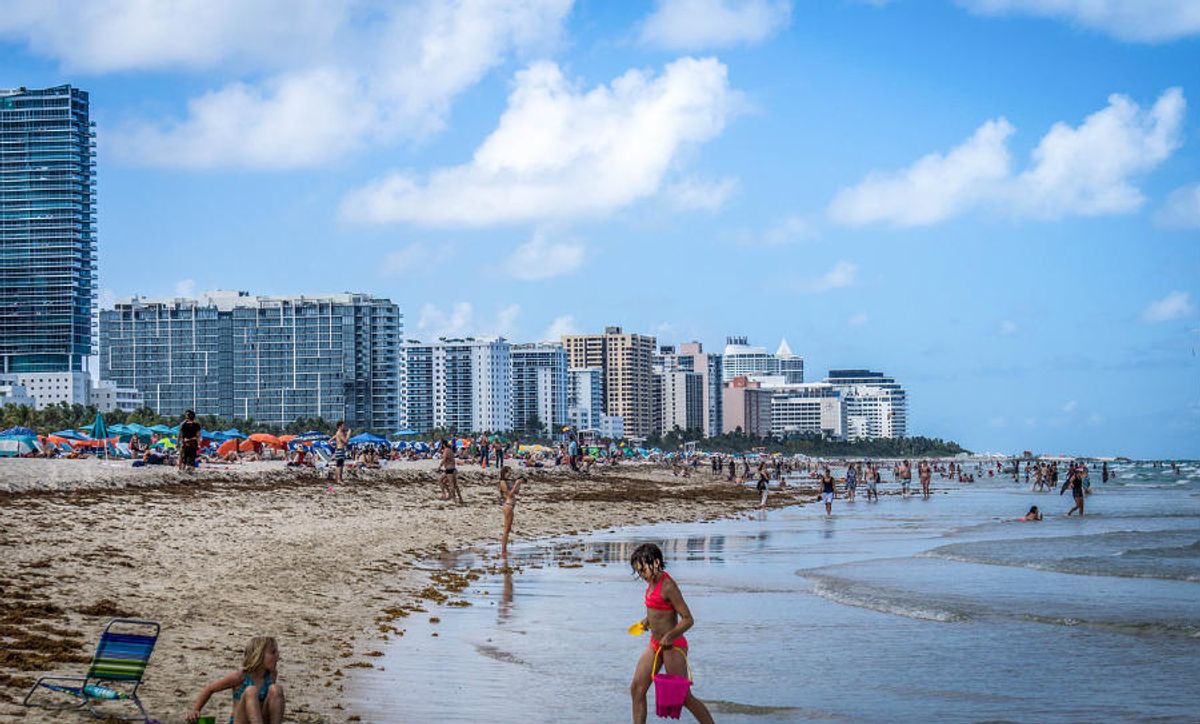 Claim:
Florida beaches have been invaded with "sea lice."
Rating:

In June 2016, popular posts on social media claimed that "sea lice" had invaded beaches in Florida. As the term "sea lice" is not widespread, especially among social media users residing in the northern states, these messages were viewed with skepticism. However, these posts stemmed from genuine news articles:

Purple flags are popping up all over the Florida panhandle as a nearly-invisible nuisance is causing a headache for beach-goers.

Sea lice, also known as beach lice, have been confirmed in South Walton and Santa Rosa Beaches, and they may be moving west towards Alabama.

Sea lice are virtually impossible to see underwater, making them difficult to track. They are known to get stuck underneath bathing suits and irritate the skin, causing a rash known as seabather’s eruption.

The claim that these creatures have "invaded" the United States' southern shores is something of an exaggeration, and may have led some to believe that this is a new phenomenon. Actually, the term "sea lice" has been used since at least the 1950s, although researchers preferred the term "seabather's eruption" as there is an unrelated marine parasite known as a "sea louse":

The term "sea lice" apparently originated during the 1950s and was used by local U.S. residents in describing the condition. This popular term persisted, despite efforts by scientists to discourage use of such an inappropriate designation. Sea lice are actually small parasites that affect fish.

While the term "sea lice" can refer to the larval form of several stinging marine creatures, seabather's eruption is commonly caused by thimble jellyfish larvae:

Seabather's eruption is a rash that occurs when a swimmer is stung by marine life larvae. The condition has many names, including sealice, pika-pika, sea poisoning, sea critters, and ocean itch.

Two types of marine life that generally cause this rash are:

Thimble jellyfish (Linuche unguiculata). These are found seasonally in the water off the Florida coast and across the Caribbean. The jellyfish breed in the Caribbean throughout the summer, peaking in May. The larvae are barely visible, appearing like a speck of finely ground pepper.

Sea anemone larvae (and other larval cnidarians) also possess nematocysts that may cause seabather's eruption.