NOAA explained that sea foam forms "when dissolved organic matter in the ocean is churned up." 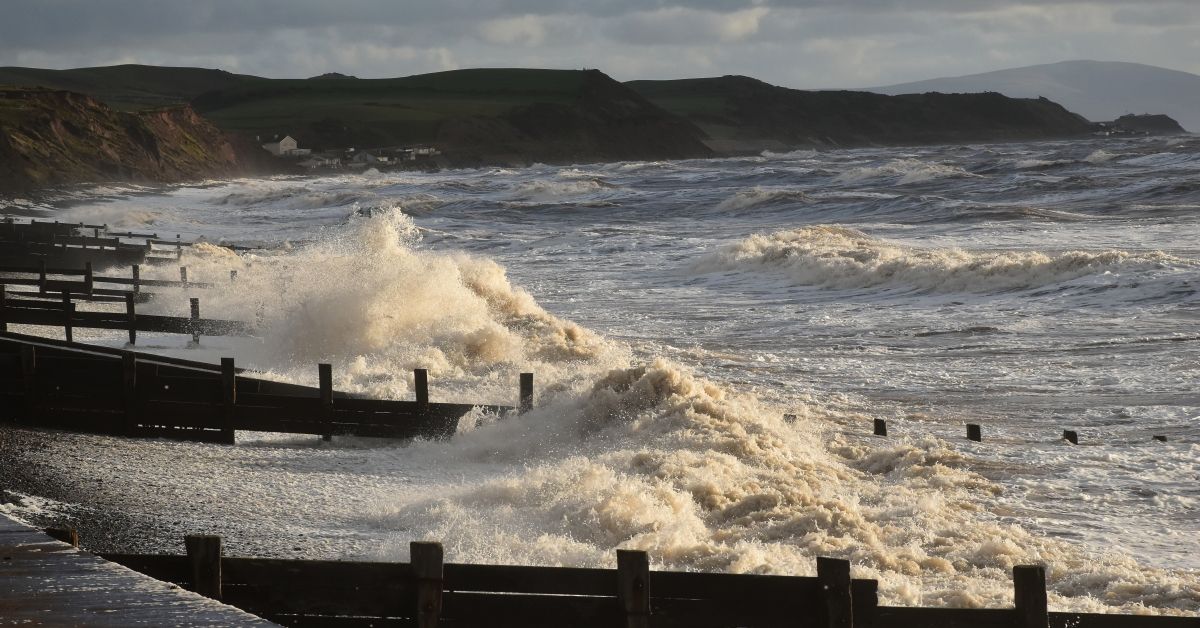 The waves pounding into the shore at St Bees on the Cumbrian coast, high winds and high tides together create some dramatic pictures. (Image Via Getty Images/Stock photo)

Claim:
A video shows a street in Spain filled with sea foam after a large storm.
Rating:

Sea foam is typically found in, well ... the sea. But according to a viral video that circulated on social media in January 2020, a street in Spain was filled with this spongy substance after a major storm.

The following clip received millions of views after it was posted to Imgur with the caption: "Sea foam fills the streets of Spain after a storm hits the country."

While this footage may look as if it comes from the pages of a fantasy novel, this is genuine video of a street in Spain filled with sea foam after a major storm.

The BBC reported that storm Gloria pummeled the Catalan coast with rain, snow, and hail in January 2020. The powerful storm left many people dead and thousands without power.

Seawater has caused major damage to beaches around Barcelona, Valencia and on the Balearic Islands.

The powerful storm also produced a mass of sea foam that covered buildings and streets in Tossa de Mar, a town in Catalonia, Spain.

The viral video clip shown above was originally posted by Joan Jordana. Here's the original clip:

The Telegraph featured Jordana's footage in its video report about the storm:

The National Oceanic and Atmospheric Administration explains that sea foam forms "when dissolved organic matter in the ocean is churned up."

If you scoop up some water from the ocean in a clear glass and look at it closely, you'll see that it's chock full of tiny particles. Seawater contains dissolved salts, proteins, fats, dead algae, detergents and other pollutants, and a bunch of other bits and pieces of organic and artificial matter. If you shake this glass of ocean water vigorously, small bubbles will form on the surface of the liquid.

Sea foam forms in this way - but on a much grander scale - when the ocean is agitated by wind and waves.

While the scene shown above is certainly unusual, it isn't unprecedented. In 2013, for instance, waves of sea foam invaded coastal towns in Australia: