Was a Sculpture 'Celebrating' Saudi Arabia Erected at Ground Zero? 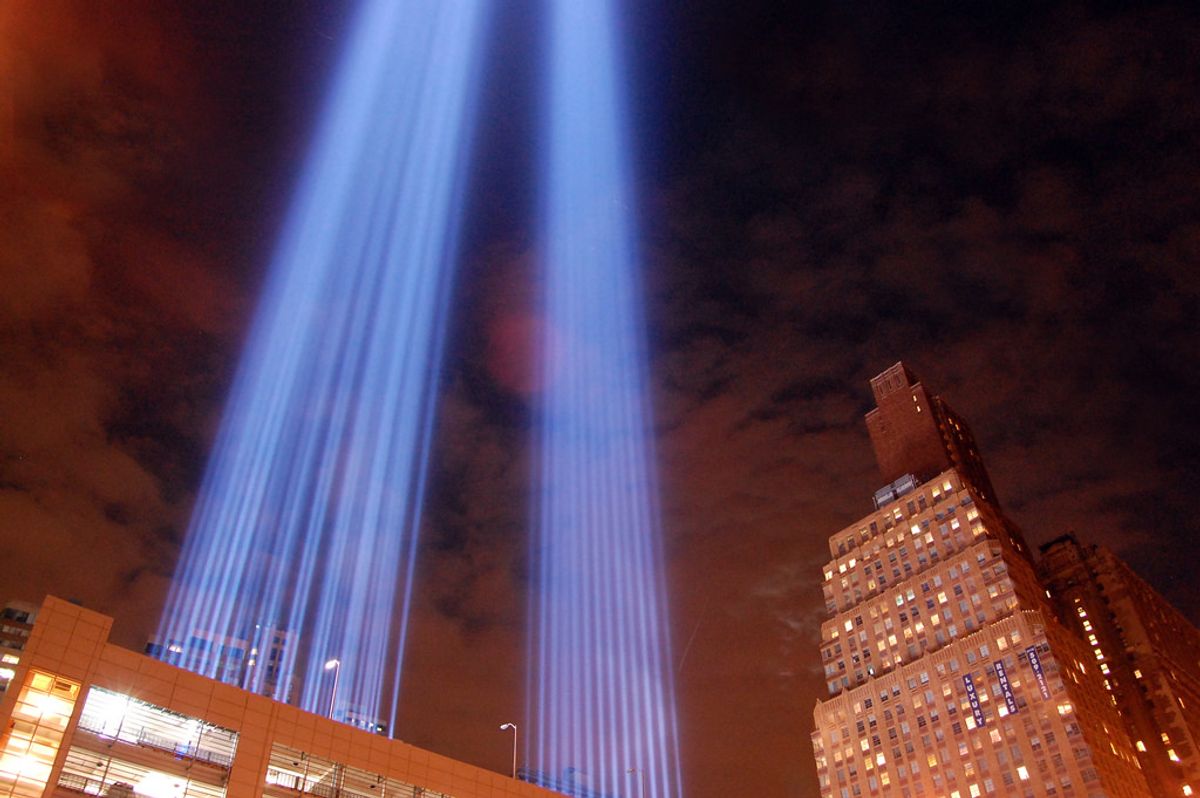 A candy-shaped sculpture wrapped in the Saudi Arabian flag was on display at the World Trade Center site.

The sculpture was part of an art exhibition that included 20 pieces of candy wrapped in the flags of all of the G20 member nations.

On 9 January 2019, the fringe website Gateway Pundit made a play at outrage clickbait with a story about an art exhibit at the World Trade Center in New York City that focused on the exhibit's including a rendering of piece of candy wrapped in the Saudi Arabian national flag.

Under the headline "Americans Outraged After Sculpture Celebrating Saudi Arabia Emblazoned with Inscription of Shahada Erected on Ground Zero," Gateway Pundit reported that:

Americans were outraged after a nine-foot tall statue celebrating Saudi Arabia emblazoned with the Islamic creed, the Shahada, “There is no god but Allah, and Mohammed is the prophet,” was erected on Ground Zero last week.

The shape of the sculpture is made to resemble a piece of candy and depicts Saudi Arabia’s green flag, the Islamic ‘sword’ and the Muslim conversion prayer.

This is all just a hop, skip and a jump away from where thousands of Americans were killed by Saudi terrorists who flew airplanes into the Twin Towers on September 11th, 2001. The Gateway Pundit story was aggregated from the New York Observer, a digital news publication that pointed out that 15 of the 19 hijackers who flew planes into the Twin Towers in lower Manhattan on 11 September 2001 were Saudi nationals.

A sculpture of a piece of candy wrapped in the Saudi Arabian national flag was installed near the site of the September 11 terrorist attack in Lower Manhattan, and the green Saudi flag bore the Arabic inscription of the religious creed of Islam ("There is no god but God; Muhammad is the Messenger of God"). But reporting that fact by itself skewed the story by removing it from its context.

The sculpture was part of a broader display created by French contemporary artist Laurence Jenkell, who is known for whimsical works including colorful sculptures in shapes that include candy, butterflies, and DNA.

Jenkell's exhibit at the World Trade Center campus was called "Candy Nations" and comprised 20 nine-foot-tall, 1,450-pound candy sculptures, each wrapped in the flag of one the G20 nations. As Saudi Arabia is a member of the G20 international forum, they were represented as part of the exhibit. The New York Downtown Alliance tweeted a photograph of the exhibit in which other flag sculptures could be seen:

Grab your friends + family to play a sweet game of Find the Flag in LM!

Although we do not own a meter capable of measuring the level of national outrage generated by the G20 art display, that outrage seemed mostly contained to a few right-leaning websites. The World Trade Center campus itself joined the Downtown Alliance in encouraging visitors to engage with the art installation by searching for the flag sculptures and tweeting photographs of themselves with the ones they found:

Find The Flag. Find the 20 candy flags on display throughout the #WorldTradeCenter created by @LJenkell. Share your pictures with us by tagging #CandyNationsWTC ? pic.twitter.com/IWoeFpvGJg

"It was a body of work that includes the Saudi Arabian flag as part of the 20 nations that constitute the G20 summit, and the idea behind it was one of unity and peace," said Alejandra Cicognani, who runs the public relations firm that represents Jenkell. "It was not a political statement that intends to disrespect the site in any way, but to the contrary."

Although Cicognani said that her firm, Cicognani Communications, did not represent Jenkell for the World Trade Center exhibit, she felt criticism of the artist's work appeared to be what she termed a case of "no good deed going unpunished." Before the exhibit was put on display at the World Trade Center, New Yorkers could view it at the Garment District, where it was part of an annual arts festival. The exhibit was originally commissioned by the G20 for display outside its summit in Cannes in 2011.

On 14 January 2019, the Observer reported that the art installation would be moved from the World Trade Center campus to John F. Kennedy International Airport:

The Port Authority of New York and New Jersey will remove an art installation featuring a nine-foot tall statue of Saudi Arabia’s flag from the World Trade Center campus.

“We have been in contact with the 9/11 Memorial and various stakeholders, and in full collaboration with the artist will relocate the exhibit from its current location,” a spokesperson for the organization told Observer. “We believe this solution respects the unique sensitivities of the site and preserves the artistic integrity of the exhibit.”

When reached for comment by Observer, Jenkell said she had deliberated on removing the Saudi Arabia statue from Candy Nations’ tenure at the World Trade Center campus, but decided against it because “Saudi Arabia is entirely part of the G20 just like any other candy flag of this Candy Nations show.” The artist’s exhibit will find a new home at John F. Kennedy International Airport, where it will be prominently displayed throughout the AirTrain system.