A false article convinced some that NASA scientists miscalculated the solar eclipse date and were off by one year. 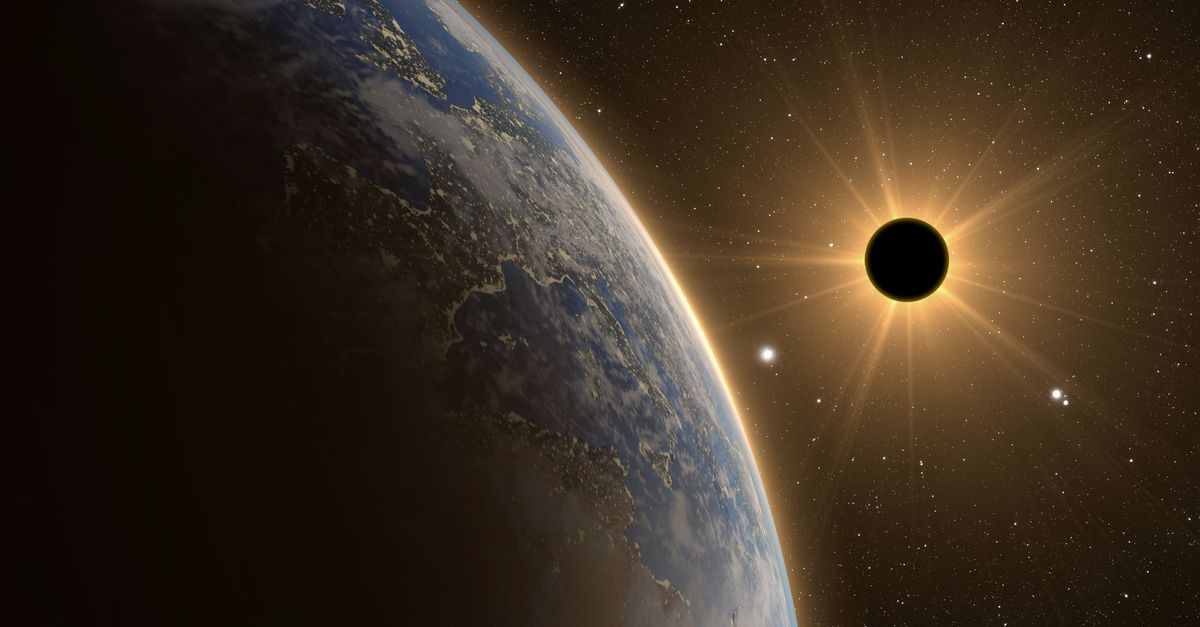 Claim:
NASA scientists "forgot to carry the one," miscalculating the date of an August 2017 solar eclipse by one year.
Rating:

On 17 August 2017, the Wyoming Magazine web site published an article suggesting that NASA scientists had "miscalculated" the dates of a then-imminent solar eclipse:

HOUSTON, TX — After double-checking their math, scientists have announced that the total lunar eclipse predicted for August 21, 2017, will occur August 3, 2018.

“Due to a computational mishap, the eclipse we projected for later this month will actually take place late next year,” stated NASA astrophysicist Dr. Theodore Moneta at a hastily-planned press conference from Johnson Space Center in Houston. “We were a bit off.”

Dr. Moneta explained that in calculating the date of the eclipse, scientists utilized a complex formula involving geocentric ephemeris for the Sun and Moon, various parameters, constants, and the Besselian elements, but along the way an error went unnoticed.

“In layman’s terms, we forgot to carry the one,” explained Moneta, a mistake that has plagued 12-year-olds in 7th grade math for centuries.

“It’s disappointing,” stated Matt Mead, governor of Wyoming, upon hearing the news. “Obviously, the NASA nerds really dropped the ball on this one.”

The item touched on floods of tourism expected by states in the path of the solar eclipse, "quoting" Wyoming's governor as saying that "Wyoming doesn’t need an eclipse to shine" and "[a] visit to our state is spectacular with or without a once-in-lifetime astronomical occurrence."

Although the item was not marked as satire or fake news, that was clearly the case. NASA did not "miscalculate" the solar eclipse's dates -- in fact, they tweeted about it on the same day the article was published:

Searches for "Dr. Theodore Moneta" led back exclusively to the 17 August 2017 item. The agency tweeted about the eclipse on the same day the article was published:

Moreover, the Wyoming Office of Tourism's Facebook page commented on Wyoming Magazine's "miscalculated eclipse" post, saying that the outlet was "pranking everyone":