The famous quote that first appeared online in the year 2001 was still being virally shared in social media memes years later. 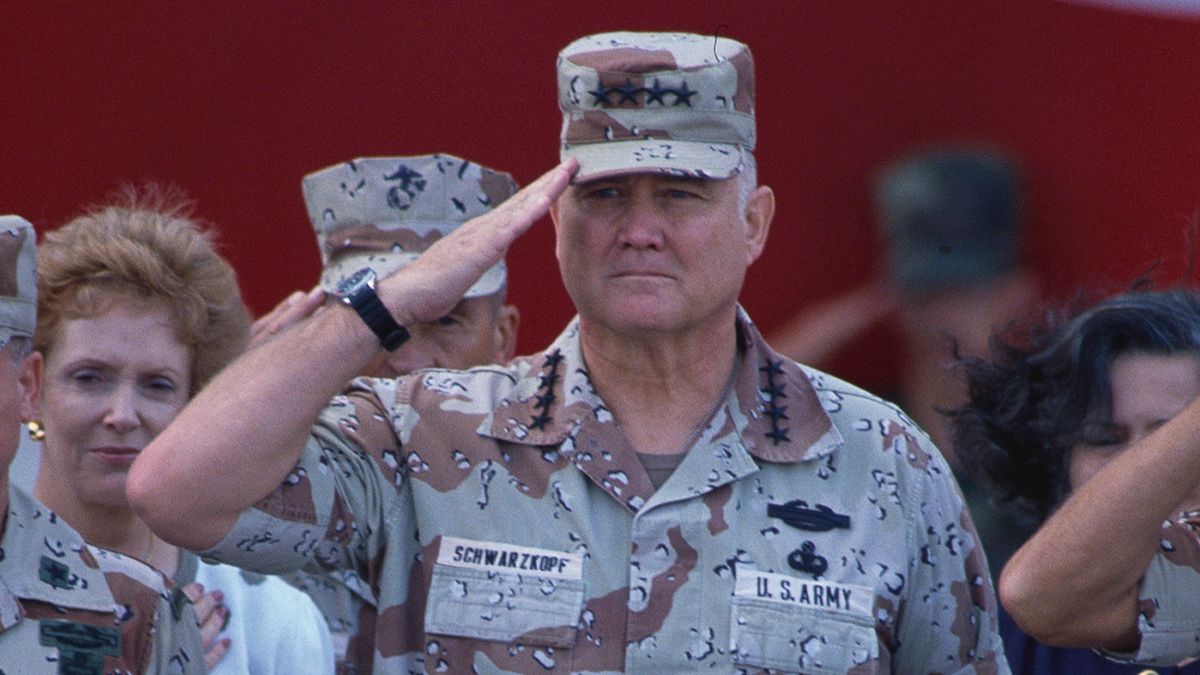 Claim:
In 2001, former Gen. Norman Schwarzkopf said of the perpetrators of the 9/11 attacks: "Forgiving them is God's function. Our job is simply to arrange the meeting."
Rating:

The "arrange the meeting" quote first originated in a chain email in late 2001. There is no record in any newspaper to confirm that Schwarzkopf uttered the words that year. However, in 2003, the former general said something similar to the quote on the NBC News program "Meet the Press," saying he was "proud" the quote had been attributed to him.

While the quote may have seemed authentic to some readers, this wasn't an actual statement made by the former general. Here's how it all started.

In October 2001, former Gen. Schwarzkopf was supposedly asked how it was possible to fight an enemy willing and ready to die for his cause. His answer: "Accommodate him." However, we found no record of such a remark.

Then, the following text from a chain email began being shared either in late 2001 or early 2002:

In a recent interview, General Norman Schwartzkopf was asked if he didn't think there was room for forgiveness toward the people who have harbored and abetted the terrorists who perpetrated the 9/11 attacks on America. His answer was classic Schwartzkopf. He said, "I believe that forgiving them is God's function. Our job is simply to arrange the meeting."

The email's claims of "a recent interview" with Schwarzkopf clash with the fact that no newspaper available on newspapers.com printed the "arrange the meeting" quote in 2001, nor had any other credible source provided details to confirm such a remark was uttered by the former general.

In 2006, the same remark made the rounds as: "I believe that forgiving Hezbollah is God's function. The Israeli's job is to arrange the meeting." We could not find any record of this either.

On Sept. 13, 2021, the quote found new life as a Facebook meme following the twentieth anniversary of the terrorist attacks of 9/11. Despite the Schwarzkopf "arrange the meeting" claim being false and having been debunked for nearly 20 years, the post was shared more than 357,000 times in one week.

While Schwarzkopf was not the originator of the quote, he did end up being "proud" of the fact the quote was attributed to him. This led to him uttering similar words during his Feb. 8, 2003, appearance on "Meet the Press." Schwarzkopf appeared on the NBC News program with host Tim Russert:

Russert: General Schwarzkopf, how important is it that we capture Osama bin Laden?

Schwarzkopf: Well, I think it’s important only because the man on the street in the Middle East, you know, believes that he — a lot of people believe that he is on the right track and that he is some sort of a folk hero and that sort of thing. And I think it’s necessary to bring him down, one way or another. I will confess to you that, you know, one of the statements that’s been attributed to me that I’m sort of proud of is somebody said, you know, "What do we do about Osama bin Laden?" And they asked me, "Can we forgive him?" And I said, "Forgiveness is up to God. I just hope we hurry up the meeting." And that’s the way I feel about him, really.

A video of the exchange was not available.

"Stormin' Norman," as he was known to many people, served as deputy commander of U.S. forces in the 1983 Grenada invasion and held a series of senior staff and field commands in the United States and Europe, but it was his command of the Allied forces in the brief desert war against Iraq in early 1991 that turned him into an overnight national hero and media darling.

Those on the homefront appreciated his no-nonsense way of handling matters and grew to think of him as a straight-shooter whom they could trust to have an answer for anything, especially if that "answer" needed to be delivered in the form of decisive action taken against a dread foe. These perceived personality traits were likely the reason why the 2021 Facebook meme was so quickly shared hundreds of thousands of times.

It's possible the "arrange the meeting" quote was a misremembering of a purported ROTC saying: "Your enemy's duty is to die in defense of his country. Your duty is to see that your enemy does his duty." However, we were unable to verify this information.

In sum, former Gen. Norman Schwarzkopf did not originate the "arrange the meeting" quote that has been shared perhaps millions of times since 2001. It appeared to come from a chain email.

Note: This story was originally written by Barbara Mikkelson.

On Sept. 20, 2021, this nearly 20-year-old fact check was updated with a new Facebook meme that was widely shared.