Reports that the New York senator accepted a campaign donation from pro-immigration groups just prior to a crucial Congressional vote are fake news. 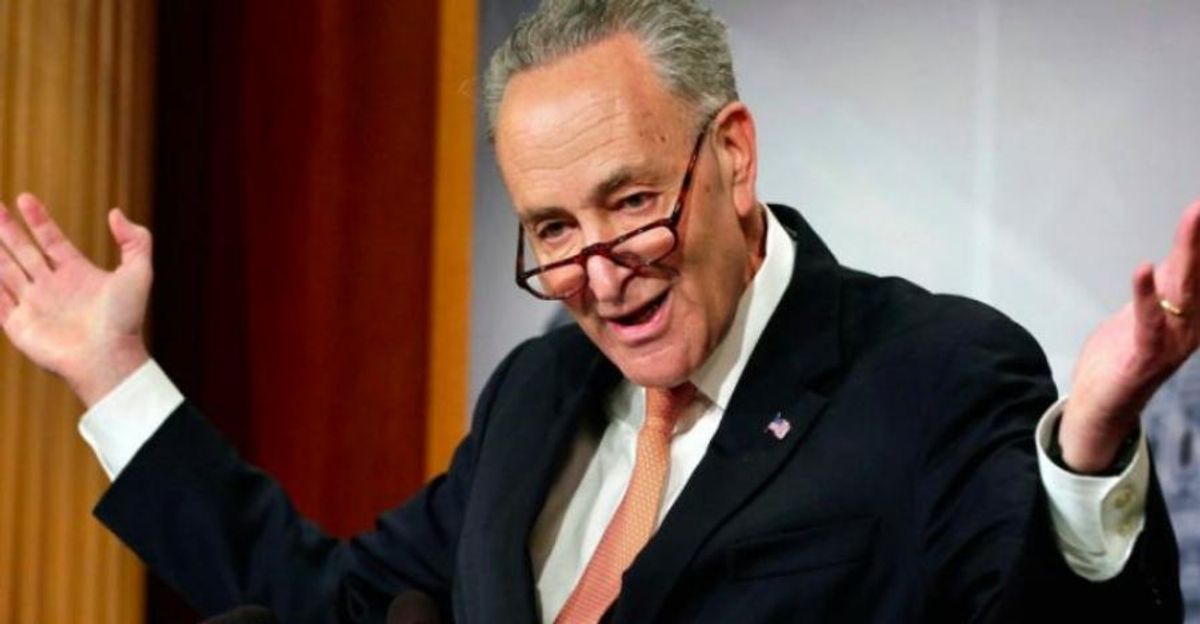 Claim:
New York senator Chuck Schumer accepted a campaign donation of half a million dollars from pro-immigration groups just prior to a crucial Congressional vote.
Rating:

On 20 January 2018, the America's Last Line of Defense web site published an article positing that New York Senator Chuck Schumer had accepted a campaign donation of half a million dollars from pro-immigration groups just prior to a crucial Congressional vote:

Democrat Senator Charles Schumer was willing to shut down the government and hurt millions of people while causing billions in economic damage over his desire to remove penalties for illegal aliens and open the borders, but have you wondered why?

An explosive report by The Gateway Pundit reveals that there may be a reason for his support beyond Schumer’s purported love of Mexican criminals above our veterans and poor children. In fact, there is a reason. $500,000 of them in fact.

Transparency website Glass Tabletop revealed Saturday that just before the Friday evening vote, Schumer received three separate campaign donation from Immigration for Everyone, the Council for Alien Rights, and the Southern Border Defense Fund — three groups that regularly push for complete amnesty for all illegals.

This report was not true, and none of the sources referenced within it documented what the headline and text proclaimed. The story originated as yet another fabrication from America's Last Line of Defense, a site that is part of a fake news network dedicated to spreading political misinformation under the guise of offering "satire."