Does the U.S. Experience Far More School Shootings Than Any Other Country?

CNN got the basic facts about international school shooting frequencies right, albeit in a list that omitted some significant countries. 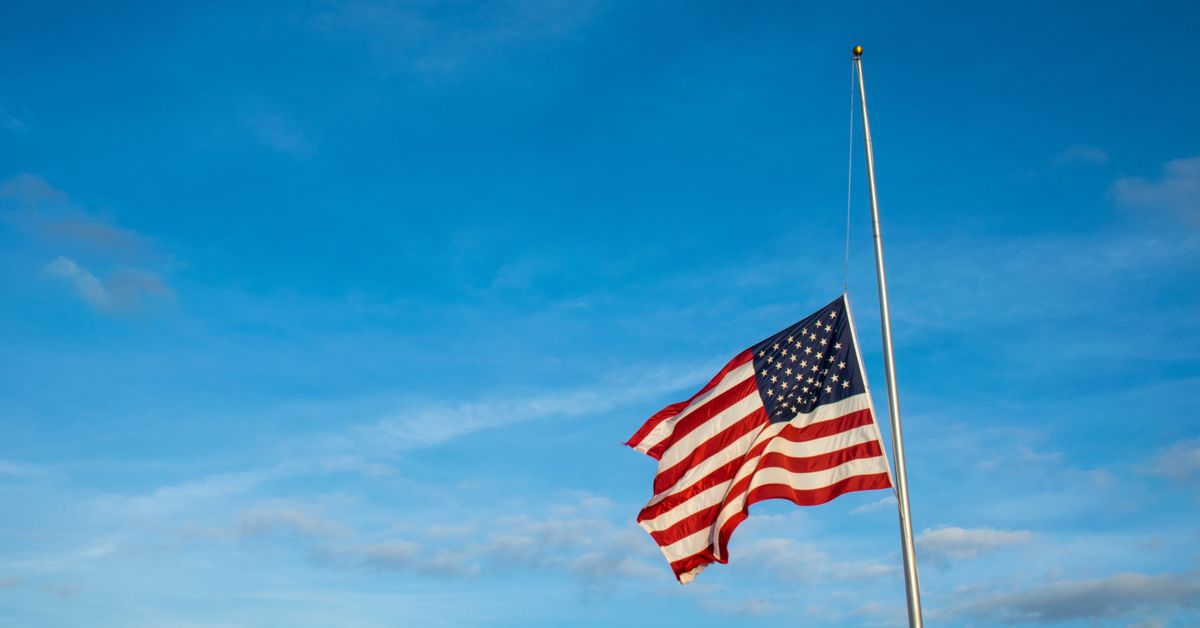 Claim:
The experienced many times more school shootings between 2009 and 2018 than 27 other countries combined.
Rating:

According to estimates gleaned from multiple databases, the U.S. experienced vastly more school shootings between 2009 and 2018 than dozens of other countries combined.

Tallies of school shootings are estimates that vary from source to source, and the CNN figures did not adjust for population size, nor did they include certain Central American countries which have some of the highest rates of firearms-related homicides in the world.

In the wake of yet another mass school shooting in the U.S. in May 2018 (at Santa Fe High School in Texas), public attention once again turned to how the United States compares with other parts of the world when it comes to deadly gun attacks at educational institutions.

CNN shared data which appeared to show that over the previous nine years, the U.S. had experienced 288 "school shootings," compared to only 27 such attacks in 16 selected countries combined. CNN producer AnneClaire Stapleton stated that the figures were the result of a "data review" by the network, as did David Gelles, executive producer of political programming:

An introductory note to the list of countries specified that the tally was the result of a "review of media reports" by CNN, and in the 21 May 2018 broadcast of CNN's Newsroom, anchor John Berman described the list as documenting that "The number of high school shootings in the United States as compared to more than a dozen other countries around the world since January 1st 2009. There have been at least 288 shootings in the U.S. alone. The rest of the world combined? The rest of the world combined, it was 27."

The figures were given additional publicity when they were featured on Wolf Blitzer's Situation Room later that same day:

In a separate article on their web site, CNN explained how they reached the figure of 288 school shootings. Researchers and reporters from the network analyzed "media reports and a variety of databases" and counted shootings in all educational institutions (K-12, university, vocational college) in which at least one person was shot (other than the perpetrator).

At this point we note that Berman somewhat misstated the parameters of the network's research in his on-air comments, as CNN's tally did not relate to "the rest of the world combined" but rather initially to the other five G7 countries (Canada, Japan, Germany, Italy, France, the UK), and then to an expanded list of 27 different countries.

Also, the data encompassed all educational institutions (not just high schools), were not limited to fatal shootings, and included instances of gang violence, fights, domestic violence, and accidental shootings.

Mass shootings are typically defined as those in which at least three or four people are intentionally shot dead in an incident unrelated to gang violence or the commission of a separate crime (such as armed robbery), but CNN did not employed a much broader definition. Also, CNN's figures likely understated the prevalence of school shootings, as the network itself noted:

Reporting on non-fatal school shootings is not always available. There may be additional school shootings with injuries that did not make it into the newspaper or digital publications, and therefore aren't counted in databases that rely on media reports. This is true for shootings in the US and overseas.

School Shootings in the United States

The U.S. keeps no official national figures for shootings taking place in educational institutions, and unofficial counts compiled by various organizations vary depending upon methodology. Since 2013, the pro-gun control Everytown for Gun Safety organization has tracked shootings at schools, universities and colleges. If we apply CNN's criteria to Everytown's data, the results yield 203 shootings between 2013 and 2018 (but that leaves out shootings that took prior to 2013).

If we apply CNN's criteria to the Washington Post's database of school shootings, we turn up 82 school shootings between 2009 and 2018 (but that leaves out incidents occurring at colleges and universities).

CNN also cited research conducted by Institute for Complex Systems (ICS) at Northwestern University. According to ICS' data, 108 school shooting incidents took place between 2009 and 2013, with 42 of those involving at least one fatality. However, these data don't fit CNN's criteria because they don't include shootings occurring after 2013, don't specify whether shootings involved any injuries, and only count school shootings that involved either a student or staff member.

Finally, according to Gun Violence Archive data, 303 school shootings that led to at least one injury or fatality took place in the U.S. between January 2012 and May 2018.

In the absence of official statistics, estimates on the number of school shootings (even well-researched ones) vary widely in terms of the time periods covered and the selection criteria applied in each case. For example, should a tally of school shootings include incidents that involve students and take place on school property, but occur off-campus? Should it include on-campus incidents involving individuals who neither attend the school nor work there? Should it include shootings that take place at school functions (on- or off-campus), such as field trips and proms?

Without access to the details of CNN's list of 288 shootings, we can't check them against other databases; we can only assess them by performing some rough extrapolations. Perhaps the two most comprehensive school shooting archives are those published by Everytown and the Gun Violence Archive, both of which include a brief description and hyperlinked source for each single incident.

School Shootings Outside the United States

What about school shootings elsewhere around the world? Is there any country whose tally has come anywhere close to that of the United States, or is CNN on the right track when they claim that "the U.S. has had 57 times as many school shootings as the other major industrialized nations combined"?

However, CNN's list of "major industrialized nations" countries does not encompass a good many countries where gun violence is extreme, particularlt those in the Central American region. For example, Honduras has the world's highest gun-related homicide rate in the world, according to data gathered by GunPolicy.org, a research project hosted at the University of Sydney, Australia.

In 2013, Honduras saw 5,630 firearms-related homicides amidst a population of 8.65 million people, while the United States saw 11,208 such homicides that year (almost twice as many) amidst a population of 316 million (approximately 36 times larger). Exact figures are hard to come by, but Agence France-Presse reported in 2017 that school shootings in Honduras "are so common, they are subsumed quickly into the country's news cycle and barely register outside its borders."

In El Salvador, which experienced 1,618 gun homicides in 2013 amidst a population of 6.2 million, violent gangs frequently target students and teachers both at school and on their way there.

We also have to consider the lethality of school shootings. Terrorism is rarely a factor in U.S. school shootings, but it often is in school shooting rampages in other parts of the world, particularly Africa and Asia. As CNN themselves noted, some individual school shootings outside the United States have killed many more people than even the deadliest school shootings in American history, but CNN considered only the frequency of such attacks and not the number of victims.

In December 2014, Taliban militants killed 148 people, including 132 schoolchildren, at the Army Public School in Peshawar, Pakistan. And in CNN's list Kenya is counted as recording only one school shooting between 2009 and 2018, but that April 2015 attack by Al-Shabaab militants on Garissa University College left 148 people dead. By contrast, the deadliest single school shooting in the United States during the same time period was the December 2012 Sandy Hook massacre in Newtown, Connecticut, in which a gunman killed 27 people (mostly children) at an elementary school.

Finally, the CNN figures did not account for population size. Notwithstanding all the disclaimers we have noted above, let's accept the network's numbers for the sake of argument: The United States' 288 school shootings might appear to dwarf Estonia's single incident between 2009 and 2018, but the population of the United States (around 325 million in 2018) also dwarfs that of Estonia (around 1.3 million in 2018). Using data from the World Bank, we took the average population of each of the countries listed by CNN between 2009 and 2016 (the most recent year for which population data was uniformly available) and compared that to the total number of school shootings listed by the network.

In the United States, 9.1 school shootings took place for every 10 million people between 2009 and 2016, while in other countries the average figure was 0.1 shootings per 10 million people. Furthermore, this tally only includes the 18 other countries where CNN recorded at least one shooting, and if we included countries where no such incidents took place the rate would be even lower. This fits CNN's primary point of analysis, which was to demonstrate that the frequency of school shootings (independent of the number of victims) in the U.S. is much higher than that of other countries combined.

To conclude, it is certainly true that the United States vastly outstrips the 27 other countries listed by CNN when it comes to the number of school shootings occurring between 2009 and 2018, and this higher prevalence holds true even when population size is taken into account.

However, countries not included in CNN's list which might undermine the United States' place at the top of that ranking. The Central American nations of Honduras, El Salvador and Guatemala — whose firearms-related homicide rates are much higher than that of the United States, and where gun-fuelled gang violence is a major social problem — could potentially outstrip the United States' rate of school shootings per capita, although we were not able to find reliable data to check this hypothesis.

MacGuill, Dan.   "Does the United States Have a Lower Death Rate From Mass Shootings Than European Countries?"     Snopes.com.   9 March 2018.