The poem describing the school shooting began: “The chicken soup in her thermos stayed hot all day while her body grew cold.” 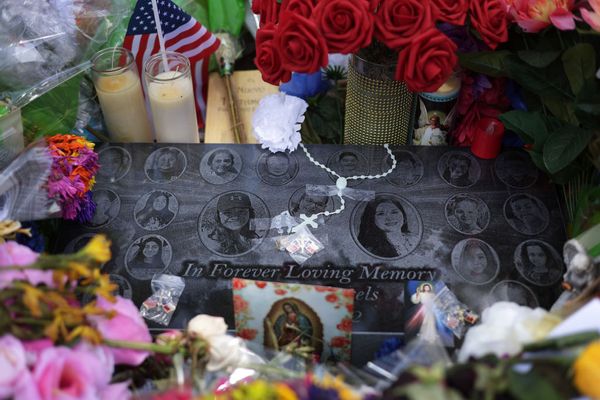 Claim:
The mother of Uvalde, Texas, school shooting victim Amerie Jo Garza wrote and published on Facebook a poem that began: “The chicken soup in her thermos stayed hot all day while her body grew cold.”
Rating:

No, the mother of Uvalde, Texas, school shooting victim Amerie Joe Garza did not write a now-viral poem in June 2022 that began with, “The chicken soup in her thermos stayed hot all day while her body grew cold.”

Following the Uvalde massacre at Robb Elementary School that left 21 dead, including 19 students and two teachers, a poem circulated on social media that was said to be written by the mother of Amerie Jo Gaza, a student who was killed on May 27, 2022.

Snopes readers asked our team to determine whether the poem was indeed written by the mother. Through our tip line, we were told that the poem had started circulating within a few days of the shooting.

We found the girl's mother by tracing a series of Facebook posts describing Amerie. We have opted to not publish her name for privacy purposes, but we did contact her through the social media platform asking if she had authored the poem. She responded: “I did NOT write that poem.”

Rather, the widely shared poem was an example of glurge content, which Snopes has previously described as “chicken soup with several cups of sugar mixed in.” Glurge is the sending of inspirational (and supposedly “true”) tales to boost engagement and popularity on social media. And in this case, that glurge content was generated by way of copypasta, which we’ve described as copy-and-pasted text shared online without linking to a specific source.

It is not clear where the poem originated, but screenshots sent to our newsroom suggest that journalist Neil MacFarquhar shared it to his Facebook account with an introduction that said, “The mom of Amerie Jo Gara, one of the Uvalde victims, wrote this. It should never happen to anyone.” We looked through his profile and found that the post was no longer available. The above screengrab was sent to our newsroom by a Snopes reader.

As such, we have rated this claim as “False.”

Snopes readers also sent us the poem as it was shared online, a portion of which is posted below. Due to the graphic nature of some of the content, we have chosen to omit the latter half of the copy. It read, in part:

The chicken soup in her thermos stayed hot all day while her body grew cold. She never had a chance to eat the baloney and cheese sandwich. I got up 10 minutes early to cut the crust off a sandwich that will never be eaten.

Should I call and cancel her dental appointment next Wednesday? Will the office automatically know? Should I still take her brother to the appointment since I already took the day off work?

Misinformation often follows in the wake of tragedy. Following the 2022 Uvalde school shooting, our newsroom looked into a number of related online rumors, including the following:

“No, Uvalde Shooting Victim’s 2 Fathers Were Not Proof of a ‘False Flag.’” Snopes.Com, https://www.snopes.com/fact-check/uvalde-false-flag-2-fathers/. Accessed 8 June 2022.