No, 'Scarface' is not being remade with Leonardo DiCaprio cast as Tony Montana. 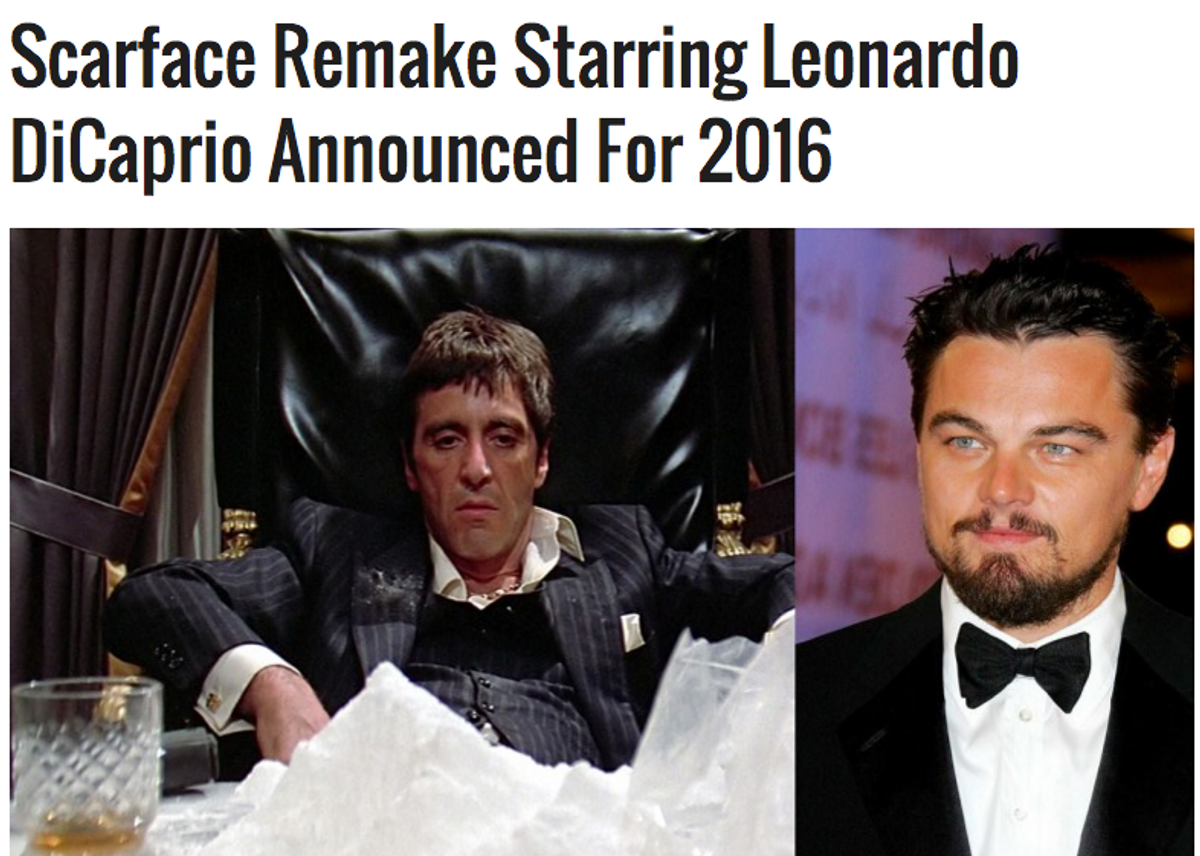 Claim:
'Scarface' is being remade with Leonardo DiCaprio cast as Tony Montana.
Rating:

Universal Studios, one of the biggest players in Hollywood made a huge announcement this morning that will no doubt drive film fans into a frenzy – 32 years after it’s release,  the legendary crime-drama Scarface is getting a remake – and what’s more, the flick is starring none other than Leonardo DiCaprio himself.

In the press release, Universal Studios revealed that they had been planning a remake since 2002, but that they had not been able to find anyone who they thought could live up to Al Pacino’s august performance in the original.

However, no such press release was issued in August 2015, or in the intervening months. A disclaimer at the bottom of every The Portly Gazelle page explained:

Disclaimer: All stories on this site are satire and the opinions expressed do not belong to any real people. If persons appear in the picture they have nothing to do with the story.

While The Portly Gazelle isn't one of the better-known fake news sites, the site similarly took in social media users with claims of a Forrest Gump remake in September 2015. Around the same time, Facebook and Twitter users inadvertently got their hopes up for a Hocus Pocus 2 based on a then-circulating fake movie poster.