Did a Black Alabama Running Back Lose His Scholarship Over Anti-Trump Comments?

Reports that University of Alabama running back Bo Scarbrough's scholarship was revoked over an anti-Trump outburst are fake news. 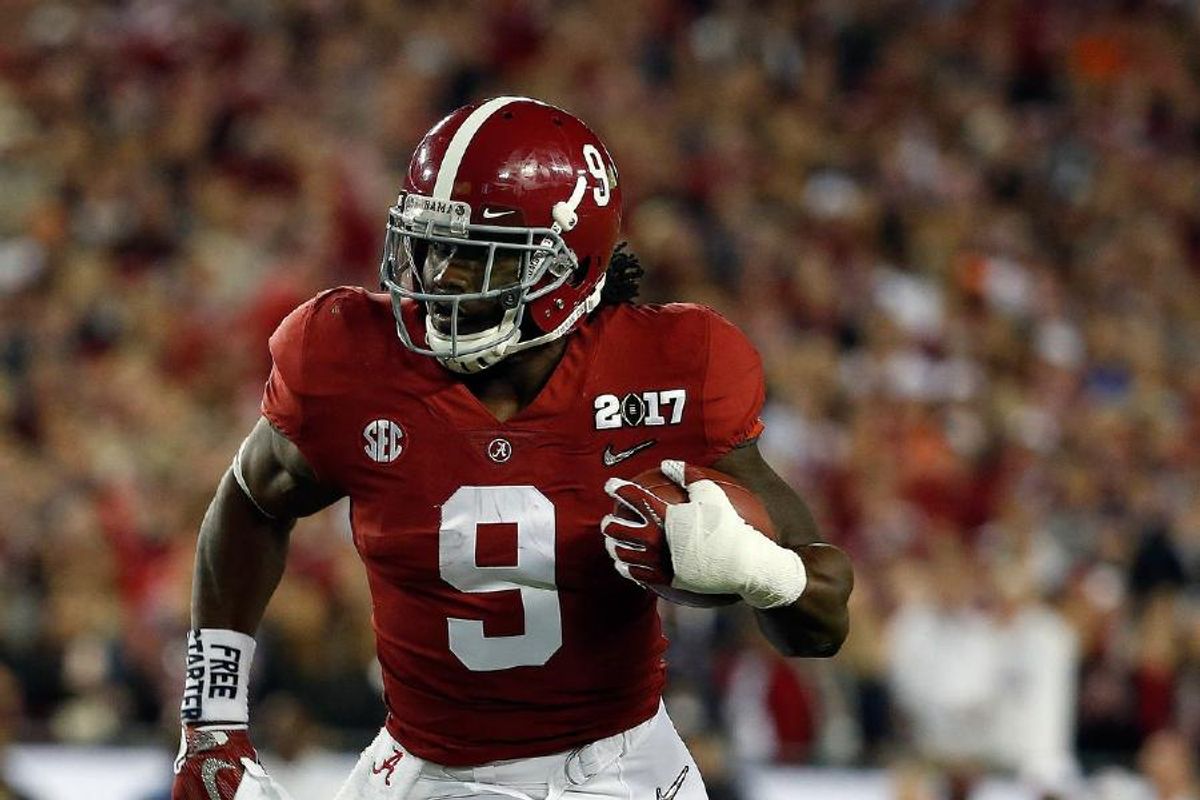 Claim:
University of Alabama running back Bo Scarbrough lost his scholarship over an anti-Trump outburst.
Rating:

On 9 January 2018, the web site America's Last Line of Defense published an article reporting that University of Alabama running back Bo Scarbrough lost his scholarship over an anti-Trump outburst:

When President Trump attended the NCAA national football championship game Monday he just wanted to see some football, but the players decided to bring politics to the game — especially Atlanta running back Bo Scarbrough, who won liberals’ hearts by acting like the trash he is.

Video that has gone viral among unpatriotic scumbags shows Scarbrough screaming “fuck Trump” as he walks with his team to the field. Other unidentified players joined in.

While Scarbrough may have thought his outburst was funny, school administrators didn’t. According to University of Alabama president Mark Heller, “the decision was made to remove Mr. Scarborough from the team following his outburst, which does not represent the values of this institution.”

The background to this report was the 2018 College Football Playoff National Championship held in Atlanta on 8 January 2018, during which -- with President Trump in attendance -- No. 4 Alabama toppled No. 3 Georgia in a thrilling overtime win to clinch the national college football championship.

The event was somewhat marred by a controversial viral video clip recorded as Alabama Crimson Tide players were walking between the field and the locker room, during which a player said to be Alabama running back Bo Scarbrough was captured purportedly shouting "F*ck Trump!" The audio from the clip was far from clear, however, and Scarborough maintained that he had actually yelled "F*ck Georgia!":

Regardless of what Bo Scarbrough may or may not have said during the referenced outburst, the University of Alabama has not announced any revocation of any scholarship Scarbrough might currently hold or his removal from the football team. In fact, the president of the University of Alabama is Dr. Stuart R. Bell, not "Mark Heller," as reported in the America's Last Line of Defense article. Additionally, Scarbrough is reportedly planning to skip his senior year at Alabama to enter the NFL draft, in which case the penalties putatively aimed at him would have no effect anyway.

All of this misinformation is to be expected, as the sole source for this story is part of a network of fake news web sites that traffic in fabricated political clickbait, and the site carries a disclaimer stating that "Everything on this website is fiction."