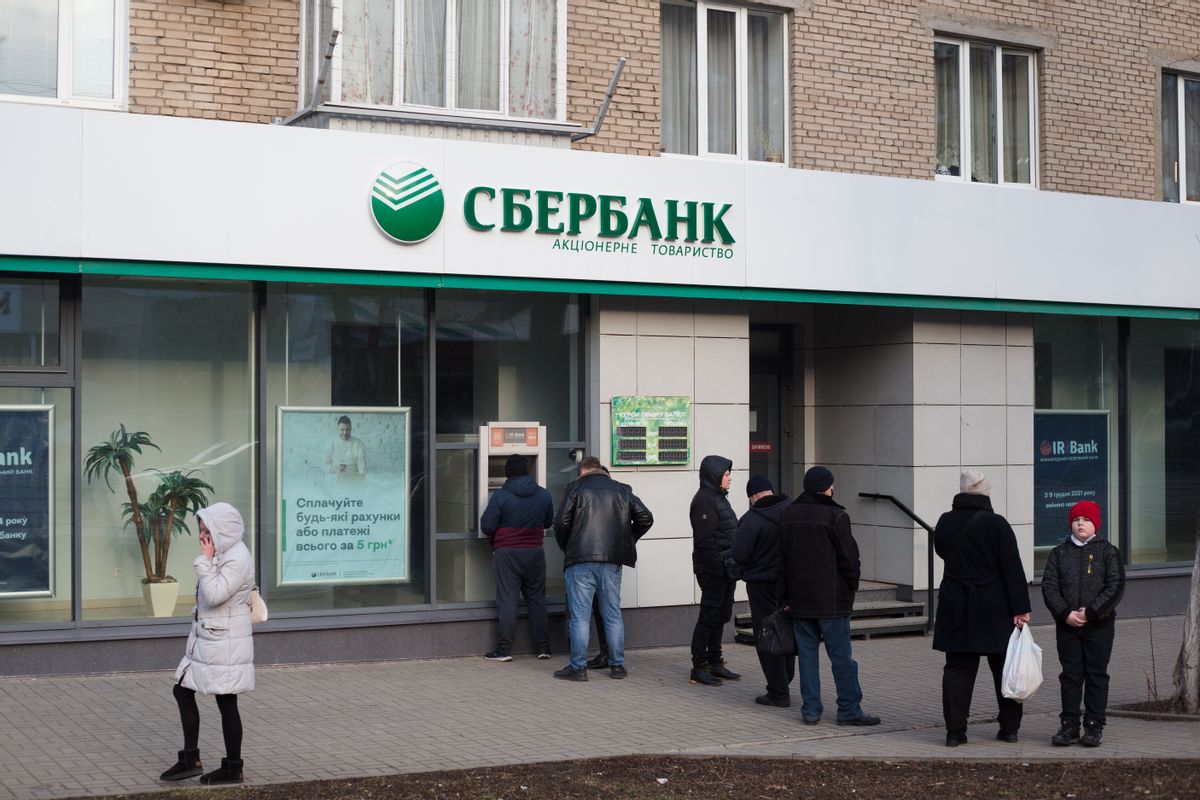 In late February 2022, a rumor went viral on TikTok and Twitter that said Russia's largest bank, Sberbank, had imposed a cash withdrawal limit that would be equivalent to $20 in the U.S. The rumor began to spread just after Russia began its invasion of Ukraine on Feb. 24.

On Feb. 25, the person behind the @bantg Twitter account tweeted: "Sberbank, Russian largest bank, has limited cash withdrawals to $20."

Another tweet posted on Feb. 26 claimed: "JUST IN: Sberbank, the largest bank in Russia, has limited cash withdrawals for its customers to $20 ? #PutinWillFeelThePainSoon." The hashtag referred to Russian President Vladimir Putin.

Replies under the tweet asked for a source for the information, but @nick82gh did not respond to them.

While this second tweet didn't receive many engagements, it was shared the same day to TikTok as a screenshot. Within 48 hours of being posted, that TikTok video received 80,000 likes and was viewed more than 1.4 million times. The person speaking in the video said: "The bank run has started. Russia is going bankrupt. This is the end of [the] Russian economy completely."

Here are the facts: It's true that Sberbank is Russia's largest bank by its amount of assets, according to The Wall Street Journal. However, at the time, we found no reporting or evidence of any kind that backed up the claim that the Sberbank had limited cash withdrawals to $20. We also found no data about anything related to Sberbank causing the entire country of Russia to go bankrupt, as mentioned in the TikTok video.

By email, a spokesperson for Sberbank told us: "This information contradicts reality. Sberbank continues to fulfill all of its obligations in full, including the withdrawal of funds from accounts. All funds are available to customers at any time."

On Feb. 28, ABC News and The Associated Press reported that Sberbank had been hit with "tough U.S. sanctions," leading to some limits on cash withdrawals:

Sberbank and VTB banks are Russia’s two largest state-run banks and own roughly half of the assets in the Russian banking system. They were targeted last week by tough U.S. sanctions aimed at limiting their businesses internationally and over the weekend barred from the international SWIFT payment system.

In both Slovenia and Croatia, Sberbank temporarily closed its branches or limited cash withdrawals following a rush by its clients last week.

At the time that this news was published, 1000 euros was equivalent to $1,121, while 400 euros converted to $448. Neither of these figures was anywhere close to a $20 limit. We asked Sberbank for information on cash withdrawal limits for other countries but did not receive a response before this story was published.

While we found no evidence regarding Sberbank branches having a $20 cash withdrawal limit, the conflict in Ukraine did lead to fears that the bank could fail, according to a report from Reuters, which cited a warning from the European Central Bank.

Also, on a similar subject, The National Bank of Ukraine imposed cash withdrawal limits after the invasion began, according to The Wall Street Journal. However, again, those limits were reported to be nowhere near $20. Instead, the reporting said the limit was "100,000 Ukrainian hryvnia a day, equivalent to about $3,339.13."

This story will be updated if we receive further information.