What, exactly, should I be saying to drugs? 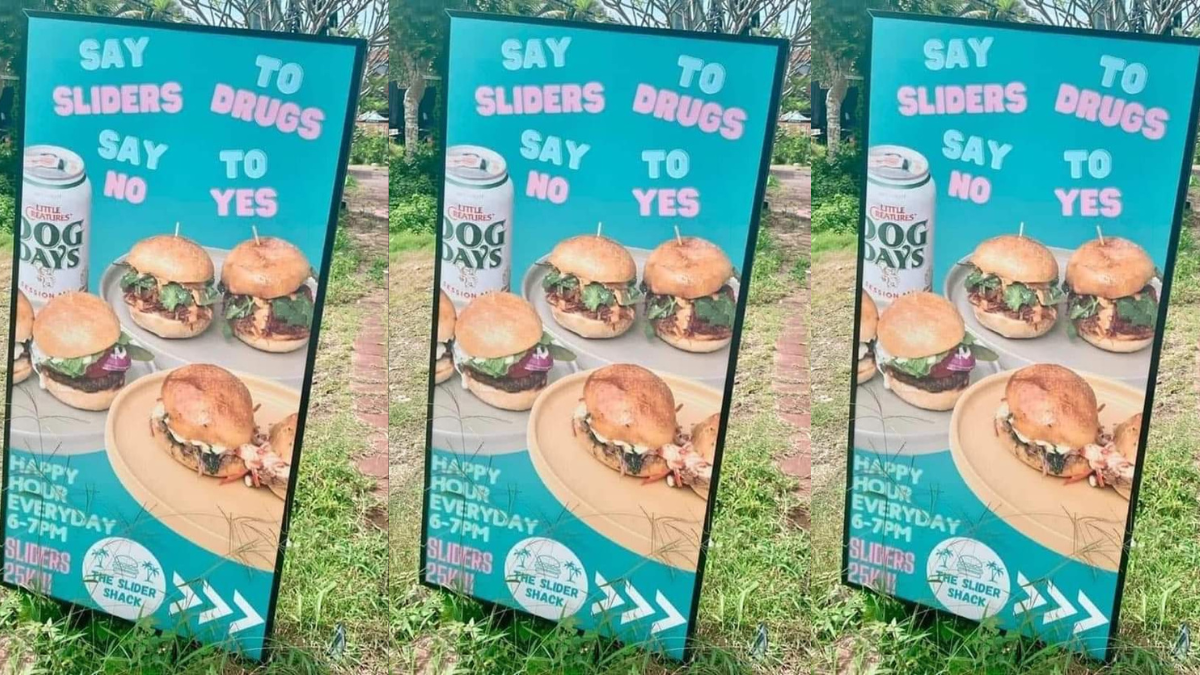 Claim:
A sign for the "Slider Shack" restaurant implores customers to "Say sliders to drugs, say no to yes."
Rating:

In June 2022, a photograph supposedly showing an advertisement for "The Slider Shack" that seemingly suggested that customers should "Say sliders to drugs, say yes to no" went viral on social media: While this photograph is genuine, many people expressed some skepticism over the signage. What exactly was this restaurant trying to say? Was this the restaurant's mistake or the sign maker's? Was this sign supposed to say "Say yes to sliders, say no to drugs?"

To make things a little more confusing, many people noticed that this sign resembled another viral image of an anti-drug public service announcement featuring the Teenage Mutant Ninja Turtles. Since the viral TMNT sign (which read "say pizza to drugs, say no to yes") was an altered image, maybe this sign was also the result of some digital editing.

We reached out to both the Slider Shack and the Sign Haus for more information, but we've yet to hear back. We'll update this article if more details become available.