The movie was released in 2004 and is set in a fictional city. 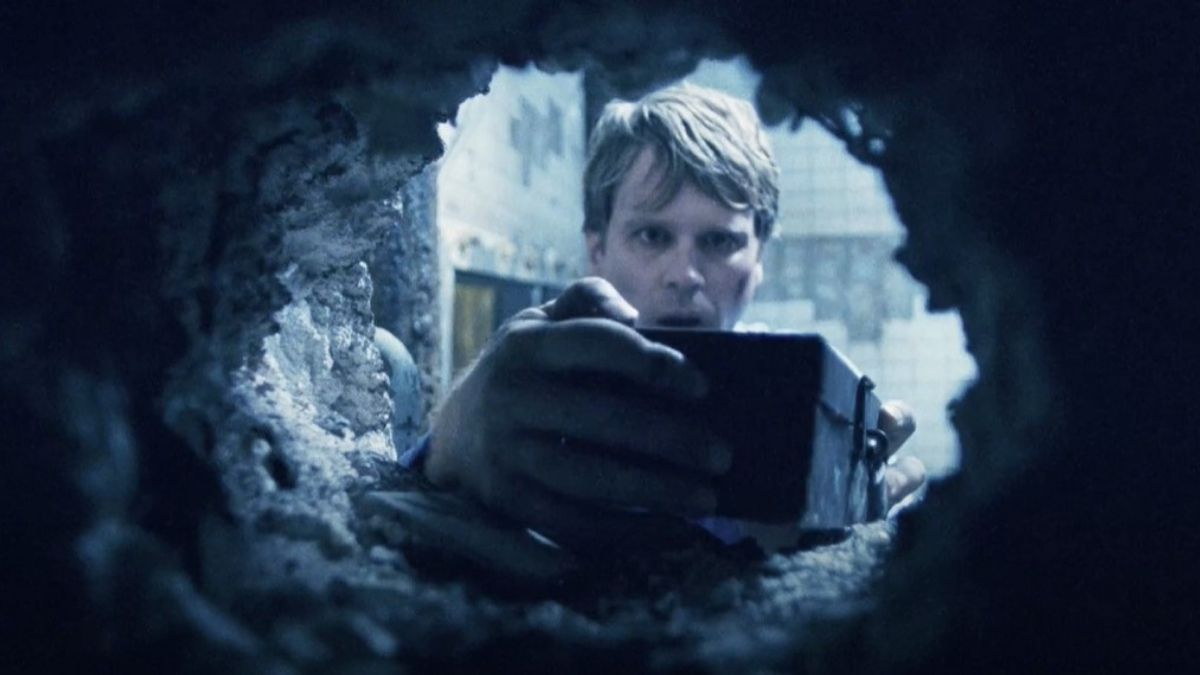 While a cellphone in the movie truly shows the date 9/10/01, this is not definitive proof that the movie is set just before the 9/11 attacks. In fact, another prop in this movie displays a date from the year 2004, the year the movie was made.

In May 2021, a picture went viral on Twitter that supposedly showed Dr. Lawrence Gordon, a character in the movie "Saw" played by actor Cary Elwes, holding a phone displaying the date 9/10/2001, or the day before the 9/11 terrorist attack on the United States. Twitter user @murderwizard posted the picture along with a jokey message, reading: "Feel bad for the guys in SAW cause tomorrow’s gonna be a bummer too." We were doubtful that this was a genuine still at first. For starters, "Saw," a horror film directed by James Wan that focuses on a group of characters trying to survive a murderous carnival of "games" set in motion by the Jigsaw killer, was filmed in 2004, three years after the attack on 9/11. Furthermore, the now-defunct website phonesinmovies.com carried a nearly identical still that showed no time displayed on Elwes phones.

We viewed a copy of "Saw," however, and were surprised to find that this is a genuine still from the movie. (Potential spoilers for this 15-year-old movie ahead.)

At around the 57:20 mark, Elwes finds various items, including a phone, inside of a box. While it's only visible for a moment, viewers can clearly see the date 9/10/2001 displayed briefly on the phone's display. While the above-displayed image truly shows the date 9/10/01 on a cellphone, this does not necessarily mean that the film took place on the day before the 9/11. This could very well just be a coincidence. In fact, if we use movie props to determine the year the events of this movie took place, it may just as well be 2004. Twitter user @wikifan988 alerted us to another scene in the movie (around the 17:25 mark) where an evidence bag can seen bearing the date 2004. The chronological order of events in "Saw" and its eight sequels is a bit confusing, as the story is told a non-linear fashion. Generally speaking, though, these movies are set in present day in a fictional city in the U.S. Darren Lynn Bousman, who directed "Saw II," "Saw III," and "Saw IV," said on the MovieMaker podcast:

"There are rules that Dan Heffner, Mark Burg and Oren Koules as the film’s producers kind of have, and one of them is is that they never want to name the city it takes place in ... And it became a thing in Saw 1, that [director] James [Wan] never named it, and it just became something that we did as well."

The exact year these movies take place is also a little unclear, other than to say that these are not period films and seem to take place in present day. The original "Saw" was released in 2004, and the events of that movie likely took place during that year, as well. The display on this phone could be an indication that events of the first film took place a few years prior. Or, since this phone was shut in a box inside a wall with little to no reception, it's possible that this displayed date was incorrect. It's also possible that this was a mistake or that the filmmakers purposefully included this date as a bit of a grotesque nod to the horrific events of 9/11.

While we still have a lot of questions about this phone, we can say that this screenshot is undoubtedly real.