Does This Satellite Pic Show Diwali Celebration From Space?

The festival of lights does not produce this much light. 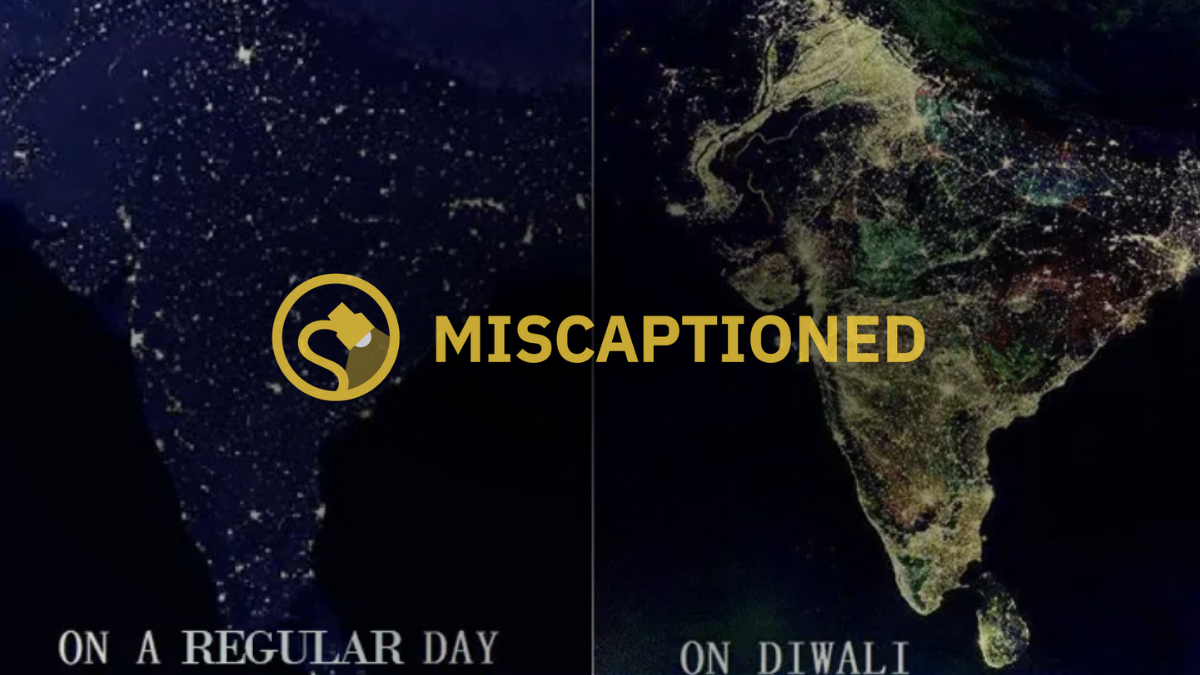 In November 2021, a photograph from space supposedly showing Diwali — a "festival of lights" that is celebrated by millions of Hindus, Jains, Sikhs, and Buddhists across India — was circulated on social media. The image on the right does not show how India looks from space during Diwali.

According to NASA, this image was created by combining a series of images over multiple years in an attempt to show population growth. NASA writes:

An image that claims to show the region lit for Diwali has been circulating on social media websites and the Internet in recent years. In fact, it does not show what it claims. That image, based on data from the Operational Linescan System flown on U.S. Defense Meteorological Satellite Program (DMSP) satellites, is a color-composite created in 2003 by NOAA scientist Chris Elvidge to highlight population growth over time. In that image, white areas show city lights that were visible prior to 1992, while blue, green, and red shades indicate city lights that became visible in 1992, 1998, and 2003 respectively.

NASA adds that while Diwali is certainly a thing to behold when standing on the surface of earth, the light produced during the festival of lights isn't enough to be visible from space with normal satellite imagery.

In reality, any extra light produced during Diwali is so subtle that it is likely imperceptible when observed from space.

However, infrared cameras can detect the light produced during Diwali. In 2012, NASA's Suomi NPP satellite took an infrared image of South Asia during Diwali. The NASA History Office re-shared this image in 2021 in celebration of the holiday:

“Seen the Viral NASA Diwali Photo Again This Year? Here’s All You Need to Know about It.” DNA India, 5 Nov. 2021, https://www.dnaindia.com/viral/report-seen-the-viral-nasa-diwali-photo-again-this-year-here-s-all-you-need-to-know-about-it-2918456.