Devil in the Dancehall

A young girl dancing with a handsome stranger notices his cloven hooves. 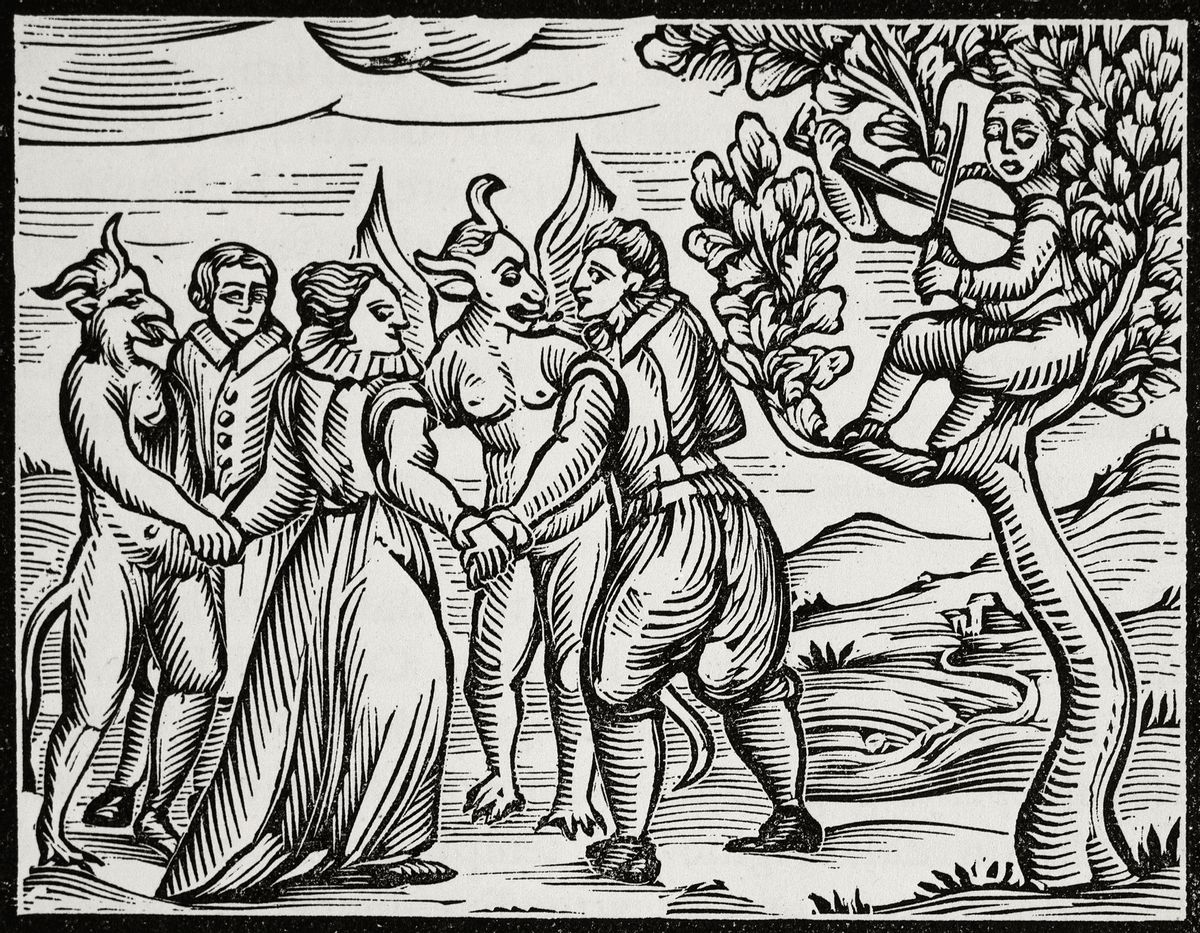 Claim:
Horrified onlookers notice that the enthralling stranger dancing with a pretty girl from the village has cloven hooves.
Rating:

This legend is quite well known in the Southwestern United States, but is almost unheard of in any other part of the U.S.

It is said that one of the last Sundays [before Lent] a servant woman went to confession and communion. Despite the reprimands of her mother, an honest laundress, who warned her not to desecrate the day by mundane festivities, she couldn't resist the temptation and was going that same night to dance at The Vineyard [a ballroom situated in an inner suburb of Danzig].

The punishment for her impiety came quickly. Around midnight, she saw a handsomely dressed stranger with black hair and eyes that glistened like onyx, coming towards her to ask her for a dance. She took his arm with pleasure as they began to dance with perfect grace, but faster and faster . . .

One of the musicians watched the dancing people carefully, and one can imagine how he felt when he noticed that the stranger had the cloven hoof of Satan! He drew his comrades' attention to it, and in the very middle of the waltz they were playing, they changed the tune and broke into a religous hymn. The clock struck twelve, the devil pulled his partner close to him and in a frantic whirl crossed with her to the other side of the room and crashed through the window. The girl was found lying on the green grass in the garden covered with broken glass. The devil had disappeared.

It shows up in any number of other cultures, though.

It was Halloween 1975 at the El Camaroncito Nite Club off Old Highway 90 [San Antonio] when a handsome stranger waltzed in and turned all the women's heads.

A brilliant dancer, he had all the moves. Even the shyest girl in the room, says local historian and author Docia Williams, couldn't resist his request for a cumbia.

"But something strange happened when they were dancing," Williams said. "For a moment the enchanted woman broke out of her almost hypnotic trance and she glanced to the floor. 'Your feet! Your feet!' she screamed, and tore herself from the tight embrace of her partner."

"It's the sign of the devil," Williams said. "Other women began to scream and say prayers."

Suddenly, the stranger disappeared into the men's restroom and left without a trace.

That is, except for a strong smell of sulphur — the devil's scent.

Numerous venerable legends describe encounters with witches or other diabolical beings whose identities are realized only once onlookers catch sight of the dancers' horse-like hooves or chicken feet. (According to lore, the only part of himself the Devil cannot transform when he takes human shape are his feet.)

This legend has updated itself with the times, with the setting shifting from a fiesta or town dance to a dance club or disco. Sometimes even the name of the dance specified. A version making specific mention of the Lambada surfaced in 1992.

The "mysterious stranger revealed to be the Devil" motif is common to many legends. Here's another:

In an old cabin several men were playing poker by the light of a kerosene lantern. Money was lost and won, liquor flowed, but everyone was in a good mood and there were no fights. There was a knock at the door so one of the men answered it; the visitor was a tall dark stranger who asked if he could come in for the night. The men welcomed him and he started playing cards with them but soon they noticed he was winning all their money.

One of the men dropped a card on the floor and bent down to pick it up. As he did this he glanced under the table — and saw that the stranger's feet were cloven hooves! In a panic he lunged up, knocking over the table and the kerosene lantern. The cabin caught fire and the men rushed out the door — all except for the stranger. Terrified, the men huddled under a tree until dawn. As the sun came up, they regained their courage and approached the cabin — and they discovered their silver money melted in the shape of an upside down cross.