Did Sarah Sanders Give This Snarky Response About Trump's Tax Returns?

Some were fooled by a joke that depicted the press secretary as repeating conspiracy theories about Obama in response to a reporter's question. 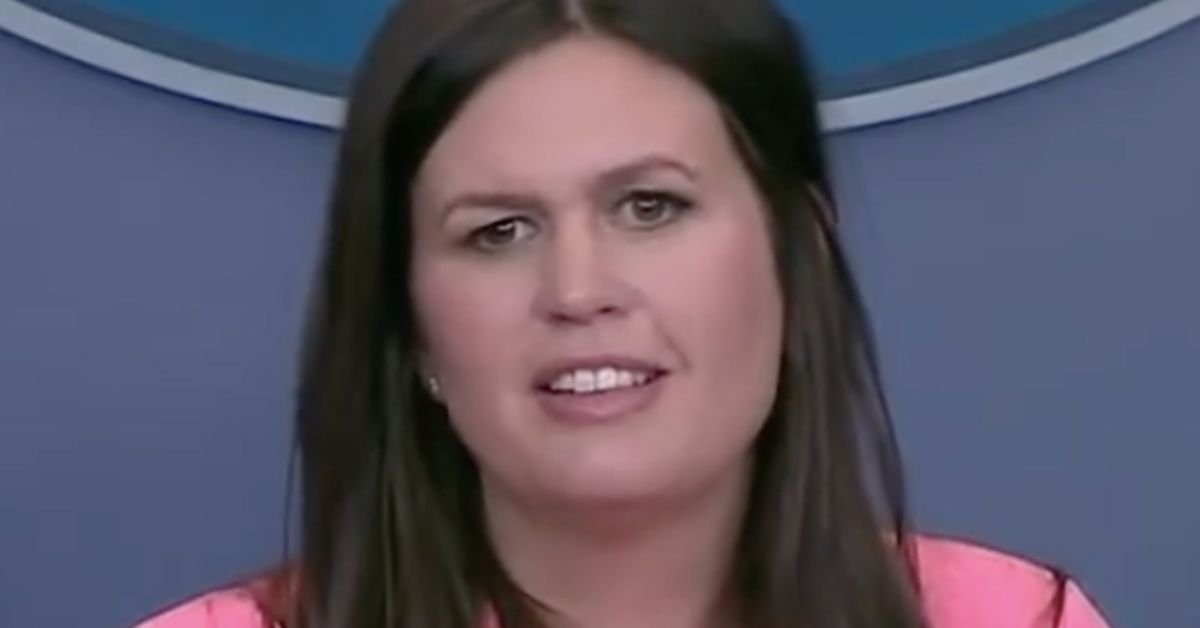 Claim:
Press Secretary Sarah Sanders said that President Trump's tax returns were being kept "underneath President Obama’s college records" and "his passport application" where nobody would find them.
Rating:

Press Secretary Sarah Huckabee Sanders frequently made headlines in 2017 in articles both praising and criticizing her performance. So when an anecdote describing a witty exchange Sanders reportedly had with an MSNBC reporter over the location of Trump's tax returns, many viewers mistook it for a genuine news item:

During a recent press conference, a reporter with MSNBC hollered from the press corps, "Where is President Trump hiding his tax returns?"

"And just where is that?", said the reporter, sarcastically.

Mrs. Sanders grinned and said, "They are underneath Obama's college records, his passport application, his immigration status as a student, his funding sources to pay for college, his college records, and his Selective Service registration.

However, this exchange never occurred.

This item has been circulating via email, internet forums, and social media since at least April 2017 and it was originally attributed to Sanders's predecessor, Sean Spicer: Early iterations of the joke were frequently accompanied by messages indicating that this was a fictional exchange and not a genuine news item:

I am so sorry, but with all the seriousness and downright hatred running around – we could not help ourselves! C’mon you gotta laugh once in a while to keep from screaming anyway…

Since I did not hear it, it is probably just a joke doing the email circuit. But at the very least, the author NAILED IT!

I am sure some of you might not find this amusing as I do, but sometimes the truth isn’t amusing. This was sent to me me earlier today and while I did not fact check it, there really is no need to as the point is easy to understand.

If Sanders (or Spicer) truly did take part in this exchange (which she didn't), she would have been spreading several debunked conspiracy theories about President Trump's predecessor, including the claims that Obama didn't graduate college (he did); that he received financial aid as a "foreign student" (he did not); that his selective service registration is "sealed" (it is public); that he visited Pakistan when U.S. citizens were banned from traveling there (he did not); and the oft-touted (and discredited) theory that he was not born in the United States (he was born in Hawaii).

We also found no news accounts documenting this nonexistent exchange with Sanders (or Spicer). Since the position of press secretary has been heavily scrutinized during the Trump administration, it is extremely unlikely that such an exchange would have gone unreported.