Did Sarah Palin Bash NATO Allies for Not Helping During World War II? 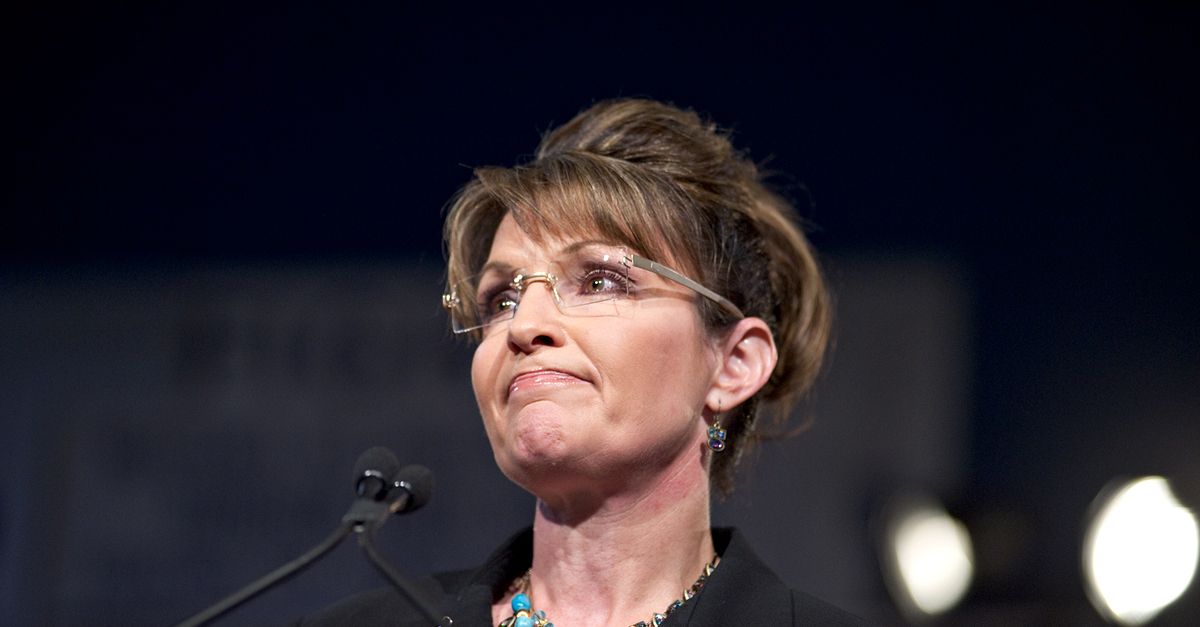 Claim:
During an interview Sarah Palin asked, "What has NATO ever done for us? Where were they in World War II, when America defeated the Nazis.”
Rating:

On 13 July 2018, the Business Standard News website published an article about a gaffe former Alaska governor Sarah Palin supposedly made during a television interview, during which she criticized NATO for not helping the United States during World War II:

Trump has bashed NATO and threatened to walk away from the alliance. The clueless president also told a bold face lie, when he said that the United States pays for about 90 percent of NATO’s costs. (Actually, it’s about 23 percent.)

But Trump has his supporters in the United States including well-known American quarter-wit Sarah Palin.

In an interview with right-wing One America News Network (OANN,) Palin joined Trump in bashing NATO.

“America is spending too much money defending a bunch of elitist Europeans, who look down their noses at us,” said Palin. “What has NATO ever done for us? Where were they in World War II, when America defeated the Nazis.”

Such a statement would be considered absurd because the North Atlantic Treaty Organization (NATO), an intergovernmental military alliance between North American and European countries, was not formed until 1949, four years after the end of World War II. (NATO was largely created in response to issues stemming from the aftermath of that conflict, and many of its future member nations did in fact take part as belligerents in World War II.)

But Sarah Palin said no such thing, during an interview with OANN or anyone else. The only source reporting that she did was Business Standard News (also known as "BS News"), a satirical website that does not publish factual stories. The site carries a disclaimer noting that its content is "satirical" and designed to "parody the 24-hour news cycle."