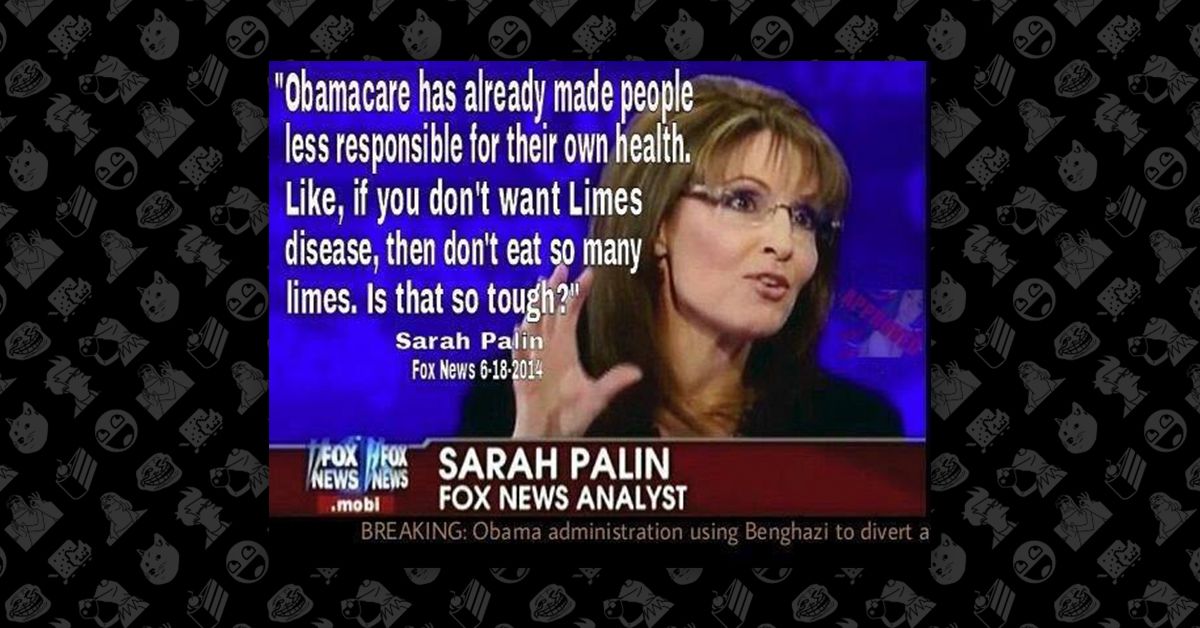 In May 2017, the Affordable Care Act (more popularly known as Obamacare) returned to the news thanks to a Congressional vote to attempt to change the health insurance law. Those developments resurrected a meme that attributed the following quote to former Alaska governor and one-time vice presidential candidate, Sarah Palin:

Obamacare has already made people less responsible for their own health. Like, if you don't want limes disease, then don't eat so many limes. Is that so tough?

Although the precise origin of the meme was not immediately apparent, we were able to find that it was published at least as early as June 2014 by Facebook pages such as Republican BS and FreeDumb Nation: The meme bears a faint watermark, which is difficult to spot (it's located at the mid-to-lower right hand corner or the image) but is associated with the satire page Christians for Michele Bachmann.

The same watermark can be more clearly seen on another image created by the same satirical Facebook page (original background art credited to @the_pizzacat on Instagram): Nothing that comes from this page is intended to be taken seriously — including the quote attributed to Palin.