Is Sarah Huckabee Sanders Being Replaced?

This move is possibly fated to happen someday, but for now it's fake news. 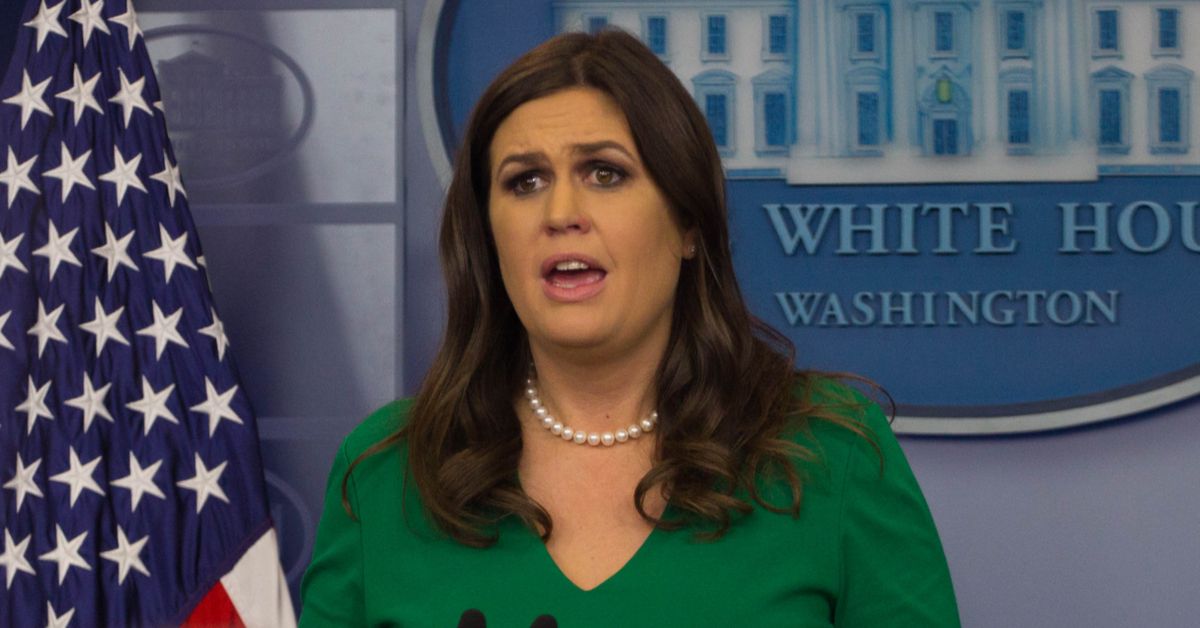 Claim:
Sarah Huckabee Sanders has lost the confidence of the President and will be replaced.
Rating:

On 10 May 2018, the Daily World Update web site published an article reporting that embattled White House Press Secretary had "lost the confidence" of President Trump and would soon be replaced:

Rumor has it that Sarah Huckabee Sanders has lost the confidence of the President and will be replaced.

Sanders, who showed she has no clue what’s actually going on, has been ineffectually moping about the press room for a few days now not even bothering to try.

There’s no official word yet when Sanders will be escorted out of the building with a box of things they let her keep or who will replace her. Some conservatives are pushing for Kim Davis to deliver a daily prayer instead of a press briefing since they accomplish nothing anymore anyway.

Although the Trump administration has experienced an unprecedented turnover in White House personnel, and the current press secretary may one day become part of that tally, no legitimate news organizations are reporting at this time that Sarah Sanders is on her way out.

This report was just a fabricated story that originated solely with Daily World Update, a site that is part of a fake news network which engages in political trolling under the guise of offering "satire."